Home/ Too Late To Return Completed 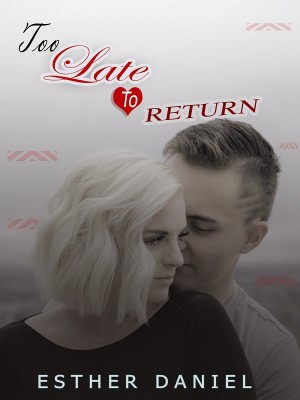 Too Late To Return

A one night stand with a mystery lover made her loose her marriage to her sister. She became pregnant with twins and thought her misery had just began. She left her country and returned four years later with two adorable twins. Her life made a turnaround for good when her sons ran into Mu Tinge, the idol of the business world and the richest man in the country. Lu Jingli wants her back but how does he intends to make Theresa Mo his lost love?

About
Table of Contents
Comments (45)

The Sunlight Shone upon her tired face. She opened her eyes wearily and felt weak and tired. She looked around the unfamiliar room and squinted, Where is she? She raised herself to a sitting position and felt her waist was sour. What happened to her? Why is she here? She remembered vaguely that Tiana had helped her into a room last night when she was drunk or rather she was drugged. She didn't remember anything else besides… Ah! Someone had taken advantage of her, she'd been raped! She immediately lifted the blanket and checked herself. The hickey, the blood stain and the pain of being torn only proved that she had been taken. She had lost her first time so carelessly. She is married and no way she can excuse herself or explain to Lu Jingli that she had lost her first time to someone else. She stood up quickly, picked up her dress on the floor and dashed into the bathroom. Just then Lu Jingli walked in with his mother and Tiana. "That's right, she had really been taken. The hooker you paid did his job well. Take the photos of the blood stain bedspread and let's leave"That's Lu Cherry. She's Lu Jingli's mother. " I have enough reason to divource her now and be married to the love of my life"Lu Jingli chimed and held Tiana close to his heated body and kissed her. "Easy my love. We will be married soon and I will become yours. My sister has been pushed out of the way"Tiana Mo said sounding really excited. Theresa Mo heard their conversation and couldn't believe her ears. Her husband and sister connived against her? She waited until the sound of their footsteps had gone far before she walked out of the bathroom with her dress on. She hurried her steps and walked away. Hardly had Theresa Mo left when Pascal Lee got into the room. He checked through and didn't see anyone. "Hello boss, the woman is gone. But I will show you the proof of her innocence"Pascal Lee said and took photos of the blood stain on the bed. Theresa Mo has always been a strong woman. She had married Lu Jingli out of an arranged marriage. She's a young woman of 21 years and the eldest daughter of the Mo family. Her mother was dead and her father died a year ago. She was left at the mercy of her stepmother who run the Mo business. Theresa Mo and Lu Jingli were only four months old in marriage. Though they didn't love each other, they agreed to nurture their feelings for each other first before going intimate. But despite she hadn't gone into intimacy with him, doesn't make her less his wife. But she can't imagine that Tiana would set her up so as to be with her husband. Theresa Mo arrived home in a taxi and went into the house: