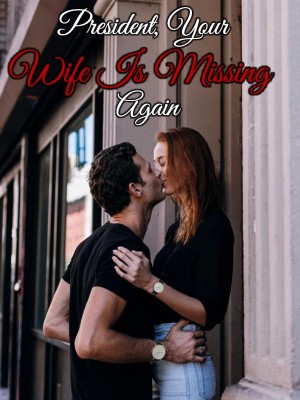 President, Your Wife Is Missing Again

Qiao Yanqi had thought that he had bumped into a rich second generation who was not to be trifled with, but who would have thought that not only would he be as rich as a country, he would also be the object of everyone in the business world! The assistant said, "President Li, Madam has been bullied by her ex-boyfriend and her family." "Tell them to cancel the contract and compensate for the loss of Lu Enterprises' stolen work!" The assistant said, "President Li, my wife has been bribed to the top of the search list." "Find a detective to investigate and start up the company to clarify the facts!" The assistant said, "President Li, Madam has been insulted by the anti-fans." "Hurry up and take some people to escort them! By the way, bring them back and scold them!" As soon as the man announced his proposal, all the media throughout the world started to broadcast it! Since then, who didn't know that Qiao Yanqi was his sweetheart? "Little thing, just do whatever you want. I'll protect you." "... A silly woman and a little thing. Can you call them serious?" "Yes, my wife!" "..." Under his protection, Qiao Yanqi tore at the scum with his hands and stepped on the path of the white lotus. The more he fought, the more he would never come back!

The end of the relationship was like a tornado, so fast that she was caught off guard.

The bright light of the car illuminated the pouring rain and the dark road.

The words of his ex-boyfriend echoed in his mind. "Qiao Yanqi, it's been five years since you started working in university! You didn't even let me touch you... Since you don't want to give me what I want, then let's call it a day."

The reason for being broken up was really funny.

It turned out that a single sentence could easily defeat a part of a relationship...

His light red lips curled up in a ridiculous way, and a self-mocking, sad smile appeared on his incomparably beautiful oval face.

A black shadow suddenly appeared in front of the car, and the slender and white bones of his fingers suddenly grasped the steering wheel. Qiao Yanqi, whose heart was in turmoil, hurriedly stepped on the brake.

The rain on the road, which was quickly crushed by the wheels, suddenly splashed. Because the car's inertia leaned forward, even if the car stopped in time, it still hit someone.

After recovering from the great shock in his heart, Qiao Yanqi immediately untied his seat belt in a flurry and hurriedly got out of the car to check the situation of the people who had been knocked down.

She bumped into a man.

Ignoring everything else, Qiao Yanqi was afraid that the man lying on the ground would lose his temper, so she quickly squatted down to help him up.

She held the man and said in a panic, "Sir, how are you doing?"

There was no movement!

The rain fell on his body without stopping, like heavy small stones, pressing down on the guilt that spread all over Qiao Yanqi's heart.

With her heart in her mouth, she helped the man up and reached out her hand to touch the man's neck.

Sensing that there was still movement on the man's neck, Qiao Yanqi hurriedly struggled to help him away.

When she helped the man up, the blood on the ground had been washed away.

The man's body was very tall, so after helping him to the back seat, Qiao Yanqi was almost exhausted.

Qiao Yanqi sat back in the driver's seat and looked at the time on the screen. Then she looked at the man who was lying in the back seat.

She grabbed the steering wheel, gritted her teeth, stepped on the accelerator, and started the car.

The moment she started the car, the man lying in the back seat stared at her petite back with his cold black eyes.

Behind Qiao Yanqi's car, a Rolls-Royce Phantom followed closely behind.

Because it was a long way to the hospital and it was late at night, and it was raining heavily, Qiao Yanqi had to take the man back to her apartment after thinking about it for a while.

He struggled to put the man on the bed. If he hadn't been running around in the crew these days, he probably wouldn't have been able to carry such a big man back to the apartment on the tenth floor.

Qiao Yanqi took off his windbreaker and quickly found his medicine chest. He then took out a clean towel and bathrobe.

Even though her body was wet, she couldn't care less.

The most important thing was to save people!

If he missed the best time to treat the wound, he might really die!

While Qiao Yanqi took out the necessary items from the first aid kit in an orderly manner, he thought to himself in a panic. He didn't know if she had hit him too hard!

As he raised his hand and put it in his palm, the heavy burden in Qiao Yanqi's heart suddenly fell to the ground.

His body was wet. He had to take off his clothes first and see where his injuries were!

Qiao VII knitted her beautiful brows tightly and prayed with all her might in her heart.

"The hope is not very serious!"

"I, I'm sorry! Sir!" Looking at the man on the bed, she closed her eyes and licked her lips nervously. "I, I'm sorry!"

At the thought of taking off the clothes for a stranger, Qiao Yanqi, who had never done such a thing before, couldn't help but feel embarrassed and flustered.

After taking off the man's suit, she trembled and raised her hand to untie the man's black shirt.

When Qiao Yanqi took off the man's shirt, he realized that there were two knife wounds on the man's right arm!

It was a blood-curdling sight!

She subconsciously wanted to treat the man's wound, so she temporarily forgot her original shyness.

She knew a few simple ways to clean the wound. First, she gently applied alcohol and disinfectant water on her feet, and then she sprinkled Yunnan white medicine on it, and then wrapped it with bandages.

When Qiao Yanqi tied the bandages, it could be said that he was very energetic! His little face, which was stained with tiny drops of water, was as red as an apple.

What she didn't know was that when she tied the belt with all her might, the man's dark eyebrows seemed to tremble slightly.

She tied his hand so tightly. Did this woman take his hand as a hemp bag with a treasure...

If it went on like this, his right hand would probably be ruined!

"It seems that tying it too tightly is not good for the circulation of blood?"

She was afraid that if she helped him out of kindness, he would ruin her hand indirectly...

Thinking of this, she hurriedly adjusted the bandage.

Black's brows seemed to have relaxed for a moment.

This stupid woman was smart when she did things.

Qiao Yanqi took a towel and began to wipe the water off the man's hair.

Under the warm yellow lamp, his black hair, which was covered with crystal clear water droplets, faintly reflected a faint light luster.

When the towel fell on the man's face, Qiao Yanqi, who was stunned by the man's peerless appearance, couldn't help but swallow her saliva!

Her eyebrows were like ink, her eyelashes were straight and long, her nose was tall and straight, her lips were extremely beautiful, and her features were clear and firm!

Wiping away the tiny drops of water on his face, the man's skin was so white that no pores could be seen, which made Qiao Yanqi even more stunned!

This man's looks were simply too amazing!!

Looking down, Qiao Yanqi only felt that the blood groove was being hit out little by little.

The prominent Adam's apple, the clear one-word collarbone, the sturdy chest muscles, the orderly abdominal muscles, and the mermaid's line—stop!!

Qiao Yanqi threw away the towel. As soon as she turned around, she covered her burning cheeks with both hands.

"How dare you peek at other people's bodies while a handsome man is in a coma!"

Her heart was still beating wildly. The strong strength was almost out of her throat!

Just as she was about to turn around in embarrassment, the man opened his eyes and glanced at her indifferently. The corners of his thin and cold lips curled up slightly.

But in just a moment, the man closed his eyes quietly.

What are you thinking about?! There's still something important to do!!

Qiao Yanqi suddenly turned around and began to put away the towel and the medicine with the heat that could not be gotten rid of on her face for a long time.

Fortunately, the person involved did not know what she had done. Otherwise, she would have lost her dignity on the spot!

Just as she was about to put the medicine chest away, she immediately stopped what she was doing. She suddenly remembered that there seemed to be something missing.

It was not wrong to take off his jacket and jacket, but his pants...

Qiao Yanqi, who was stunned on the spot, felt the heat on her little face spreading to her ears!

His mind was racing!

"Should I help him change his clothes? No, changing his pants is too improper. It's improper for a man and a woman to get close to each other!"

However, she was the one who hit him. If she didn't take full responsibility for him, when he woke up, he would definitely think that she was insincere!

"One more ten thousand steps. If this person is a rich second generation or something that I can't afford to offend, I'll bring her to court because of this..."

Qiao Yanqi's delicate brows knitted together in an instant.

Her acting career had just begun, and she was in a crucial period! This kind of news could never appear!!

In order to have a clear conscience and be worthy of the injured person who was hit, Qiao Yanqi's eyes suddenly fell on the man's belt.

Her two small hands reached out nervously and furtively, and Qiao Yanqi pressed her lips together in a panic.

A silver "Song" character was carved on the front of the belt.

However, Qiao Yanqi only wanted to take off her belt, so she had no time to appreciate the uniqueness of her belt.

Qiao Yanqi lowered her head and seriously tugged at the belt on her hand.

If one looked at her from a different angle, those who didn't know would think that she was doing something dirty!

No matter how hard he tried, he couldn't get rid of it. In the end, the depressed Qiao Yanqi took out a pair of scissors.

She narrowed her eyes and glared at the wicked belt, putting on an evil expression. "Since you're not sensible, then don't blame me for being ruthless!"

The sharp scissors shone with a cold glimmer. When the scissors went down and were about to be executed—a big hand suddenly grabbed Qiao Yanqi's slender wrist!

All of a sudden, a cold voice came.

"Are you going to cut me off?"