Home/ Fantasy: My Disciples All Are Saints Ongoing 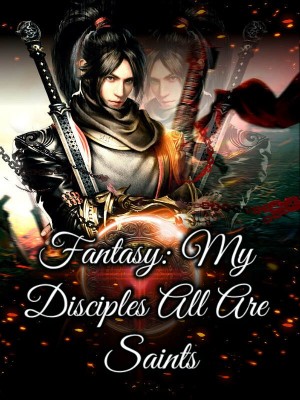 Fantasy: My Disciples All Are Saints

Shen Jun had been dead for 800 years. After his resurrection, he found that his disciples had all become top leaders? All walks of life had been monopolized by his own disciples? Disciples, come and experience the love of your master, who has been late for 800 years!

A majestic and luxurious palace stood there.

The large hall was lifeless and silent for eight hundred years. It was as strange as the Underworld Palace.

On the white jade carved gate of the hall, there were three big characters engraved with iron and silver hooks.

Yes, it was not an imperial palace, but a tomb!

On the Green Wood Continent, there was indeed a tradition of building tombs for the dead superiors or emperors. The size and size of the tombs often represented the identity of the owner of the tombs.

And this tomb was really too big.

Just the palaces on the ground alone were already enough to shock the world. Meanwhile, underground, there was still an entire imperial city!

Just what kind of person could enjoy this honor even after death?

At this time, a team of grave robbers composed entirely of cultivators had successfully entered the edge of the underground palace and was moving forward carefully.

"Mr. Zhang, we've been here for three days. How long will it take for us to reach the main hall?" In the team, a middle-aged man in luxurious clothes looked at everything in front of him with burning eyes. "I can't wait to see the treasures in the palace."

"Do you think all the traps and formations in Shen Junling are set up? They are all the work of a real Great Sage!" Mr. Zhang scolded him rudely.

"I warn you, don't act rashly. Even if you have to stay here for an entire year, don't be impatient."

"If anything goes wrong, none of us can get out of here alive!"

The whole team was stunned by the roar, and the middle-aged man's face was gloomy.

No one dared to speak.

This old man was the only one in the team who had set up an array for half of his life. Without him, everyone would be trapped in this tomb where there was no daylight.

Everyone knew that Mr. Zhang's words were not exaggerated at all.

This flamboyant tomb had been standing for 800 years. Which cultivator in the world didn't remember the mountains of gold and silver in it?

But in the past 800 years, had anyone taken a brick and a tile away?

Those who came to rob the tomb were likely to be buried with the grave master.

However, Shen Junling was still standing there.

How could Mr. Zhang not be careful?

However, just as Mr. Zhang led the team forward slowly, a very thin sound of breathing suddenly came from the main hall in the tomb.

"Ding-dong, the last disciple of the host has successfully entered the Divine Realm, and the super mentor system has been activated again."

After the machine's female voice sounded, the corpse that had been lying in the coffin for 800 years suddenly opened its eyes!

Two beams of light burst out of his bright eyes!

"Did I... come back to life?" Shen Jun, who had just woken up, was clearly a little confused.

"Yes, the host has been dead for 800 years." The system replied.

"Eight hundred years?" Shen Jun was stunned at first, and then he almost jumped out of the coffin.

In the coffin, Shen Jun stamped his feet in anger. "The dog system, you really played me to death, didn't you? And you've been dead for 800 years?!"

A white-haired elder with a face full of wrinkles called himself young master. This really was a bit strange.

But just as he was about to show off in the cultivation world, he found that he was not only a useless person without any talent for cultivation, but even the system he brought was also a super mentor system. He could only be a teacher and could not strengthen himself.

At that time, Shen Jun almost died of depression.

But even so, Shen Jun still found a way for him to become an immortal.

That was to accept disciples!

As long as he accepted 81 disciples and trained them all to the Great Saint Realm, he would be able to start the system's heaven-defying life-changing process and completely counter-attack!

With the goal, Shen Jun quickly took action and began to recruit disciples all over the world. He carefully taught them one by one and devoted himself to helping them actualize the Tao.

However, even with the system, Shen Jun still spent an entire sixty-one years to take in eighty-one disciples.

With enough disciples, Shen Jun's lifespan was about to reach its end.

How difficult would it be for eighty-one Great Saints?

Even with the help of the system, and even if the disciples were all outstanding talents, Shen Jun was still unable to achieve his goal when his lifespan was exhausted.

In the end, he had no choice but to fall asleep in the underground palace.

Just as Shen Jun was recalling the past, the system's voice rang out again. "Congratulations to all of your disciples for achieving the Great Dao and breaking through to the Great Saint Realm. Your host has completed the Great Dao's oath. The change of life is about to begin."

A bright light flashed through Shen Jun's eyes, and his heart was pounding.

He had been waiting for this day for more than a hundred years, but he didn't expect that he would accept a heaven-defying change of life in the coffin.

"Oh, that doesn't seem right." Shen Jun seemed to have suddenly thought of something. "Back then, I thought that all of my disciples were extremely talented. Furthermore, I'm a super teacher with such a system. No matter how difficult it is to reach the Great Saint realm, as long as I focus on my cultivation, I'll be able to break through in two to three hundred years."

"It must be Wang Hao. He wants to be in love all day and doesn't want to make any progress!"

"It's either Wen Qing. She smells good every day and skips my lessons every day!"

"System, tell me, who exactly is it? It took 800 years for him to become a saint?!" Shen Jun gnashed his teeth in anger and his beard was trembling. "I have to open his ass!"

There was no response from the system.

Shen Jun was speechless for a while. Only then did he remember that the dog system in his body never seemed to favor him too much.

"Forget it." Shen Jun waved his hand. "At worst, I'll look for them one by one. When the time comes, I can let those two hundred and fifty junior brothers and sisters watch the show. Hahaha."

To have his master die 800 years ago was truly infuriating!

"Ding-dong." The system prompt sounded once again. "The life changing procedure is about to start. Please prepare for it."

After waiting for the opportunity of eight hundred years, Shen Jun did not dare to slack off. He quickly closed his mind and sat down in the coffin with all his heart.

At the same time, the sky above Shen Junling had completely changed.

A huge eye of wind appeared in the air above the tomb. A strong suction force burst out from it and sucked away all the Spiritual Qi within a radius of hundreds of miles!

In an instant, the sky was covered with dark clouds. In the dark clouds, lightning flashed and thunder rumbled. Majestic Spiritual Qi gathered in the eye of the wind, ready to fall down at any time.

Fortunately, Shen Junling occupied too much space, so he built it far away from people. Otherwise, such a horrible vision of heaven and earth would have shocked many forces.

The accumulation of strength was finally completed. The majestic and pure spirit energy smashed down like a torrent. It penetrated through the soil that was hundreds of meters deep effortlessly and poured down on Shen Jun, washing and nourishing every corner of his body.

In the blink of an eye, Shen Jun had slowly returned to being a delicate and handsome young man of 17 or 18 years old!

Shen Jun accepted the benefits of being late for 800 years with all his heart and soul. He almost groaned in comfort.