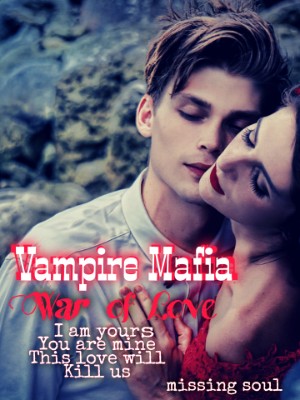 "Don't play with me, I can hurt you Clara; get out of here immediately!" Adrik yelled at her, pulling her away from him. "But why?" Clara inquired. Adrik Novikov was a vicious member of the Italian Mafia organization " Novikov Consigliere," which was owned by his adoptive father. He is also a top graduate medical student from Harvard University who has worked as a professional surgeon in a top hospital in his country. Because he strongly believes in the sanctity of human life and suppresses his craving for blood to treat terminally sick patients and save lives, he can conceal his Mafia identity and live freely everywhere. His life is turned upside down when his adopted father dies and his stepbrother takes over as godfather and tries to frame Adrik to death, but he forgives him for the sake of his adoptive parents and leaves Italy with his best friend Darwin to settle in California, USA. Starts working as a professional surgeon in a well-known hospital, where his love life begins with one of his colleagues, Clara William. A fiery doctor and the daughter of Chaelol Group chairman Jace William, who owns the hospital. She is extremely capable but snobbish and self-centered. How will they make a couple when they both have the same personality "Aggressive?" No one is willing to accept defeat. Adrik intends to make her despise him! Clara wishes to make him fall in love with her! Who will triumph in this love conflict?

"Adrik, you are so macho, your muscular physique simply draws me in, your greenish eyes, your attractive face, and your manhood aura is making me go wild for you even more," Olivia, his brother's wife, said, climbing onto his lap and rubbing her body against his.

"Stay away from me."

He only said one line with no expression on his face.

"I don't want to, darling Sexy, you're more gorgeous when you're angry."

Olivia continued to brush her soft skin as she reached down for his _."

"I said stay away from me," Adrik snapped, hurling her down the sofa.

And then he exited the room.

"I-I am not going to leave you, Adrik Novikov," she tightened her fist, "you just wait and watch."

Lucas, his personal bodyguard, stopped him as soon as he walked out the door.

"Mr Consiglier, before dying, Godfather assigned you final mission, to collect Jack Smirnov's sign and if he disagrees, just kill him," Lucas stated.

He was Adrik's most trusted confidant.

Adrik felt like he had no one left in this world, that he was alone now, his heart fell in pain. That man who died was his everything because he has never met his parents.

Godfather brought him up as his son, gave him a high-level study at Harvard University since he didn't want him into the mafia world. And he did not let his father down, he completed the medical examination and became a hepato-pancreatic surgeon.

But, because he discovered something weird within his body that is developing, he can't perform any surgery. After seeing blood, he felt like bitting. He wanted blood to suppressed his thirst

In his thoughts, all of this notion revolved.

"Are you alright, boss? Lucas asked Adrik when he saw him lost in his thoughts.

"Yes, I'm all right, take the car out. Let's finish the last task given by my father," he coldly answered.

Adrik instructed Lucas to wait in a car after arriving at the Villa Jack Smirnov.

He walked inside alone like a panther with a chilly atmosphere, his nomadic green eyes twinkled. A major aspect of his ambitious nature was the derring persona and his bass voice .

He went inside the huge hall where Jace Smirnov was sitting smoking.

Jace felt raced through his veins frigid breeze, his hands shook from the resting rod of his chair.

Yes, Adrik Novikov is feared by his adversaries. They were widely identified in terms of how he assaults and kills his foes without compassion.

"Are you going to sign the deal with us or not? I don't like wasting my time_"

So hurry up and make the present decision, "Adrik's bass voice resonated across the hall.

Adrik was urging a wealthy farm owner of Italy to sign a contract with the Novikov family, as assigned by his late father, although he appears to disagree with the contract "the terms and requirements

"Think about it again; perhaps I'll let you live."

Take a seat, "I have no fear of your bloody Mafia organisation. I will not sign a contract with the Novikov family. And it's my final call. In fact, I pity you for pleading for my sign. Guards allow him access to the outside of my villa. I'd like to get some rest." Adrik Novikov is insulted by Jace Smirnov of the farmyard.

"I believe your life no longer matters to you, okk!! Before your last breath departs your useless body, I will offer you a terrifying experience."

"Guards, murder this man and his bodyguard," Jace said commandingly to his bodyguards. He intended to attack Adrik because he was alone today.

"Jace, you've done an excellent job. I also had no intention of signing any form of contract with you."

Adrik smiled, but his smile was so frigid that anybody could feel his terror.

He unfastened his tie and kicked a guard who approached him. His athletic fighting instinct kicks in, and in a matter of minutes, all of the guards are laying on the ground with shattered limbs.

"It's not over yet!" He pulled his Glock-17 pistols from his back, which were tucked within his belt and disguised by his long coat.

Adrik shot all of the bodyguards one by one, except Jace, who was shivering in terror.

" What do you think, I am?" You should have hired professional assassins to murder me.

"Once again, the same meaningless nonsense." Crying, pleading for compassion, shit' I despise it."

He kicked Jace off his feet and sat down on the sofa.

"A-Adrik I apologise; nonetheless, I am eager to sign a deal with you. "Please don't kill me," pleaded Jace.

Adrik leaned back on the sofa, his gaze fixed on the ceiling's luxuriously costly lamp hanging.

Jace had a chance to save himself from Adrik. He noticed IMI Tavor TAR-21 in the hands of one of his bodyguards. Jace crept gently towards it, but__

"BANG!" "Begging for compassion while still attempting to kill me, huhh?" Adrik turned his head to face Jace Smirnov, who had just been shot in the right leg by Adrik.

Crying in agony, he crept backwards.

He tightened his teeth in an attempt to tame his inner monster.

He twitched his body with a loud growl, but it was out of his control; two sharp long spear-like teeth emerged, shredding his jaw, and his veins went purple.

Jace witnessed a guy transforming into a strange beast.