Home/ At the Advent of Dusk Completed 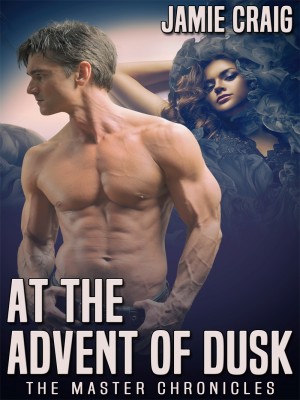 At the Advent of Dusk

Chicago 1962. Gideon Keel is the most feared vampire in the city. Nobody dares to stand up to him -- until somebody does.<br><br>When his path crosses that of the charismatic civil rights activist’s, Gideon faces the first person in over sixty years to threaten his existence and live to tell the tale. Mary Straughn is beautiful, driven, and most of all, determined not to let anyone -- even a vampire -- hurt the people she is trying to lead into a better life.<br><br>He knows he should kill her. Yet, when she needs help finding the vampires responsible for murdering two children, he finds himself agreeing to search the city for them. And all he asks in return is for one night alone with her.

It was the perfect night for a bloodbath.

The pale moon, fat and luminous, sulked behind the Chicago skyline, but it was the utter stillness of the air that made Gideon Keel throw his head back and inhale. Nothing moved. He couldn’t even hear the ripples of Lake Michigan lapping at the shore. When the screams came, they would rip through the night before drifting in shallow echoes to the ground.

He’d wear their blood like rags. His only regret was that he couldn’t do it twice.

Gideon prowled through the darkened streets, his step silent, his shadow long. Windows glowed behind their heavy curtains, but his attention never wavered. He wasn’t interested in their pitiful attempts at protection. Any vampire worth his salt knew how to lure dinner from its home anyway. No, his prey rested at the end of the avenue, its manicured lawn a swathe of ebony that led up to its double doors.

Even from that distance, he heard the hum of their hearts, the murmur of voices as they prepared to settle in for their midnight mass. The congregation was larger than he expected, though considering the community, he shouldn’t have been surprised. There were a lot of Bible babies in this part of town; they looked to God to assure them that the travesties assailed on them by the white people would be reconciled in the afterlife.

“God doesn’t give a fuck,” Gideon wanted to tell them. “So grab your dick, find your girl, and have some fun before somebody tears your throat out.”

Tonight, that somebody was going to be him. Considering his iron hold on the city of Chicago, Gideon thought they should consider themselves lucky. They’d be famous for a few days because of him. He planned on making their deaths truly spectacular.

The church was like any other he’d ever seen—tall and puffed up with its own importance. Light shone through the stained glass windows, spilling out onto the grass, but the front doors were shut, no more welcome for the neighborhood apparently. Gideon slunk around the edge of the property, looking it over, but when he caught no signs of other vampires, he returned to the front.

No back doors for him. The best way to anything worthwhile was always head-on.

“Excuse me? You look a bit cold tonight.” A young black man touched his arm and smiled. “Why don’t you come in and warm yourself?”

Gideon swept a calculating gaze over his would-be host. Small and wiry, like a rat constantly on the run. Good teeth, though. Would make a hell of a vamp if he wasn’t such a runt.

Dismissing the stranger as inconsequential, he adopted his best apologetic smile, the one that usually worked on the housewives when he pretended to be lost and needed to use the phone. “I’m not from around here. I’d hate to intrude.”

“Oh, of course it’s not an intrusion. Anybody and everybody are always welcome. It’s too cold to be wandering around Chicago on your own tonight.”

The man opened the door and held it there, waiting for Gideon to take that first step inside. A fresh wave of heat and hearts rushed out, slamming into Gideon’s senses. Centuries of practice kept his reaction tempered, even if his cock hardened in rabid anticipation.

“Maybe I’ll just sit in the back and watch.”

“Do whatever makes you comfortable. But if you feel the spirit…don’t be shy. We’re all family here.” He held out his hand before Gideon could enter the building. “I’m Marcus Brooker, the assistant pastor.”

He shook it, but only briefly. The tantalizing smells wafting out drew his focus.

The entry was deserted, but he hung back as the assistant pastor smiled and hurried past him into the nave. It didn’t have the sounds of any other mass he’d attended. Of course, the last time he’d sat through an entire service had been a century earlier; usually, Gideon got bored and then anything could—and did—happen. But this was different. He wasn’t hearing words about God. He was hearing words about battles.

And they were coming from a woman’s mouth.

He stood in the doorway, leaning against the jamb as he surveyed the congregation. The church had more people in it than he would have imagined for a midnight mass, but the number of white people dotting amongst the black was oddly disproportionate. Maybe Brooker hadn’t been lying about everybody being welcome. Especially since there wasn’t a sign of segregation to be seen. White sat next to black. Black sat in front of white. And up on the pulpit came the source of the sermon, but from the most exquisite holy person Gideon had ever seen.

She was tall and slender, with the long limbs of a gazelle in flight. She had flawless skin the color of the darkest soil and eyes a man could sink into and never return, but the simple skirt and sweater did nothing to highlight her lean curves. No collar, either. She was the least likely pastor Gideon had ever seen.