Home/ And the Survey Says Completed 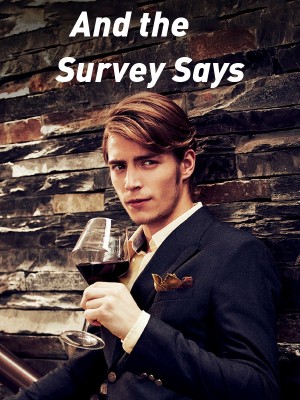 And the Survey Says

Project Director Zane Caldwell has a major problem -- a charming, go-getter hotshot from Chicago named Ford Trionni, recently hired at Widdley Finch Inc., a Connecticut-based marketing research company. The man, whom the secretarial pool nicknamed "The Italian Stallion" based on his stunning good looks and sexual aura, has also gained the reputation of a superstar in the industry due to his innovative analytical techniques. The trouble is, the man wears his accolades like a badge on his lapel, strutting around the office like a peacock.<br><br>Ford's self-centered, lofty attitude drives Zane to utter distraction. Even worse, the man seems to know it, intentionally using his sizzling sex appeal to tie Zane's patience and libido into knots while giving off mixed messages of mutual attraction. But from what Zane can tell, Ford's already involved in an intense relationship with someone else, and the last thing Zane wants is to fall for a guy who not only treats him like a peon instead of an equal, but intends to make him a side dish to his current love affair.<br><br>Yet as he works with Ford on an important account, Zane begins to realize there's more to Ford than the man lets on, and all may not be what it seems. As the heat between them builds into an inferno despite their contrary work relationship, Zane vows to get to the bottom of Ford's confusing behavior once and for all. Is the man playing games with Zane's job and his heart, or is there a chance they might actually discover they're the perfect partners?

The large hand closed over mine and momentarily startled me. “Hold on, there, Grabby McGrabber,” said a gruff, possessive voice.

Just inches from my fingertips, the whole-wheat bagel rested on a nearly empty platter atop the conference room sideboard, blissfully ignorant regarding the sudden contention between two human beings to claim it. I looked up and into the dark, twinkling eyes of my unexpected opponent. Shivers chased along my spine. Not tingles of fear, mind you. Indeed, quite the opposite. A chill of sexual longing raced through my body and settled in my groin, where it exploded in a wave of sudden heat.

“The name’s Zane Caldwell,” I corrected.

“Didn’t you hear me call dibs on that bagel a second ago?”

“I just came in,” I justified truthfully. I did my best to hold eye contact instead of allowing my gaze to tumble down to the man’s moist lips. Oh God, those lips. I had fantasized about them for the past few days, ever since this new project director had entered the office building for the first time. Only this morning before work, I had jacked off in the shower, imagining those luscious lips encircling my throbbing, spurting erection and dripping with my seed.

“And you think that’s an excuse that will hold up in any court of law?”

I chuckled. “So this has the magnitude of a legal matter?”

Using my free hand, I pointed to the prized bagel, all too aware that my other hand still found itself imprisoned in his warm grip. With an alluring presence so profound, he seemed to loom over me, although he clearly matched my six-foot-two stature. “I don’t see a name on it, do you?”

“And I said, I didn’t hear that. I repeat, I just walked in for the Friday morning meeting, poured some coffee, and spotted the bagel. So unless there’s a tag dangling from it, the bagel is clear pickings. Why don’t you just take that other one instead?”

“Cinnamon and raisin.” He winced. “Doesn’t agree with me.”

“My digestion is none of your concern.”

“It ismy concern when that last whole-wheat bagel is in question.” I finally, although reluctantly, tugged my hand from his grasp, from the physical contact that had my cock hardening with the speed of a puma.

“Maybe it wouldn’t have been the last one if you had gotten here sooner. You know what they say about the early bird.”

“What? That it catches the bagel? Next you’ll be saying ‘all is fair in bagels and war.’”

“The bagel part is true.” He leaned forward, bringing his mouth closer to mine, so close that my nostrils rejoiced in the spicy scent of his Brut cologne. With no small amount of shock, I actually wondered if this hunk of a man—straight as an arrow, or so I’d assumed until now—might kiss me. “So,” he whispered, “is this war?”

“You tell me.” My gaze locked on his lips…so moist…so tempting…so close…and inching closer still…

Before they curled up in an overbearing grin. “But I called dibs.”

I shook my head in exasperation. “Man, you sound like a broken record. Fine, fine, have it your way,” I relented. I desperately needed to put some distance between us before I did something totally inappropriate, or my growing erection ripped through my dress slacks, whichever came first. “You’re the newbie here, so I’ll let you have it. Thistime.”

“No problem. I’ll just be the bigger man.”

The lips that had played a starring role in my recent sexual fantasies now twisted into a smirk, one brimming with challenge. And something else that made me suddenly wonder—had we been alone in the room, would he have dared me to pull out my cock and compare size with his? I wish!

No, this guy wasn’t gay. My gaydar would certainly have picked up on any signs before today, right? Actually, up until a few seconds ago, I didn’t think he had an interest in anyone other than himself.

Unwittingly, my gaze wandered downward, over the resolute jaw with its slight cleft, the corded throat with its jumping Adam’s apple, and the wide shoulders, finally taking in the way his blue dress shirt hugged his muscular arms and lean, sculpted torso. Gay or not, screw it. Or rather, screw him, literally, at least in my carnal reveries. I pictured myself slamming him against the sideboard, clamping my mouth to his, while brushing aside his tie of gray and white polka dots in order to gain access to the buttons of his shirt. I imagined those buttons ricocheting off the walls and ceiling as I tore open that shirt before running my trembling hands and drooling tongue over his chest and—

“Okay, ladies and gentlemen,” said Walter Shanks, the vice president in charge of my department, “let’s get started, shall we?”

For an instant, I stared back into the newbie’s sparkling eyes, then I took a paper plate in hand and claimed possession of the raisin and cinnamon bagel. “Happy now?”

Without waiting for an answer, I grabbed the mug of freshly poured coffee and spun around, carrying my breakfast down near my waist to hide any “crotch tenting” that might have resulted from my encounter with the new guy. Thankfully, none of the other project directors seemed to be paying any attention to me as I made my way to the conference table

When I sat down, I noted only one seat remained empty, the one directly to my right. Oh shit. I couldn’t be that lucky, could I?