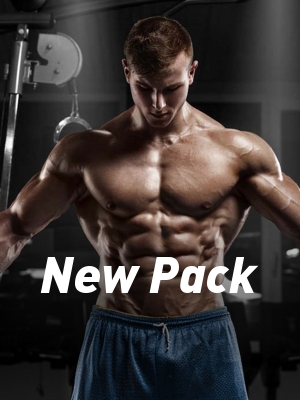 After loosing her mom in a rogue attack Ava takes the leap to move in with her Birth Father in a new town, new state and a new pack! Expecting nothing more than a quiet life near the mountains in Castletown Ava finds a lot more than she could have ever expected.

Running through the trees at full speed I can feel a tug on the bond, I was heading in the right direction towards my mate, but as I start to feel the bond strengthen it feels further away, is he running away from me? why do I feel so lost? I start to panic not realizing I'm running in circles, I'm lost in my head in my own panic when a low growl grabs my attention, a large deep brown wolf stalks towards me, it leaps into the air and I watch amazed as the wolf straightens in front of me and an alarm sounds, the shrill noise getting louder and louder, wait what?..

Sitting up groggily, I can't help but feel a sense of loss, it was such a vivid dream and it felt so real, mentally shaking myself I forced my legs out of the bed, this is my last morning in the small apartment me and my Mother lived in, my last day as part of the Grey pack in new York, I sit looking around the bare room one last time trying to take it all in,

my whole life is packed away into three suitcases by the door and I was about to move across country and pack to live with my Biological Father, I've never met him, I only ever heard from him when he'd send a birthday and Christmas card every year,

but my Mom had never lied to me about him, they were high school sweethearts, he was the son of the pack Beta, she fell pregnant with me just before her eighteenth birthday, and when her birthday came around and her mate bond didn't kick in she thought nothing of it, maybe it would kick in when he turns eighteen she thought, but then his birthday came and his mate bond kicked in with someone else, my mom left the pack before telling him she was pregnant with me, when he found out he was hurt but respected her choice and stayed away, which I'm kind of thankful for, as of now though my Mom is gone, she died in a rogue attack just over a month ago and I don't want to live in the pack house so my only other option was to get in touch with Bio Dad,

so here I am getting ready to make the six hour drive across state to a small village that doesn't even show up on google maps.

Posting the keys back into the apartment I felt a weight lift off of my shoulders,

I hated living in the city, there's never anywhere I can let my wolf run free, the loss of my mom will always be with me but right now excitement started to bubble at the prospects of what a new town and new pack could mean for me.

The drive was tedious and of course nothing ever goes to plan, I got a flat tire three hours in and changing it on my own set me back a few hours and of course I hit traffic jam after traffic jam so by the time I arrived at Castleton the sun had started to set, but it was beautiful, sweeping views of peaks, surrounded by trees and the faint sound of a river nearby, for the first time in a long time I felt like I was home. I was nervous to say the least slowly making my way up the drive to what I hoped was the correct address, this place was huge compared to the one bed apartment me and my mom shared,

sucking in a deep breath I nocked on the large oak door, I half expected a butler to open the door so when a middle aged woman with kind eyes and a soft face opened the door I was a little taken aback and slightly disappointed,

"Ava, you made it" she stepped forward and hugged me lightly, "we were starting to worry that you changed your mind" she ushered me inside, I yet had to say a word when two men made their way down the hall, I moved back until I was almost completely one with the wall, they stopped just in front of me "is this her Mary?" the man who spoke was tall, broad shoulders and a stern face, his voice oozed authority, he must be the alpha, the woman who greeted me smiled broadly "Yes Alpha Zane, this is Ava" she grabbed my hand and pulled me forward to stand right in front of them, the man standing next to Alpha Zane was slightly shorter but just as broad with a strong chin, the same green eyes and mousy brown hair as me,

I looked at him with wide eyes, id only ever seen one picture of him before and in it he was a fresh faced seventeen year old, I cleared my throat, "it's nice to meet you Alpha", I bowed slightly to show respect, he smiled softly in response "Welcome to the pack, I'm sorry I cant stay to explain the pack rules but I'm sure Tom will do just fine without me" he patted my Bio Dad on the shoulder, kissed Mary on the cheek and left without another word. I stood there awkwardly shuffling my feet, "Ava, why don't I show you to your room" Mary interrupted the staring contest me and Bio Dad seemed to be having.

She led me up the stairs and down a long hall past several doors before finally turning into the last room, she opened the door and swept me into the room "we weren't sure what you were into so we decorated it plainly, your bathroom is through there" she gestured to another door from within the room "be careful on the balcony the door sometimes sticks" she headed back out the room "thank you" I said softly as she left, I looked around the room which looked bigger then my whole apartment back in new York, I sat on the bed and let the tears start to fall. I fell asleep fully clothed lying onto of the sheets, i never thought id be here,  a new town, a new pack and meeting my Dad for the first time, at least not without my mom.