Home/ Time Travel to Marry the God of War Ongoing
She, the daughter of the principal wife of Lord Protector's Manor, was raised as a country girl because of her mistakes. He was abandoned by his loved ones, expelled by his family, and pushed down the cliff by his sister! Five years later, the God of Medi 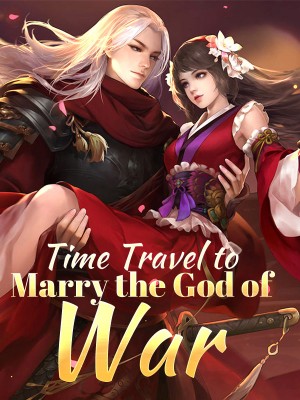 Time Travel to Marry the God of War

She, the daughter of the principal wife of Lord Protector's Manor, was raised as a country girl because of her mistakes. It was not easy to meet his favorite in this life, but he was abandoned by his loved one, expelled by his family, and pushed down the cliff by his sister! Five years later, the God of Medicine returned. Her medical skills were unparalleled, and her status was noble! This time, she just wanted to take back her child, kill her enemy, and tear apart the white lotus mask! Who would have thought that he would be pestered again by the "Heartbreaker" Jiang Chen? "Your Highness, we're just passers-by!" "You already have a child. Where are you going, Your Highness?" "Mom, everything is a misunderstanding. Dad only loves you!"

Yue Qingling did not expect that she would be kidnapped. She was tied up in a brown sack and her hands and feet were tied up. It was dark all around.

Suddenly, she heard someone saying, "Second Miss is here."

Then, the sack was untied. She looked in the direction of the voice and was extremely shocked. "It's you?"

The woman in luxurious clothes stood in front of her and looked down at her condescendingly, with a hint of mockery in her eyes and eyebrows.

She remembered that this was Yue Yanwan, the Second Miss of the Marquis of Pingyang's Mansion.

Yue Qingling frowned and raised her head to ask, "What are you going to do?"

Yue Yanwan sneered and her eyes were full of hatred. "It's not good to stay in Tian Village and show off in the city. What do you want to do?"

Yue Qingling felt as if her heart was being stabbed by a knife. "Did your parents send you here? It wasn't enough for them to abandon me. Do they still want to kill me now?"

Sixteen years ago, when the plague was raging, the wife of the Lord Protector's Manor, Wen and Guo from Tian Village were born together.

Unfortunately, the fate of the two sisters was completely different. When the Wen family left Tian Village, they accidentally took Guo Qiuju, the daughter of the Guo family. In the past few years, the Lord Protector's Manor had ignored her.

Guo Qiuju became the First Miss of the Lord Protector's Manor in her place.

In fact, her soul did not belong to this world. When she came to this body, she was just a child.

In fact, her soul did not belong to this world. When she came to this body, she was just a child.

At first, Yue Qingling thought that Mrs. Guo was her biological mother in this world, so she just wanted to live a good life with her mother.

Who knew that the Guo family would sell her to the Human Teeth?

She had gone through so many hardships to escape and learned all kinds of medical skills.

Fortunately, she was blessed with excellent medical skills. She married General of Zhenyuan, Huo Qixuan, and had a pair of lovely children. Finally, she felt like she had a family...

Unexpectedly, Yue Yanwan, who was supposed to be his sister, came to him at this time and ordered someone to tie her up!

Yue Qingling looked at the familiar yet strange face in front of her and felt a chill down her spine.

Her parents had abandoned her and her sisters had harmed her. It was fine if she did not want such a close relative!

"As for you, you grew up in the countryside. You don't know etiquette, respect, and respect. You don't know how to play the zither, chess, calligraphy, and painting. When you go back, you will only lose the people of Lord Protector's Manor, and you will ruin the future of my sister and father!"

Every sentence was for their own sake. Every word was heart-wrenching.

Yue Qingling sneered and said, "I've come to this point all by myself. What does it have to do with the so-called Lord Protector's Manor?"

"How dare you ask?" Yue Yanwan's face became distorted. She gnashed her teeth and said, "You deserve to die in Tian Village. You seduced Huo Qixuan as soon as you came out. How can you be so cheap!"

A strong sense of jealousy surged up, and she was so angry that her eyes turned red. "Huo Qixuan was chased by the enemy, and you saved him. I'm grateful to you, but why are you still pestering him?"

"If I didn't come, would you go to the capital with him and become the wife of the general?"

Yue Qingling saw her angry look and asked, "What's the relationship between me and Huo Qingxuan? What does it have to do with you? What right do you have to ask?"

This attitude completely irritated Yue Yanwan. She raised her hand high and slapped it hard.

Yue Qingling wanted to fight back, but she was pressed to the ground by an old nanny. She also understood Yue Yanwan's purpose.

"You are really shameless! How dare you, a country girl, dream of marrying the general? You didn't do this in your dreams. Don't you know who you are? Do you deserve it?"

At the thought that this bumpkin could be with Huo Qingxuan, Yue Yanwan went mad with jealousy.

"He is the War God of Southland. As long as he goes back to the capital, he will be appointed as a general. Even the emperor respects him. You are a savage who grew up in a pig's circle. How can you marry him?"

"You shouldn't have been born!"

As she spoke, she angrily pushed Yue Qingling away.

Yue Qingling lost her balance and fell off the cliff...