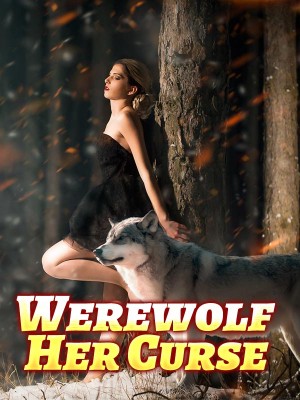 Jina was a woman who couldn't turn into a wolf, but her Mina was the one who hated the weak! The clan's situation was extremely critical. William needed a smart woman to serve him. From then on, Jina became a pitiful person. Although William had clearly told her that he wanted to use her as a pawn, she had nowhere to run. In the face of this powerful man who had power, Nina chose to endure, but fate forced her into a desperate situation. Her man had been taken away by another woman, lost his dearest sister, and lost his life in the surging river. The revived Houa had obtained great power. When she returned to the place before, what would she choose? Of course, she would fight back against the enemy! She would seize back everything she lost!

Tina, tonight's ball is very important. Even if you just got home, you can't find an excuse not to go because you're tired.

"My dear sister." I've always been so kind to her, my sister, Sophia. "I can't go to the gathering of wolves. You know my situation. My appearance will make the ball a mess."

Before I was born, my father died in the war with Nicy. My mother died because of me. I was diagnosed as disabled since I was a child. I could never become a wolf in my life.

"I often blame myself for this. It was my birth that caused my mother's death, and it was my disability that caused my sister's burden. But my sister had never complained about it. She always said that she went to find her own mother after watching me live a happy life."

"I won't allow you to say that!" Sophia's smiling face suddenly became angry.

I quickly covered my mouth and looked at my sister standing by the window. The sun was shining brightly on her. Her beautiful sister was covered with a layer of light, like the goddess of the moon. She was the best candidate for me to reveal my feelings.

"Did you hear that?" Her sister pointed at my forehead. "Even you can't say that!"

I smiled and nodded.

When I was attacked by other children, she would scold them loudly. When others called me disabled, she would pick up any tools around her and fight with others.

She had a genius-like brain and body. She had the ability to see through people's thoughts since she was very young. Her combat talent was also very strong, so ordinary people of the same age could not beat her.

Even if she spent every day dealing with men, wrestling in the mud and sweating on the training ground, her appearance and figure still maintained the appearance of a peerless beauty.

Her long golden hair was glowing in the sun, and her blue eyes were unusually smart. Her towering breasts and low-cut ribbons always attracted the attention of the people around her. The men in the pack often came to me because of their sister, and they were willing to exchange everything they had for their sister.

I definitely won't change it!

Tina! My sister's high-pitched voice pulled me back from my memory. My sister had already taken out the dress she had prepared for me long ago to make the choice.

"No matter what, you have to attend this evening party. Take it as your life after you come back!"

"I heard that Susie will be dressed up to attend?"

Susie was my only playmate when I was a child, but she betrayed me. She could also say that she approached me just to betray me.

"Yes, you know, her dream since she was a child was to become Myan. No matter who she is, becoming Myan is her lifelong pursuit."

Sister pulled me to stand in front of the mirror, looking at the dress.

That was what I cared about the most in my heart. She not only hurt me, but also my favorite sister.

Since her dream was to become Mya, then this ball would be meaningful to me.

You grew up with me. We were born at the same time in the wolf pack. The old people in the tribe said that we would become best friends.

My skin is rough and dark, and I don't look cute.

However, Susie was born with a beauty that others loved. People called her the most beautiful doll in the world. Her mother did not die because of her. Everything about her was lucky.

Susie always looked around with her big eyes. When we were ten years old, her favorite thing was to sit on the training ground and watch those strong men.

When she looked at me, she always looked at me with disdain. She pinched my arm and said with a smile, "Oh! Tina, you are so reassuring. If I become fused, I will be very willing to let you be my maid. Tina, after all, we are good friends. However, Sophia is so beautiful that I can't ignore her threat to me."

My brain was very stupid. At that time, I didn't understand what Susie meant. She was willing to be my maid because my ugly appearance could make her more beautiful. I didn't expect what she did to my sister.

My sister is very powerful. When I poured sulfuric acid on my sister, she already knew what she was thinking.

"Sing, you're blocking my way! You're too beautiful. The men in the tribe are going crazy for you. I'll be the one to be released from now on. Go to hell!"

Her sister's eyes suddenly became fierce, and the blue light flashed in her eyes. At that moment, she became a wolf.

The sister avoided the acid that had splashed on her and nimbly pounced on her. She grabbed her arms with her two front claws and stood on her abdomen with her hind legs, making it impossible for her to move.

Susie was only ten years old, so she could not turn into a wolf. Her sister easily pressed her to the ground, and her sharp fangs and fierce eyes scared her to cry.

When the elders of the clan arrived, Susie hid in a corner of the house and did not dare to speak.

Tina, forget about that thing! Susie didn't really hurt me.

Tina, it's time. Let's go! Her sister had already packed up. She didn't put on any makeup, but she was very beautiful.

The appointed time was half past five, and it would take about half an hour to get from our house to the ball. This ball was held for the sake of the group of young women in the group to wear the most gorgeous dresses and let the group of women choose.

I don't like this kind of ball, but as a person, I have to be chosen as a product, which makes me feel that I no longer have the dignity as a human.

However, that was an order from the government. No one dared to go, and of course, no one would be unwilling to go! After all, if he or his daughter became fused, it would be the glory of the whole family!

The road to the ball was very flat. It could be seen that it had been carefully repaired.

Ten years ago, this road was full of dirt. No one wanted to take this road, because it would dirty their shoes. But I was different from them because I didn't have shoes.

Now there are cars on this road, and today is a rare occasion for our tribe. The crowd of cars and wolves are heading in the same direction.

Before long, I saw a building shining with golden light in front of us. There was a bright moon at the top of the building, and the song came from the golden building. The beautiful music made me feel better.

There were two rows of soldiers in front of the army. They were holding sharp guns in their hands. Their expressions were serious, as if they were not participating in such a happy ball at all.

"What kind of person are you?" I looked at my sister, who was looking at her mobile phone.

The older sister suddenly raised her head and looked very happy. "Oh! God! This is really amazing! My dear younger sister is finally interested in love?"

I waved my hand to stop my sister's crazy thoughts. "Sing! Don't make fun of me. I just feel bored! If he is excellent enough, I am willing to contact him for my sister!"

"You're too bold. Look at the soldiers around you. They work for protecting that man. Our wolves are not easy to get in touch with!"

I pursed my lips and was not convinced. He was a man, but he was also a man! No one could escape my sister's beauty. I firmly believed in this!

Getting out of the car, I saw the two wolves walking in front of us turned into human beings at the same time. They wore gorgeous dresses and walked into the hall of the golden building with great spirit. The shocking scene reminded me of the fact that I would never become a wolf.

Sister hugged me tightly and whispered in my ear, "Dear, if you feel uncomfortable, go to the garden! I'll deal with it here."

I nodded. The scene just now really made me uncomfortable. Others could have the ability that a Werewolf was born with, but why couldn't I be the only one who couldn't?

My sister was afraid that I would be sad, so she would never turn into a wolf in front of me. She would also deliberately prevent me from seeing others turn into wolves. It was the first time I saw someone turn from a wolf into a human being.

It turned out that Werewolves were so great. They had a strong body like wolves, fierce fighting capacity, and extraordinary wisdom.

But I can't become a wolf. I don't have a strong body and fierce fighting capacity! I'm disabled.

I had been thinking about the scene just now, so I didn't notice where I was. When I came to my senses, I found myself standing at the door of the garden.

This was a very large garden. I couldn't see anything inside at the door because the trees at the door grew very well, and the dense leaves blocked my sight.

There are no soldiers around. This is a space that belongs only to me. I like this feeling very much.

I walked along the path and into the depths of the garden. On both sides of the path were blooming rose flowers, which were fragrant and rose. Roses grew best. I thought that if a couple stood here, they would like the flowers here more than me.

This place is really romantic. I suddenly have some desire in my heart. I can have a man standing beside me, gently kissing me, and then tell me that he loves me very much.

"Do you like these flowers very much?" Suddenly, a voice sounded.

I jerked my head around and saw another tall figure walking towards me at the end of the path.

He was so pretty!

He had silver-white hair, dark blue eyes, and a pair of gold-rimmed glasses. He looked very knowledgeable.

He was so dazzling and wanted to be owned by others!

My heart kept beating, and a current of electricity flowed through my body. I could clearly feel the heat on my cheeks, and my mood was excited. This person was my Mr. Right!