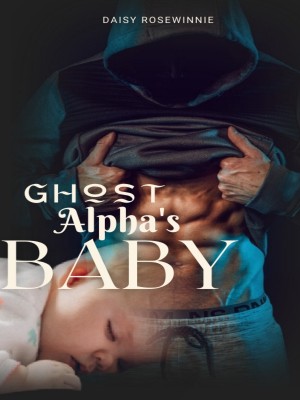 Angry ghost of a young guy, Joey, who was supposed to take over his father's reign as the Alpha of his park, returned after his body was committed to Mother Earth. Cilia, an adorable girl who happens to be the one Joey decides to fall in love with, impregnated her just so his lineage would continue. In her condition, lots of tragedies came lurking around. Now it's time for Joey to hunt. For what he ever loved while he was alive, he'll never let go for any reason. A ghost romance werewolf story of true love, regret, vengeance, lust, full of spice of life.

"I wouldn't know his reason behind that! He said nothing to me, but 'I'm tired'!"

"No, you don't understand. I just can't live without him. He's my life!"

"Of course not girl, he's not! Stop saying that!"

At this point I was ready to give up. At this point, nothing seemed important to me anymore. Despite how hard I tried, she decided to let me come to terms with it and stop pushing. I had tried talking myself out of everything but my mind is still blank, I just feel so empty and numb.

The hot summer wind touched my face softly, sending shivers through my body. I flung my sweat soaked hair on my shoulders and straightened my dress again. For a brief moment, I thought that there were fewer days left of summer, so I hoped I would be able to go spend some days in the beach house and swim with my friends. I strolled to my bedroom and sat down on the bed. For about half an hour, I stared at my reflection in the mirror, my eyes stunned from it's cold and blond state.

My face was pale and seemed to reflect an exhausted look. Squeezing my eyes together, I took a deep breath. As I finally felt normal again, I have to tell you that it was about half of that night.

Looking down to my toes, every limb having lost its feelings, my mind and body were intertwined. Picking up the old grumpy expression, I strode to my bookshelf, with trembling hands, I took one. Sluggishly walking back, I fell to the bed.

I heard the door of my room open, and I looked up. He had been looking at me intently the whole time. There was something strangely familiar about him, as he was with his glasses. His face seemed to have a strange intensity that I have never seen in him, he looked almost sinister. He took off his glasses and saw me looking at him and he smiled. Incredibly, it was more like an evil grin than a normal smile.

A shiver passed over my body as he sat on the arm of my chair, the nearest chair to my bed. I could not take my eyes off his terrifying smile. Slowly, I crawled towards him, taking my book with me. He stopped smiling suddenly and looked directly at me, his eyes questioning mine. It happened so quickly that I was caught off guard that I had not the chance to say anything.

The hot color of his eyes' glow was penetrating my field of vision, I suddenly felt like I was sitting in a spotlight, my soul was awakened and stripped naked by the allure of his gaze.

"Why is this man staring at me?" I asked hesitantly. He slowly tilted his head to the side and gave me a seductive grin. A trace of sassiness came into his eyes as he held my gaze, with no words released.

I wondered, and at that moment I felt I wanted to throw up from the pure and intense pressure, as a deep black abyss was swirling inside my stomach, like boiling lava, it felt like being engulfed by a raging torrent, each and every sense heightened beyond comprehension and it was difficult to stop. I began to shudder violently. I struggled to get control of myself as I tried to redirect my gaze.

He had something to say to me, but he did not bother to verbalize anything, his very body and the silky glimmer of his clothes still managed to reduce my air of consciousness. It felt like he was trying to draw me into a world that was neither real nor present as he slowly walked into my room. I thought it was actually happening, until a cool breeze dropped across my skin. And he immediately sank to the floor. Not the floor, the floor had an incredible depth, and yet, he was right there and sitting comfortably. I could feel the tension, knowing that the longer I stayed silent, the longer he would have to actually sit down.

"I just thought-" I stuttered.

Right on my sofa, he pulled his pyjama legs up to the knee, and rested his chin on his knee. It was almost like he didn't want to look at me, but he did anyways.

Lifting up his head, he looked at me with piercing eyes that bounced with sparks of pore conviction and determination. He lifted his arms in the air, and then finally, he turned around, and sat in front of me in a glimpse of ungodly power. I had the urge to bolt and run as fast as I could, but a force held me down. A hundred chills shot down my spine as he gave a wink, a sexy, sultry smirk. The energy vibrated through the room, heating up my blood and making me tremble in an uncontrollable way. He sat in a perfect spot, his legs folded across the side of the bed and arms resting on his knees. He sighed in an almost disappointed tone, but it didn't last long. A small, devious smirk crossed his face as he turned and leaned down to kiss my neck. I groaned and then blushed.

"I'm happy to have you, my best friend." He told me. A shock of pleasure coursed through me. I pulled him close and kissed him hungrily. He pulled back a bit and cupped my cheeks. His grin left me uncontrollable.

"I don't understand you today, you're acting kind of weird. You okay..?" I snapped. His arms reached for my shoulders and I shoved him away from me.