Home/ CEO, Please Divorce Me! Ongoing
"Sleep with me once, and I agree to divorce you." 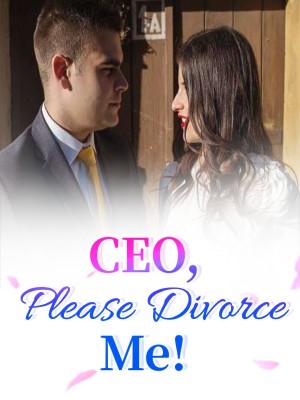 Gu Yuan had loved Lu Li for 11 years, but the more she loved, the more he hated. She finally realized that she could free herself only if she stopped love him, so she asked Lu Li for a divorce. However, Lu Li not only did not divorce, but began to pursue her crazily after she was indifferent to him. "Lu Li, are you mad!" Gu Yuan just came to report work to him normally, but she didn't expect to be pressed on the sofa by him. With a playful smile on her face, Lu Li said: "You said you slept with many men. Is it not too much for me to exercise my husband's rights?" "Get off! No matter how many men I have slept with, I will never sleep with you!"

Late at night, in the hotel.

She gently pushed the door open and walked into the room. Gu Yuan wanted to turn on the light, but it was strange that the light was not on. The room was dark and the curtains were covered with a layer of hazy moonlight.

"Lu Li... Lu Li..." She suddenly felt a little scared. For some reason, she had goosebumps.

The room was a suite. It was very big. She walked forward with fear and whispered, "Lu Li... Lu Li..."

"Bang—" The door closed, scaring her. At this moment, she was suddenly hugged from behind. The strange and dangerous aura was not Lu Li...

"Let me go!" She screamed and resisted desperately.

It was a beautiful face, but it looked ferocious and horrible at the moment.

As she struggled, her nails scratched the man's face. His skin was very thin, leaving two bloody marks.

"How dare you hit me!" He cursed and slapped her in the face. A bloody smell rose in her mouth, and then she lost consciousness.

At the Wilton Hotel in B City.

The business district was under renovation.

A graceful figure walked along lake inside the hotel, whispering her work.

Lin Weiwei, the assistant, followed her with an embarrassed look. "Manager Gu, a female celebrity is invited to a skin care store tomorrow. She'll be staying overnight here. She'll be here soon."

"Is there a problem?"

"She wants you to treat her personally."

"But... she... she..." Lin Weiwei scratched her head in embarrassment. "She just hit the headlines with President Lu two days ago."

She carefully observed Gu Yuan's reaction, but the result was very calm.

"That's it?" As the president's wife, she should at least frown.

Although the president made headlines with different new loves frequently after he returned to China, it was the first time that someone dared to provoke her. It was not a big deal that she didn't see her. How could she be so calm when this fly was in front of her?

The two of them arrived at the skin care store at three o'clock. As a result, the celebrity was late and arrived at about four o'clock. The assistant and makeup artists were behind her. There were seven or eight people.

Gu Yuan had been busy with her work. When she saw Zhang Mingmei and the others coming, she turned off the computer, stood up, and greeted them with a smile. "Hello, Miss Zhang."

It was obvious that Zhang Mingmei was here to provoke her. She looked at Gu Yuan's hand but did not reach out. Instead, she raised her eyebrows and asked proudly, "Have you seen the news about your husband and I last night? What do you think of the photos?"