Home/ Reborn: Be Spoiled in the Fantasy Land Ongoing 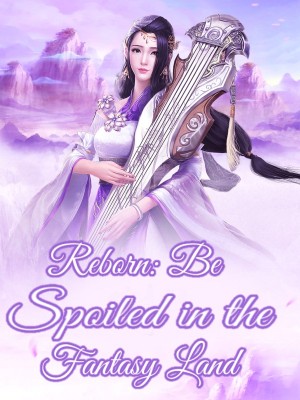 Reborn: Be Spoiled in the Fantasy Land

He traveled through time in one day and was reborn in this alienated world! She was the daughter of a rich and powerful family in the capital. It was widely known in the upper-class social circle that she was a high-class social butterfly. She would never refuse men. She found that she had a fatal cancer. On a building that night, she was poisoned by her former rival in love and fell off the building with him. When she opened her eyes again, she found that she had become the princess. It even time-traveled to a mysterious land mass! Cultivation, Spiritual Qi, and medicine refinement? But... the so-called husband looked exactly the same as his ex-husband? What's more, it's a very broken piece of land? "Haha, it doesn't matter. Then I'll just leave it to him and ask him to divorce me with a divorce letter!" When she returned to the General's Mansion, she was still doted on. But she accidentally got into trouble with a man! "Woman! If you dare to provoke those wild men outside again, I promise they won't see the sunshine of the next day!" The man's devilishly handsome face was ice-cold.

In a building of many tall buildings in the most prosperous city center of the capital, Country S.

Three girls stood on the roof of the rooftop.

The crescent moon in the sky scattered the cold and silent moonlight.

"Xueting, although we are not biological sisters, I've always treated you as my own sister."

The wind looked at the cold moonlight in the sky and said casually.

The bright moonlight fell on the beautiful face of the wind. She looked at the dim night under her feet. From the perspective of Feng Xueting, she only showed half of her face.

But this half of her face was amazing enough.

Her white skin was like jade, and her delicate facial features were like a perfect work of art. Her eyebrows were curved without drawing. Under her high and straight nose, her charming red lips were very attractive...

Feng Xueting's pupils suddenly contracted, and she instantly raised her head to look at Feng Xueluo. Did she know something?

Feng Xueting hesitated. She asked herself that Feng Xueluo was more kind to her than her own sister.

But now, was it really worth it to kill her sister who was so good to her for another man?

What she didn't know was that her hesitation had fallen into the eyes of the woman who came with her.

She lowered her head, a sinister smile tugging at the corners of her lips.

Since Feng Xueting refused to do it, he would let her do it.

The woman took out a golden bottle and opened it.

When the wind smelled the fragrance in the air, the color of his eyes suddenly changed, but it was too late.

She felt that her power was slowly flowing away.

She looked at Feng Xueting and her sister, her starry eyes full of disappointment. "Xueting, how dare you poison me!"

She was about to die, but she didn't expect that her most beloved cousin would give her such a fatal blow.

She had been suffering from a very strange cancer, and there were only a few months left.

Feng Xueting's eyes met Feng Xueluo's, and a trace of panic suddenly appeared in her eyes. She cried out, "No, no, sister, I didn't poison you."

She grabbed Feng Yuanxing's hand, and two drops of tears fell from her cheeks.

At the same time, Feng Xueting also felt that her strength was slowly flowing away. Her hand was on the edge of the fence, and below it was a hundred meters above the sky.

Feng Luoluo was shocked and wanted to pull her hand away, but she almost couldn't exert her strength.

She held back her weak body and said, "Maybe you didn't poison me, but it doesn't mean that you didn't bring that woman with you."

Feng Xueting was stunned. She looked in the direction of the woman with disbelief in her eyes. "Xia Shiran, how could you... How could you poison us?"

At this time, Xia Shiran, who had been holding back for a long time, finally raised her head, but her eyes fell on the wind.

"Fengluo, do you know who I am?" The woman sneered evilly.

There was undisguised hatred in her eyes.

Feng Luoluo narrowed her eyes in shock. She stared at the ferocious-looking woman in front of her and felt that her face was somehow familiar.

Seeing that Feng was shocked speechless, Xia Shiran sneered and said, "Although I know that you are not with that man now, I think you should still remember me, An'an."

Xia Shiran walked to the side of Feng Xueluo and kicked her belly hard.

If it weren't for this woman, she would have married Leng Xiao a long time ago.

"Hahaha... The wind was shocked..." Xia Shiran laughed crazily. Looking at the shocked eyes of the wind, she almost cut her into pieces. "I didn't expect that you would fall into my hands. It was because of you, a b*tch, that he abandoned me. Later, he even made my family go bankrupt. My parents... jumped off the building because of this. Today, I will let you have a taste of the feeling of falling from the sky."

Feng Xueting looked at Xia Shiran in horror and pleaded.

"Fengxue Ting, get out of my way. She stole your man. Didn't you want her to die before? Now the opportunity is here! Don't worry, no one will know about it."