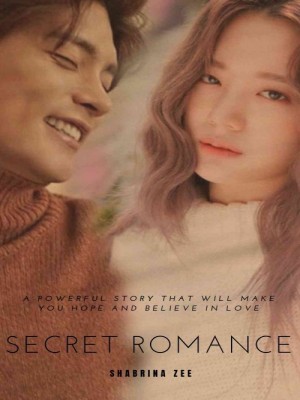 This novel is written base on a modern romance story that persons today can relate to. In a small town in South America, two comeplete strangers met and became best friend. Their life was not an ordenary one so, they both had one goal, that was to find true love. On the journey of finding love Susan John got tangled up with an Attorny at Law (Roger Jaye) who swept her off her feet and caused her to fall in love but there was a battle in choices because he was married. Meanwhile, Stacy Smith decided to date his friend Clayton Forde which was going pretty well. However, Stacy thought her friend deserved better so she was against Roger but her friend was so in lovee that she was batteling with her choices. After going through obsticles and almost loosing her best friend, Susan decided that she will no longer be the side woman in Roger's life so she left. At that moment, Roger knew what he had lost and was too in love to think about his marriage. So, he was determined to fix it because his love for Susan was greater than any other.

Stumbling into a cozy bar in a small town of South America, Susan began to cry uncontrollably. As the tears slowly glided down her cheek she thought her life was completely over.

Susan John, a branch manager of a successful Insurance company called Vibe had just lost her job after finding out that her boyfriend was sleeping with her boss. She was a 25 year old young woman, her body well curved as an hour glass, her smile as bright as the sun that would light up any room on a gloomy day, long curly hair down to her back and a voice of an angel.

As she sat at the bar the bartender asked, "can I get you anything ma'am?" she raised her head and said, "get me anything strong!" "She will have a dirty martini sir," exclaimed a voice of a female stranger in the back ground. "You are too pretty to be crying, whats your name?" Susan kept her head bent, she was so broken that she did not want to say another word.

"Im Stacy" the soft voice said , "Stacy Smith!" Susan continued to sit quietly but Stacy went on rambling as they drank at the bar. From martinies to shots they went, and before the clock striked 12 they were both drunk and dancing on the dance floor. Too drunk to know that they were embarassing themselves.

After a while the bar was beginning to close but Susan and Stacy were having so much fun that they refused to leave. While dancing in an empty bar, a tall handsome man well dressed in a black suit walked up to Susan, placed a card in her hands then walked away. As she stood in disbelief staring at his well tailored suit and taking a breath as his captivating scent lingered in the air, Stacy started singing mockingly "Susan's got a boyfriend."

At that point Susan was sober enough to quiet down Stacy and said to her "let's leave." Getting into the cab Susan asked, "where are you off to?" "I dont know" said Stacy with a depressed face."I was planning to spend the night bar hopping since I have no where to go." In shock Susan listened without saying another word.. "I have been partying nightly for the past three weeks since my boyfriend put me out, so tonight when you walked into the bar crying I was hoping to have a friend for the night to ease my mind from my drama" she continued. "I'm not your problem though, so it was nice meeting you!" Susan being the kind hearted person she was thought for a moment, then invited Stacy to stay with her.

On their way home they talked and talked and related stories. Both Stacy and Susan concluded that they have been dating men who could not be right and they needed to choose better. Out of the blue, Stacy got a bright idea.. "Call that guy that left his card Susan, he looks like a good catch. Well groomed, neatly dressed, an expensive watch, smells good, tailored suit! He has to be a good catch" Susan being a shy person said to her she wasn't going to and that she should drop it.

Bling Bling! Bling Bling! The telephone continues to ring but both Susan and Stacy was too hungover to answer. Then the answer machine went off, "Hello Miss Susan John, this is your boss! There was a misunderstanding and asking you to leave wasn't the wisest decision so we are asking that you reconsider your position and return to work!" Susan got up angrily but knew she needed a job so she got dressed and left while Stacy continued to sleep.

At Vibe it was a little tense, as Susan walked in slowly everyone started to gossip. So Susan went straight to her desk and began burying her thoughts into her work so as to distract herself from the situation and how uncomfortable she was feeling.

After a while she realized she couldn't concentrate so she needed a moment to sit and gather her thoughts.

While sitting at her desk, Susan felt something in her pocket, as she reached for the item she realized it was the business card from the handsome guy she saw last night . A smile came across her face because she knew she did not put such in her pocket and that it had to be the work of Stacy as a reminder to call. Susan sat and stared at the card for two hours as she thought about the mess her life was in. Suddenly tears started to flow, so she quickly tried to wipe them up because she did not want to appear as a soft person in her work environment.

As she was about to pick up the phone, Susan saw her ex walking in with a bouqet of fresh red roses. She began to smile uncontrollably because she felt like this was his way of apologising. "He does love me after all," she thought as their eyes caught the gaze of each other. She was so swept away by the moment and as she raised her hands to wave at him, her boss walked over, kissed him passionately and took the roses.

Susan's heart slowly sunk, she grabbed her coat and stormed out the office so as to not burst out in her feelings! As she got out the building she was out of breath and stood still to recooperate. As she slowly began to breathe she looked at the card in her hands, then looked up at the tall building which gave her flash backs of what had just happened and at that moment she wanted to have any distraction possible compared to thinking of such.

Susan took out her phone and slowly dialed the number on the business card. She paused for a moment and pressed the call button. As the phone began to ring she quickly ended the call. Susan was in a relationship for over five years so she was out of the dating game. She did not know what to say or if she should have called. So, as the thoughts came to her mind, she was embarrassed about calling.

In the middle of her thoughts, her phone began ringing. It was the same number she just called! Susan was flustered so she began pacing trying to decide if she should answer her phone. The heel of her shoes sunk as she tried to stand still.

Finally she clicked the answer button but didn't say a word. "Hello" a sturn voice almost scary sounded on the other end of the phone. "Hello," with a trembling voice; "I'm Susan, the girl you gave your number to last night at the bar." The phone went silent for a moment then a voice broke the silence "I'm Roger, I saw you from accross the bar and your beauty was so captivating that I could not help but slip you my business card. It may have been rude of me to not say much but forgive me because your beauty startled me which made me speechless."

Susan quickly hung up, she did not know what to say or how to react in that moment. As she was about to place the phone into her bag, a message came in.. "I am not usually the kind of guy to go after a woman but seeing you intrigued me, for the first time in my life I felt like this is a challenge I am up for. I am mesmarized by your body but I want to mesmarize you with my mind! Take some time to think about it and in three days I will call you back."