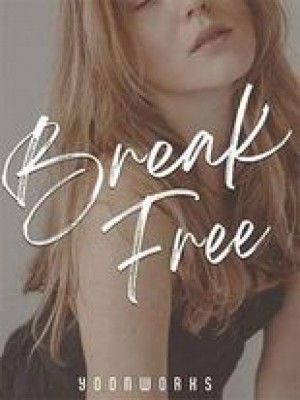 Rosie escaped from everyone when she lost someone dear to her. But when she accidentally met Jake while she was running away, she didn't have a choice but help the boyband member when he was in trouble because she's friends with his sister. She didn't know though that staying with them will lead her into a complicated relationship with Jake. Can she handle it? Can she let someone enter her life again?

My nose automatically scrunched as a sweaty body slammed into mine.

"I'm sorry," I muttered in my Australian accent as the lady glared at me. I wanted to flip the girl out for glaring at me when in fact, I tried to avoid her but she was so in a rush that she barely even noticed that our body will collide. But I decided otherwise.

There is too much crowd in here and I don't want to make a scene.

I turned around and I moved away from the crowd of people lurking outside of the giant stadium.

A picture of the busy street is all I wanted but I didn't realize that the kpop group VOELEVARD is having a concert in the area.

That explains a huge amount of teenagers roaming around and the loud fan chants.

I shook my head in annoyance as I bent down and took another picture.

So much for peace and quiet.

Of course, I know them.

I've heard a few of their songs but I wouldn't say that I am a fan.

To be honest, the only reason why I listened to their music before was because Samantha unnie kept on playing those in our apartment when we were still studying in the States.

Back when we were in University, the three of us stayed together.

And the fact the Voelevard's youngest member Jeon Jake was Samantha unnie's half-brother is not a secret to both Lisa and I.

No matter how much he looked adorable on photos, I still can't help but hate the man for being a pain in the ass.

I can still remember how Samantha unnie used to cry every time she calls home and her brother refuses to talk to her. She was so broken, lost and unsure of what she wanted to do.

If not for Lisa and I's constant cheering, I was so sure she'd pack her things and head back home to see her brother. That's how much she adores him.

Too bad Jeon Jake was too selfish to realize that.

Even though they've already made up, my animosity towards the man remained.

The last time Samantha unnie visited was when she and the oldest member of VOELEVARD were together. I know they are still a couple but I was so busy with my life that I was no longer able to catch up on what's happening to them.

The last time I saw Lisa was when I send her off to the airport back to Thailand.

Oh God, I miss those two.

A long sigh escaped my lips when I noticed that a lot of people are starting to get out from the stadium.

"It must have already ended," I whispered.

Before the crowd gets busier, I decided to turn my back away from the busy street.

With my backpack and camera on me, my feet expertly walked around the streets on a cold night.

It has already been two weeks since I packed my belongings and decided to travel.

I know my Mom and Dad had been worried about me but I know they understood.

I need this right now. I need to be alone...

I need to find myself again because right now, I am so lost and I don't know what to do with my life anymore.

My inside felt heavier in a flash.

You can do it, Rosie.

I want to start over and leave everything behind... because I have to.

I checked my wrist and realized that it's only past seven but I feel like the day had been so long.

My brows furrowed when I realized how their concert just ended an hour ago when it is still so early. They must have started early. Or was it a fan meet and not a concert?

"But the fan chants..." I muttered but I shake my head in the process.

Why do I care anyway?

And then I heard my stomach grumble...

Right, I haven't eaten my dinner.

I had been so caught up in enjoying the surroundings that I forgot to feed myself.

And I know just where to go.

My feet naturally lead me to a familiar path.

This is not the first time that I have been to this place. I don't know why but as soon as I packed a couple of clothes, my phone, a few credit cards, ID's and some cash, I headed straight to the bus and somehow, I ended up here.

To be honest, I don't have a definite destination. I'll go wherever fate leads me.

As I turned on the corner, my eyes caught a familiar built swiftly making his way towards the crowd of people, trying to blend in but oblivious to the fact that he couldn't.

What is he doing at seven in the evening, with thousands of his fans who just watched him go wild at the stage, roaming around the place?

That built, my eyes can't even count how many times I've seen videos of him dancing, walking through the airport, or even smiling in front of his fans. Of course, I can clearly recognize his stance and even the way he walks.

Yeah, Samantha unnie did watch all those kind of stuff just to check on her brother.

Lisa and I even ended up watching Voelevard's concert one time in her efforts to watch her brother from afar without being seen.

I turned around, away from where the mass of people and the idol who seem to be enjoying his night.

While walking down along the sidewalk, I heard a few teenagers talking. Normally, I would walk away and let things be but curiosity took over me and I stopped from my trance and started eavesdropping.

Yeah, Rosie you have nothing better to do, right? So yeah, stalk some teenagers to ease off your hunger. I mentally scolded myself

"I swear it was really him."

"This is our chance, make sure to grab him so he can't go."

I shake my head as I try to focus my attention on the beautiful scenery before me, my camera taking in every small detail as I take a picture of it.

"Food, that's what you need, Rosie. Stop minding other people's business." I whispered to myself.

I turned my back to continue where I left off.

"Right, where am I again?" I talk to myself as I check my surroundings. "I'm sure that Italian restaurant is just somewhere here."

I bit my lower lip as I try to remember the last time I was here.

However, something keeps tugging from her insides.

A sigh escaped my lips as I bring my camera down, the words I just heard kept lingering on my mind.

"Leave it Rosie, you're not going to save that immature idol's ass." I whispered to myself as I continue walking down the alley where a lot of stalls are situated.

I bump a few people and each time I muttered sorry, I would take another step forward, leaving everything behind.

Move forward, yes. That's what you should be doing.

Just then my eyes landed on a pink face mask hanging in one of the stalls.

My body was put in a halt.

"No, Rosie, don't." I shake my head as I try to brush off the thought.

Do this for Samantha unnie. A voice inside me kept pestering me.

I grunted as I battle to my internal self.