Home/ Her Eternal Mr.Right Completed
I was barren, my husband made a baby with another woman and then divorced me. 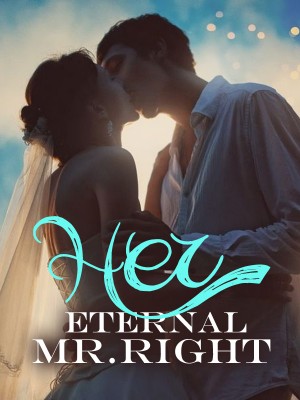 I was infertile. My husband Edric said he would love me no matter what. For three years, he had always been gentle to me, I was happy that I found someone who truly loved me and didn't mind that I couldn't give him a child. Until one day, I learned the fact that he's been cheating on me a long time ago, living a double life, and having a baby with someone else. And that woman was a very close friend of mine. I was mad, I slapped her, but didn't expect it would kill her baby. Edric was furious and sent his lawyer to force me to sign the divorce agreement. I was told not to take any jewelry Edric bought me, and no property would belong to me, all I could do was just pack and leave. Three years later, I came back for revenge, with another man...

About
Table of Contents
Comments (3322)

The smell of disinfectant pervaded the air in the hospital.

Irene Nelson dashed out of the doctor's office excitedly with the lab results in her hands. Just when she was about to make a phone call, her cellphone rang. When she picked it up, she heard her uncle say, "Irene, is everything alright between you and Edric?"

"I heard that Edric brought a pregnant lady to the hospital for a prenatal checkup the day before yesterday..."

Irene burst into laughter and replied, "You think Edric has a kept woman?"

"Don't worry. Of all men, Edric's the last person in the world who would do such a thing."

After Irene hung up the call with her uncle, she called Edric Myers. However, he only answered after the phone rang for a long time. "I'm very busy. Don't call and disturb me if it's nothing important! That's it for now."

He sounded cold and emotionless and hung up before Irene could say anything. Irene held onto the test results, feeling as if her burning passion was frozen instantly.

Since they got married three years ago, Edric was always very gentle to her. But recently, there was an abrupt change in his attitude, not only cold, even when answering her call, he was also impatient, which made her wonder what caused such a drastic change in him.

With her mind preoccupied by her thoughts, Irene turned and saw a figure pop up before her. "Sis!" a gentle voice called out.

When Irene looked over, she saw Lily Cook who was accompanied by a middle-aged woman.

Irene frowned at the sight of Lily, who was the daughter of a mistress. With a look of contempt on her face, she retorted coldly, "Mind your words. I'm the only child that my mother has ever given birth to."

Instead of getting angry by her reply, Lily merely beamed and asked gently, "Irene, are you here for your infertility check up again?"

"It's none of your business."

"Aren't you going to ask me why I'm here at the pregnancy check up area?" Lily asked and raised an eyebrow at Irene provocatively. She then chuckled and announced, "I'm pregnant with Edric's child!"

Irene only noticed her tiny baby bump right after she said this. All along, Lily had been very obvious about her feelings towards Edric and would always find ways to hook up with him before he married Irene. However, Irene merely sneered and replied, "Are you out of your mind?"

"You don't believe me? Well, take a look at this!"

Lily then flashed her check up report to Irene and Irene's expression instantly changed when she saw the familiar handwriting on it. She couldn't believe her eyes when she saw Edric's signature.

"I spent after dark with him four months ago. He was such a beast and was at it all night. I was pregnant since then," Lily declared and grinned proudly. "He likes this child very much and asked me to keep him. You could step down after my child's born."

"You b*tch!" Irene roared and, trembling with rage, struck Lily across the face. Lily instantly fell to the ground as if she had been anticipating this, "Ouch, my stomach!" she shrieked.

Irene only slapped Lily on the face, but crimson red blood began to ooze out of her trousers the moment she fell to the ground. Irene was taken aback and could hardly believe what just happened.

The medical staff instantly rushed Lily off to the emergency room. Afraid to leave the scene, Irene too followed after her.

After waiting outside the room for quite some time, Irene heard the sound of footsteps and when she glanced up, saw her mother-in-law, Margaret Moore. Glaring at Irene furiously, Margaret asked, "What's going on? How did Lily end up in the emergency room?"

"Miss Nelson... No, Mrs. Myers pushed her!" The middle-aged woman who had been accompanying Lily answered.

"You b*tch! You're a fruitless tree and yet you simply couldn't bear to watch others achieve what you've failed to, could you?" Margaret shrieked and slapped her in the face. As Margaret had never liked Irene, she was merciless with her blow and Irene's face quickly began to swell up.

Earlier before, she had thought that Lily was lying but Margaret's attitude explained everything.

A burst of despair grew in Irene's heart and it felt so suffocating that she nearly passed out. But right at that moment, the door to the operating theatre opened and a nurse walked out to inform them that Lily had lost her baby.

Margaret went ballistic when she heard this and immediately charged over to yank Irene's hair before she began to thrash and kick her.

Irene quickly blacked out from the violent beatings.

When she finally regained consciousness, she opened her eyes to a sea of white. She tried to sit up but her body ached so terribly that she had to lean against the headboard of her bed to catch her breath. But right at that moment, the door to her ward opened and a man wearing a pair of gold-rimmed glasses came in.

"Lawyer?" Irene repeated and stared at the man before her in shock.

"Yes, I'm Mr. Myers' private lawyer. He entrusted me to handle his divorce proceedings with you."

"Divorce? Edric wants to divorce me?" Irene repeated and could hardly believe what she just heard.

The lawyer walked over to her bed and handed her a document. "This is a divorce agreement. Please read through it."

Irene's hands began to quiver. She had never dreamed that Edric would actually divorce her one day. Without reading the divorce agreement, she stared at the lawyer and ordered, "Get Edric to come to see me! I want him tell me in person!"

"Mr. Myers is very busy. He doesn't have the time."

"He's busy and has no time?" Irene chuckled and wondered when they had begun to be so indifferent to each other that he could not even afford to spare some time to meet her.

Closing her eyes shut, she grabbed the phone on the bedside table and dialed for Eric's number but could not seem to get through to him.

"How did Edric and I end up like this? An affair, a divorce..." she mused.

The lawyer, who was still waiting for her response, urged, "Miss Nelson, please take a look at the agreement. I'm very busy!"

It was obvious from the lawyer's attitude that he would not take 'no' for an answer. Everyone had been respectful towards Irene throughout her three years long of marriage with Edric. Now that the lawyer was so cold and harsh, he was clearly acting under Edric's instructions.

Irene held up the divorce agreement and glanced at the column on the dismemberment of property. As all the property belonged to Edric before his marriage, it was not part of the property that would be divided upon their divorcement. Irene instantly began to tear up.

He once said that she meant the world to him and that everything he had belonged to her. However, he already fell out of love with her within just three years into their marriage. She wondered if he was finally revealing his true colors.

The truth that Edric had kept a mistress behind her back and even impregnated the mistress with a child finally began to sink in.

"I suppose it's time for a fruitless tree like me to step down," Irene thought bitterly. Without reading the agreement any further, Irene glanced up at the lawyer, who had been staring at her all along, and requested, "Give me a pen!"

The lawyer opened his briefcase, took out a pen and handed it to Irene before he added, "Mr. Myers said that you can't take any of the jewellery that he bought for you."

Irene stared blankly at the space before her and froze for a long time. Just when the lawyer thought that she would challenge this, she slowly agreed, "Sure."

She then picked up the pen and signed her name on the divorce agreement quickly.

After the lawyer took one quick glance at the signed agreement, turned and left.

A luxurious Aston Martin pulled up in the parking lot of the hospital and the car window scrolled down to reveal the face of an incomparably handsome man. The lawyer quickly strode over to the car and reported respectfully, "Mr. Myers, Madam has signed it!"

"She signed it?" the man repeated slowly and glanced at the lawyer's face with his unreadable eyes.

The lawyer's heart raced when he saw how moody the man seemed and though the lawyer wanted to say something, he was at a loss for words. The man then turned to stare at the dark night sky. After some time, he spat out, "Let's go!"