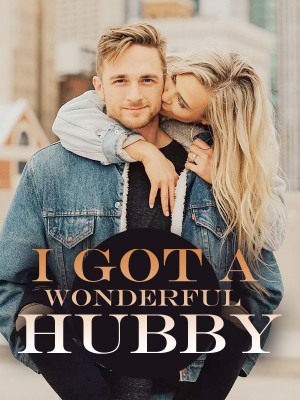 I Got A Wonderful Hubby

Aurora was a beautiful orphan, not knowing who were her biological parents. The only clue about her parents was a gold pendant. She wore it since she was born. Because of the misdiagnosis, Aurora thought she was going to die. Before her time was up, she had to enjoy her life. Therefore, she caught a handsome guy in the nightclub and spent a crazy night with him. Unexpectedly, she slept Santiago Granger, the president of Granger Group. In this city, he was every girl's dream! Santiago took Aurora's pendant away and told her the only way to get her pendant back was to marry him. "Marry me, and you can get your pendant back, plus one million per month. Think about it!"

About
Table of Contents
Comments (151)

The night deepened in the presidential suite.

The strength of the alcohol was beyond her expectations.

"I'm asking you once again, where was this gold pendant from?" The man stood by the bed, looking at her condescendingly.

Aurora slightly opened her eyes and looked at him. She wondered if it was because of the alcohol kicking in, but she found the man incredibly good-looking.

He had a cold but attractive face, with defined features and a pair of deep eyes. She had never seen such a handsome man in her entire life!

Since she was going to die either way, she might as well have a taste before it all ended, Aurora thought. Those twenty years should not be lived in vain.

She rose and held the man's waist. Giving him a small smile, she whispered, "You want to know where my gold pendant came from? Be a gentleman then..."

The man grew visibly irritated, scowling. Aurora was pushed away.

She yanked his tie and with a strong pull and they both landed on the bed.

Aurora wrapped her arms around his neck and kissed him; his lips brought a slight chill.

Disappointed with her fate, she shyly but passionately met the lips of the man in front of her......

The remaining night went by in a blur.

Aurora had a headache and an immense soreness all over her body when she woke up the next day.

She sat up, observing her surroundings. The disposable slippers and the big, white double bed proved that she was at the hotel.

She uncovered the quilt and glanced at her bare self...

Aurora let out a heavy sigh as she buried her face in her palms. God was really "favoring" her.

She was diagnosed with terminal brain cancer half a month ago. With one month left to live, she travelled all the way to Sleinport in search of her biological parents, whom she had never met.

Aurora merely wanted to meet them before her time was up. However, she had no news despite her efforts for several days.

Feeling terrible, Aurora wanted to drink her problems away in a bar, only to have gotten drunk by a sleazeball.

She dismissed him in distaste of his appearance, and stumbled into the arms of another man who was as cold as an iceberg. The man brought her to the hotel...

As for the rest of the story, Aurora had forgotten about it all.

What exactly did that man look like? How did it feel the night before? Had they really...?

She sighed in frustration. Suddenly, she noticed her shoulder bag. How could she have forgotten about that!

Aurora had always carried a spy camera, attached to the bag strap. The purpose was to record the journey of seeking her parents and to prevent any accidents.

Aurora was alert and careful towards her surroundings. It wasn't an easy task to find her parents, not to mention her safety was at risk. She would always be prepared with a Plan B for every situation.

The camera was connected to the phone application. If she were to open it, she would see the face of the man in their affair.

However, Aurora shook her head. She should just forget about it and not watch it. If he was a hideous man, the fact would only make her feel worse...

She headed towards the bathroom and planned to leave after taking a shower.

Right then, as she stood and faced herself in front of the bathroom mirror, her eyes flew wide open in horror.

The gold pendant on her neck was gone!

Her heart dropped. She hurried back to the bedroom and rummaged through the entire bed.

It was nowhere to be found.

Aurora was in a state of utter panic. The pendant was the sole belonging her parents had left her with, and she should never lose it!

At that moment, her phone rang with a text message.

"The gold pendant is with me. If you want it, come to Empire Group."