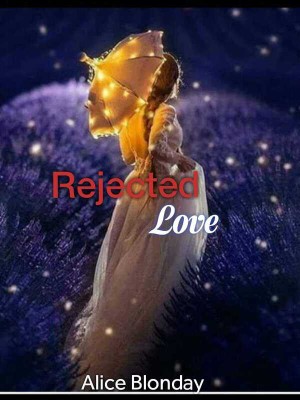 He rejected her when she didn't know what he meant to her. He left her when she needed him the most. He left her broken and alone in the claws of this cruel world. But now, he’s back to claim what is his. Will she accept him now? Read the story to find out about his REJECTED LOVE…. My mate, so weak, so pathetic. "I have a weak and pathetic mate". He thought as he looked at her with disgust and displeasure in his eyes. Just like me, when I was human. She is a human! I don't want a mate. I don't want a weak and pathetic mate! She can't fix me! She's nothing! Screw this! His thoughts were going berserk with the rushing flashes of his past. He tucked his hand roughly through his hair in an unsuccessful attempt to stop the replay of those horrible evocations. He laid her on the small grass patch at the side of the deserted road. She was half-conscious, so she could hear him. "Hey!" He said, jerking her pale face gently. Blood was covering half of her face but she was still looking beautiful in the moonlight. The sparks weren’t going unnoticed as he reminded himself that it was just the mate-bond. He was determined in his decision and he wasn’t going to change it. The girl opened her eyes slightly and with that, he did what he thought was right at that time. "I, Kane Wilson, reject you as my mate!" He said, with all the strength he could have mustered in his miserable state of emotions and with that, he left her there, feeling extreme pain in his heart. But he pushed that pain aside and ran from there at his maximum inhuman speed. Away from her!

** A group of teenage boys were walking down the road. There were six of them. Each having had great fun from the party they just presented to their dear friend, Kane, on his eighteenth birthday that night. They were all returning home after having spent a marvelous time together. Their friendship was something special. They were best friends, more like brothers. But no one knew what was going to happen in the next moment.

It was about midnight and the route back to their home was quiet and deserted. However, they had nothing to worry about as long as they were together. They were laughing and cracking stupid jokes at each other when a man in a black hood suddenly appeared in front of them. They were startled by the sudden appearance of the stranger.

The boys glanced at each other, a sense of fear gnawing at their hearts.

"Hey, man! Do you need any help?" After much hesitation, Sandy, the eldest one of the boys stepped towards the mysterious person. The man lifted his head towards them so that now his glowing red eyes were on show. As soon as Sandy saw those horrific eyes, he took frightened steps back, so did the others. But it was too late to escape now. Two more men came up from behind them and snapped the necks of the two who were at the back of the group of now frightened boys.

The other four boys turned towards the now lifeless bodies of their pals and tears brimmed the edge of their eyes. Adrenaline rushed through their veins as their life flashed before their eyes.

"What are you?" Sandy cried out in utter terror. He could feel himself and his friends shaking with fear. The man smirked evilly. His face looked murderous.

"Your death!" He lunged for Sandy, whilst the other two vampires caught the other two boys and sank their fangs in their necks in the beat of a heart. The only one left now was Kane and he didn't know what to do. Tears were rolling down his face as he watched the vampire, who was going to be his death, coming towards him.

The vampire gripped him by his slender throat and brought him near his mouth to sink his horrible looking fangs inside his neck and quench his thirst for blood. But at the same time, someone shouted from a distance.

The vampire, who had gripped Kane by his neck, loosened his hold and faced the other person. Another ruthlessly evil smile spread through his hideous features.

"Oh, Bryson! What a pleasant surprise. Are you here for a late-night snack too?" He snarled, more like hissed in a hoarse voice. The man, whose name was Bryson, clenched his jaw tightly to control his anger which wasn't helping seeing the bastard in front of him. Bryson said through gritted teeth. "Leave the boy alone!"

"Try me." With that, he dug his elongated fangs deep into Kane's neck and extreme pain spread through his body. **

I woke up with a start breathing heavily. My hair was messed up and my eyes were giving the darkest shade of red probably with the anger and agony. Again the same dream. The nightmare.

Yes, nightmare! It was a memory in the form of a nightmare of the night I lost everything, my friends, my family, and even my life.

You must be thinking, if I’m already dead then how am I telling you this. I'm a vampire. A strong but alone vampire, who has nothing to lose and the people who have nothing to lose are the most dangerous beings.

I hate weak and pathetic beings because I was once one of them and that's why I have been punished and lost everything.

Being immortal could indeed be considered as a punishment. To live for eternity but with no one beside you.

To see every beloved dying but not being able to promise them a reunion because you're immortal. To remember their deaths for eternity. To remember your mistakes and regret them all your never-ending life. Seeing flowers bloom in spring and then see them fade into nothing during winter.

Bryson once told me that every vampire has a mate, who is supposed to accompany them for eternity, to fill the lonely and empty gap in their lives and dead hearts. They are your soul mates, basically your other half. But I don't need a mate. In my opinion, they will only make me weak and pathetic. I don't need anyone! No one!

I reached out to my side table drawer to grab the pills Stella gave me. They helped in keeping those nightmares away from me which was the only way I could get to sleep. Stella was a witch and a good friend of mine. As human pills don't affect vampires, I asked her to make me pills to get better sleep or probably to not see nightmares? But the drawer was empty, meaning my pills had finished.

I shall have to ask her for more in the morning. But now I couldn't go back to sleep. The room felt too cramped and the air inside was exceptionally suffocating tonight if that made any sense at all.

Getting out in the fresh air was my priority at the moment. I decided to go for a run in the forest in order to clear my mind from all those depressing memories. The forest was in front of our house, giving a vivid image of nature's beauty. I changed my clothes and headed out. There were still some hours left before dawn because the sky was still pitch black and particularly starless tonight. It was as if even nature knew how depressed I'd gotten and changed itself to look like that. I started running deep in the forest and lost track of time.

I don't know how long had I been running in the forest, but out of nowhere, I heard the sound of a loud crash and stopped in my tracks. Strong anticipation rose deep inside me and clutched my heart painfully. Suddenly, the smell of blood tickled my nostrils. I didn't waste another second and immediately dashed towards the source of the smell. My mind was blank while my body moved on its own.

When I was near the spot another smell hit my nose. It was a sweet fragrance of lotus flowers that made me restless for some reason. I ran even faster with my already inhuman speed. As I got closer, I saw a broken and dented car at the edge of the road and it was about to fall down the cliff. I quickly fled towards the car and pushed it back on the road with all my strength. Sometimes being a vampire wasn't that bad I supposed. When the car stabled on the road, I peeked inside.

There was a man and a woman in the front seats. They were already dead by the impact of the car crash. I could sense their hearts not beating. There was nothing I could do. When I was about to leave the scene of the accident, the delicious, heavenly scent of lotus flowers again hit my nostrils. I shifted my gaze to the back seat where a little girl was lying, bleeding from the side of her head and left arm. Her arm had a huge gash on it. I was momentarily struck by the shock but then my senses came back and I immediately moved towards the backseat door and tore it open. The door came off its hinges so I carelessly tossed it aside. I pulled the little girl out of the car carefully as if I was holding a fragile doll. Sparks were erupting everywhere I touched her. I could easily tell who she was to me.

I have a weak and pathetic mate. I thought as I looked at her in disgust and displeasure.

Just like me when I was human. She is human! I don't want a mate. I don't want a weak and pathetic mate! She can't fix me! She's nothing! Screw this!

My thoughts were going berserk with the rushing flashes of my past. I tucked my hand through my hair roughly in an unsuccessful attempt to stop the replay of those horrible evocations. I laid her on the small grass patch at the side of the deserted road. She was half-conscious, so possibly she could hear me...

"Hey!" I said, jerking her pale face gently. Blood was covering half of her face but she was still looking beautiful in the moonlight. The sparks weren't going unnoticed and I reminded myself that it was just the mate-bond. I was determined in my decision and there was no way I was going to change it. The girl opened her eyes slightly and with that, I did what I thought was right at that time.

"I, Kane Wilson, reject you as my mate!" I said, with all the strength I could have mustered in my miserable state of emotions and with that, I left her there, feeling extreme pain in my heart. But I pushed that pain aside and ran from there in my ultimate inhuman speed.