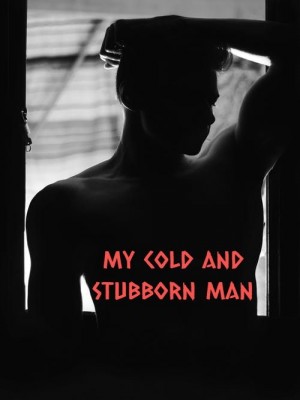 My Cold and Stubborn Man

Life is a tough challenge. Being someone who lives in the world without expecting to be born is a special challenge in his life. What's more, she had to accept every life's endless trials when her late grandfather had to suddenly match her up with a man she didn't know. A few days of losing his grandmother, he also had to be ready to lose his grandfather. Living alone, being alone without knowing who the biological parents are who have the heart to get rid of his life. Married to a cold and stubborn man, that's how Kaira's life must go on. Until finally, the marriage led him to find the answer, which he had been wanting to know. Who is he really?

This story contains elements of clothing and a high level of emotion. Please be patient while reading it.

This story also hasn't been revised at all. Still very messy with typos scattered around. PLEASE BE MORE PATIENT.

The girl was alone, with wavy hair in the night breeze. Cold air rushed into the pores of her soft skin. Shivering, but he endured it.

Tears still streamed down her cheeks.

The wound was deep enough to make him feel endless pain. Bruised and inflamed, no one could feel this deep sorrow.

For years the girl lived alone with her grandfather. You could say, since he was two years old, he had been cared for by his grandparents. However, her grandmother died when the girl was ten years old.

Sad, that girl has no one in this world anymore. Only Grandpa, who has now left.

Her parents left her alone when she was washing the baby. Nobody cared, nor left some riddles behind. It was hard to accept the fact that he was alone.

"Grandpa .. how can I? How can I live without grandfather? In this world Kai is just alone," sobbed the girl, hugging her grandfather's ashes, who had been cremated a week ago.

"Kaira can't live alone without grandfather. Kai can't gramps ..." he said again while kneeling on the edge of the beach with his typical waves.

The air was getting cold and brushed against her white skin. The girl was only clad in a dress with a thin floral pattern. Silence, while remembering his past. The days he spent with Grandpa. I could not imagine the reality approaching him this quickly. This is a nightmare that really happened. Feeling useless living in this world when he didn't have anything.

The eighteen year old knelt down with trembling shoulders. Feeling that his grief would not pass this quickly when the person he had been so dear to him had left.

"Grandfather, Kaira loves Grandpa. Kai loves Grandpa and Grandma, more than Kai loves Kai's own parents who they really are. Kai promises, he will continue Kai's life for the sake of you two," said the girl again as she got up.

"Grandpa, this place is beautiful. This beach is beautiful. You just live here. Kai left you here. If you are here, then Kai has a reason to always go to this beach .."

The girl slowly drew closer to the shoreline. The waves are really unfriendly tonight, Kaira bows her body, then starts throwing her grandfather's ashes into the sea water.

Kaira Amalia Sanjaya, the girl's name. She is beautiful, good hearted. However, his parents did not expect his birth. Forced, his grandfather who was a retired Army officer with a wife who was sick had to take care of their grandson at that time.

Kai walked away from the shoreline to return to the hotel he rented a few nights.

The cell phone in her dress pocket vibrated, indicating an incoming phone.

"Actually, this is very important. But, what can I say now?"

"Actually your grandfather left some wills. Everything is very important for you to do. Can you come another time?"

"Yes, sir. You can. If you may know now, what is the contents of the will, sir?"

"There are some messages, Kai. But, what I think is very important, your grandfather has quite a few savings. That you can use."

"He has been saving money almost decades ago. And the money is sufficient for you to live alone for the next five years or so,"

"Grandpa .." she muttered to herself between the tears.

His mind was still spinning. How nice is his grandfather? Even in the rest of his old age, Grandpa was still thinking about Kai's future.

"Grandfather is the greatest man in Kai's life. Hopefully, someday Kai can be taken care of by men like Grandpa."