Home/ My Wife, Stone-cold Stunner Ongoing
A monster was reborn in a fool's body. He would make all those people who bullied him suffer! 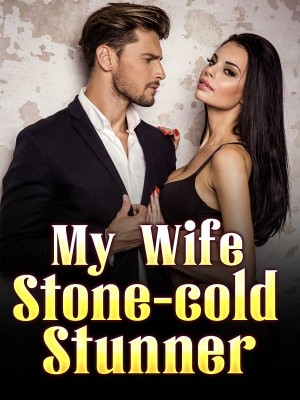 Lucian in the past life had conquered the underground world of the entire Vepluaze! In contrast, the current Lucian was a fool bullied by his colleagues. Although he was chosen as the female president's fiance because of his powerful family background, his colleagues didn't know his identity. Besides, he was a fool who didn't know how to use his advantages to protect him... Therefore, he was slapped to death by the manager! Thankfully, he was reborn! The new Lucian, also the Lucian in the past life awakened. All the people who used to fool Lucian around were doomed!

In the women's washroom of Amazystems Group in Crepuct City.

"I missed you so much, my baby. While you have been gone, I've been holding it in so long that I'm feeling a little sick now."

A middle-aged man and woman were having a conversation in the washroom stall.

At that moment, the man's obscenely anxious voice made him sound insufferable.

"You wretched man. It has only been a few days, and you're already in such a state."

Just then, the woman replied grumpily.

Outside their washroom stall, there was a young, twenty-old-year man standing. He had delicate facial features, a fair complexion, defined eyebrows, and a chiseled jawline.

Even being dressed in a poorly-made security guard's outfit was not enough to hide his perfect figure.

In fact, he gave off the impression of a bright and cheerful man.

However, that resolute and cheerful face had a silly feeling to it. With a wide grin on his face, he leaned against the door as he lecherously eavesdropped on the commotion caused by the pair inside the washroom stall.

Hurriedly, the middle-aged man pushed open the door and was taken aback, then angered by what he saw.

Immediately, he cursed loudly, "How dare you peek at me, Lucian? I'm going to beat you to death!"

After saying that, the middle-aged man raised his hand and swung at him.

At that moment, Lucian Frazier didn't dodge and instead smiled sillily as he stood there.

In an instant, the slap knocked him to the ground, but because he slipped, he hit his head on the wall and lost consciousness on the spot.

"Who was that?" the middle-aged woman asked as she walked out holding her skirt.

"That d*mned Lucian was actually peeking at us so I slapped him."

Just then, the middle-aged man spat at Lucian and even walked up to kick the unconscious Lucian.

"What?! He was trying to peep? How dare this silly man do that? I'm going to kick him to his death today!"

While she was saying that, she was livid as he walked up to Lucian and kicked him twice more.

"Someone must have instigated him. Otherwise, he wouldn't have known about what we were doing at all," the middle-aged woman scolded softly.

"D*mn it. He must have been instigated by the other security guards. I will definitely deal with them later."

Striding out of the washroom, the middle-aged man cursed with a cigarette in his mouth.

"Hey, Collin. Why isn't this fool moving at all?"

Realizing that something seemed wrong, the middle-aged woman kicked Lucian a few more times, but she realized that he wasn't moving at all.

"This fool has no other skills than to be a freeloader or play dead. Kick him a few more times. I'm sure he's fine," Colling Swanson squinted at Lucian casually as he smoked his cigarette.

"Something's not right, Collin. This fool doesn't seem to be breathing!"

Suddenly, the woman felt a numbness overcome her body as she tried using her hand. In the end, she realized that Lucian was dead!

Shocked, Collin Swanson reached out to feel for his breath only to realized that he really wasn't breathing anymore.

Immediately, Collin fell sitting on the ground as sweat broke out.

At that moment, Collin never expected that Lucian would die from just one slap!

"Don't panic, Collin. Let me think of something for you."

Since the woman was mentally stronger than Collin, she whispered something into his ear.

All of a sudden, Collin's eyes lit up.

"Well, since there's no point in this fool's life and he is a fool, we'll just say that he hit his head when he ran away after getting peeking in the women's washroom."

Upon hearing that, Maisy Sharp sneered.

After agreeing to the story, both of them began their act.

"Don't hold it against me, fool. If you have to blame someone, blame yourself for being a fool who would not contribute to his world even if you stayed on."

Kicking him with her foot, Maisy ran to the door of the women's toilet and began her act as she burst into tears.

At that moment, her yells alerted the entire sales department...

Just then, the young man lying on the ground slowly opened his drowsy eyes...

When Lucian opened his eyes, he could feel immense pain all over his body as he shook his head and scanned his surroundings.

Stunned for a few seconds, he could suddenly feel a massive amount of information flooding his brain as if he was reborn.

Half a minute later, a wry smile appeared on his indifferent and resolute face.

"Haha, I guess fate didn't want me dead. Who would have thought I would have a chance at being reborn?"

Slowly, he stood up as he loosened up his entire body.

It was only then that he realized that he was indeed reborn and the owner of the body was Lucian Frazer as well!

In fact, even his appearance was the same as the one he had in his previous life!

In his previous life, Lucian was an elite special forces soldier that struck fear in those who had heard his name!

With a pair of iron fists, he conquered the underground world of the entire Vepluaze and was notoriously known internationally as Charford!

In that life, he was enjoying the highest honor in the underground world as he lorded over all things underground with no one as his match. However, he ended up dying at the hands of the women he loved...

"I treated you so well, Ella! I would never have expected that I would end up dying at your hands..."

When he thought of this, his gaze suddenly turned ice-cold since he couldn't imagine that the life of someone as powerful as him would end this way.

In fact, it was pathetic just thinking about it.

Suddenly, there was a commotion right outside.

Just then, Lucian snapped out of the pain of his memories.

After thinking about it carefully, he smiled sinisterly.

"To think that a monster like me would be reborn in a fool's body."

Upon realizing that, Lucian felt a little helpless.

Surprisingly, this fool had an impressive background. After all, he was the son of the Frazier family, one of the great families in Crepuct City!

Most importantly, this fool was actually the fiance of the beautiful daughter of Amazystems Group, Ashlynn Flores!

Who would have thought that the previous owner of this body had such amazing benefits?

However, it was such a pity that he was such a fool and almost everyone loved bullying him and mocking him...

"Your death was worth it, my man. From today onward, I will take back your lost dignity for you!"

Squinting indifferently, Lucian swore to himself.