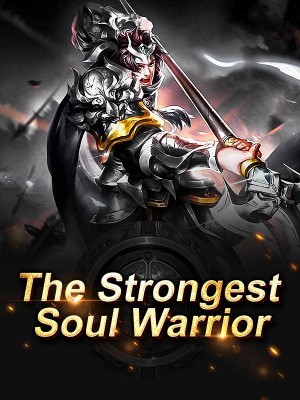 On the Canglan Continent, if one were aiming to become a Martial Artist, awakening a Martial Spirit was essential. Only through a Martial Spirit would a cultivator be able to communicate with the Heavens and Earth to absorb Qi and cultivate.There existed various kinds of Martial Spirits. It was impossible to count every single one of them. Generally, Martial Spirits were classified by four great ranks: Tian, Di, Xuan, and Huang , while each rank was further split into ten grades.

About
Table of Contents
Comments (212)

— Awakening of the Martial Spirit

On the Canglan Continent, if one were aiming to become a Martial Artist, awakening a Martial Spirit was essential. Only through a Martial Spirit would a cultivator be able to communicate with the Heavens and Earth to absorb Qi and cultivate.

are the first four characters in the Thousand Character Classic, a Chinese poem that has been used as a primer for teaching Chinese characters to children. Tian = heaven/sky, Di = Earth, Xuan = dark blue/obscure, Huang = yellow/human.], while each rank was further split into ten grades.

…Meanwhile, at the Qin Clan in Linshui City of the Luohe Kingdom, a Martial Spirit Awakening Ceremony was being held…

A handsome disciple wearing a prideful look was sitting on a pitch—black altar with his legs crossed. The altar was surrounded by the disciples and elders of the Qin Clan.

As such, the disciples and elders expressed great anticipation on their faces.

The pitch—black altar began to actuate as rays of white light were emitted from it, resulting in a magical sight. The crowd could see the light penetrate Qin Changkong’s body and move around like giant illusionary snakes with their naked eyes.

The imperious roar of a beast was emitted from Qin Changkong’s body all of a sudden.

Yellow rays of light began to appear from Qin Changkong’s back, and when a total of five yellow rays could be seen, the phantom of a giant ferocious white tiger appeared with a monstrous aura, as if the king of beasts had arrived.

The elders and disciples could feel a great pressure at that instant.

The words served were similar to a grenade being tossed into a crowd, startling the disciples and elders.

“Oh my Lord, our Qin Clan has finally produced a great talent!”

Everyone’s faces filled with great astonishment. No one had expected this to happen.

They had initially thought that Qin Changkong would at most awaken a fourth—grade Huang ranked Martial Spirit.

Qin Changkong was immersed in great joy. Even he himself had not expected to awaken a fifth—grade Huang ranked Martial Spirit.

After seeing the astonishment in the eyes of the disciples and the elders, Qin Changkong could not help but feel proud. He then scanned the crowd and locked his gaze onto an ordinary—looking dis—ciple in a mocking manner.

The disciple was none other than the Young Master of the Qin Clan who was known as the top genius of the clan: Qin Nan.

“Well done. Next, Qin Nan!” The elder in charge swiftly reacted and uttered a yell. Following this, his eyes filled with great anticipation.

Now that Qin Changkong has been deemed to be an outstanding genius, Qin Nan will definitely awaken a better Martial Spirit than him, judging by his talents.

If that is the case, the future of the Qin Clan should not be underestimated with these two great geniuses.

As expected, after the elder in charge yelled out that name, the disciples and elders instantly with—drew their thoughts and glanced at the ordinary—looking young man. The anticipation displayed in their eyes was greater than before.

Qin Nan was not only a legend to the Qin Clan, but to Linshui City too.

Once, a Martial Emperor Realm expert stated after listening to Qin Nan’s achievements, “The tal—ent that this child displayed is not to be underestimated. The Martial Spirit that he awakens in the future will surely be fifth—grade Huang ranked or even higher. His future will be remarkably ex—traordinary.”

The words of the Martial Emperor immediately came into play. Before Qin Nan had managed to awaken his Martial Spirit, he was referred to as the top genius of Linshui City.

Qin Nan was wearing a long black robe, and his skin was slightly pale as if he had just recovered from an illness. Under the gaze of the crowd, he proceeded to the altar at a steady pace while wear—ing a calm expression.

“Phew, this day has finally arrived…”

Qin Nan mumbled to himself and took a deep breath. He ignored the gazes from the crowd and sat down with his legs crossed before shutting his eyes.

Following this, the white rays emitted from the altar penetrated Qin Nan’s body.

At that instant, the surrounding disciples and elders became excited the moment the process start—ed.

“My instinct is telling me that Young Master Qin Nan’s Martial Spirit is going to be quite remarka—ble!”

“Gasp, a Martial Spirit surpassing the fifth—grade Huang rank. This has never happened in the his—tory of our Qin Clan.”

“Shut up, try not to disturb Young Master Qin Nan. If anything goes wrong, are you able to bear the consequences?”

The atmosphere of the place turned incredibly lively. In addition to the young disciples, even the elders uttered continuous compliments with great anticipation.

However, when Qin Changkong saw the reaction of the crowd, the joy and pride from awakening a fifth—grade Huang ranked Martial Spirit instantly dissipated, leaving a twisted expression on his face.

As soon as he finished speaking, the surrounding disciples and elders immediately glanced at him in disdain.

That being said, the disciples and elders did not say anything. After all, Qin Changkong was a ge—nius with a fifth—grade Huang ranked Martial Spirit; thus, his status in the clan was no longer the same.

Qin Changkong felt unpleasant after seeing the looks of disgust in the eyes of the crowd. However, the emotion did allow him to calm his thoughts. Qin Nan’s talent had been obvious since he had been born. Even a Martial Emperor was impressed; hence, there was no way he would awaken a second—grade Huang ranked Martial Spirit.

Upon having this thought, Qin Changkong glared in the direction of the altar.

Qin Changkong could not help but let out a curse in his heart.

Meanwhile, the number of white rays emitted from the altar continuously increased.

Qin Nan’s face reddened slightly after being shone upon by the light, before a piercing buzz could be heard from his body.

The crowd held their breath at that moment!

Following a loud bang, a yellow ray was fired from his body all of a sudden. Under the nervous gazes of the crowd, after the ray was emitted, a huge saber engulfed in flames slowly appeared with—in the ray of light.

The elders and disciples were instantly left in shock.

One yellow ray? A first—grade Huang ranked Martial Spirit? The lowest possible rank? How was this possible?

Even Qin Changkong, who had kept on uttering curses in his heart, was utterly astounded. There was no way he would have expected the top genius of Linshui City to only awaken a first—grade Huang ranked Martial Spirit—the worst Martial Spirit possible!

Qin Nan, who was sitting on the altar, slowly opened his eyes and observed the dumbfounded ex—pressions on the faces of the crowd.

Qin Nan mumbled to himself and withdrew the floating Scarlet Flame Saber into his body with a thought. He did not show any despair or loss of hope through his expression. Instead, his eyes flickered with a vague hint of joy, but he soon concealed it.