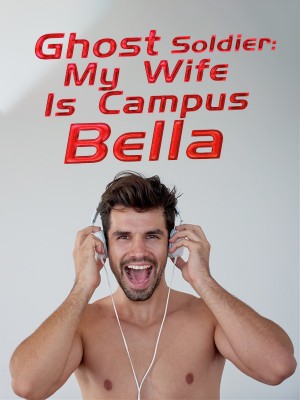 Campus Queen, Be My Girl

There were so many campus belle. They picked up a soldier to be their wife. The first warrior of Huaxia returned to the capital and became the most outstanding student in the Cercis Middle School! Let's wait and see how the military king will play in the city!

As a taxi driver who had just started his career, Luo Feng never expected that he would be robbed on his first night shift.

"Beauty, think twice!" Luo Feng held the steering wheel and felt cold in his neck. There were no other vehicles in the street under the dim street lights in the middle of the night. Luo Feng glanced at the woman sitting next to him. She had a oval face, a pair of arched eyebrows, a pair of almond-shaped eyes, a red lips, and a jade-like skin. She was as beautiful as a flower.

However, it was a thorny rose.

In her hand was a small knife that was used to cut fruit.

"It's not professional to rob with this knife." Luo Feng couldn't help but mumble. The woman beside him immediately raised her eyebrows and snorted, "Cut the crap. Hurry up and go in the direction of Zhong Liuchi!"

As soon as Luo Feng stepped on the gas pedal, the car rushed away—

After a long silence in the car, Luo Feng couldn't help suggesting, "Beauty, if it's robbery, I don't have much money, just take it—if." Luo Feng was a little embarrassed and paused. "If it's robbery, I won't resist it. There's no need to go to Zhong LuAbang's place so easily."

The woman's eyes were full of anger. She glared at Luo Feng and said, "Drive!"

The car sped on the road. Luo Feng kept glancing at the beauty beside him from the corner of his eye. From her chest, Luo Feng could feel that she seemed to be very anxious. "Beauty, you are not professional in robbery." Luo Feng was unwilling to be alone. He said, "Just now you should tell me loudly, 'If you don't drive fast, I will leave two scars on your face!' Look, how imposing it is." Luo Feng shook his head and sighed, "It seems that you have done it for the first time. It's strange."

She frowned and stared at Luo Feng, who was driving next to her. She didn't expect that she would encounter such a weirdo when it was her first time "robbing". Who would talk so calmly in front of robbers? What a bitch!

"Hey, beauty." Luo Feng's voice came to his ears again. "You don't rob me of money or lust. Did you rob me just to let me send you to the pool?" After saying that, Luo Feng saw that the beauty's face turned red from the corner of his eye, and his heart immediately twitched violently.

There was a moment of silence inside the car.

"Is there anything urgent?" Luo Feng asked tentatively. Seeing Liu Mei keep silent, Luo Feng immediately shook his head with a smile. "Put the knife back and sit down. It's really hard for me to speed up with you in such a position!"

"It's really unprofessional." Luo Feng said without changing his expression, "If I want to leave, I can just stop the car."

Liu Mei was shocked, and he was about to continue to put the knife on the frame—

"Don't move!" Luo Feng shouted. "As the saying goes, helping a beauty is the foundation of happiness! Sit firmly."

Liu Mei was stunned, and his eyes fell on Luo Feng. This young driver gave her a feeling that he was very different from ordinary people. Although he was hit by the knife when he got on the car, it seemed that from the beginning to the end, he was in charge of the situation in the car. Instead of taking the initiative, he, as a "robber", did not take the initiative.

The car rushed out like a bolt of lightning.

At a speed beyond Liu Mei's imagination, the whole car let out a low rumbling sound, as if it was going to surpass its burden soon.

Liu Mei's face instantly turned pale, and she clutched the seat belt on her body tightly. Although she was scared, she did not slow Luo Feng down, because she was more eager to get to the destination quickly. Thinking of the phone call she had received half an hour ago, Liu Mei's eyes were full of anxiousness.

"Beauty—" At such a high speed, Luo Feng even spoke softly with a side face. "How should I address you?"

"Ah—" Liu Mei subconsciously exclaimed, with his eyes wide open. There was already a sudden turn in front of him. "Be careful!" As soon as he finished speaking, Luo Feng raised his eyes. At this time, a smile suddenly appeared on his face—

He felt extremely confident and yearning at the same time!

At this moment, Luo Feng's hand quickly controlled the car. Under the dazzling light of his eyebrows, the car actually whizzed directly. It drifted directly to the ground and drifted forward! During the whole process, the car's speed did not slow down—this was a turning of nearly 90 degrees!

Liu Mei was still in a state of shock. He looked at Luo Feng. A young taxi driver could actually make such an amazing drift! It was simply incredible.

"Beauty, how should I address you?" At this time, Luo Feng seemed to have just done something insignificant. He was more concerned about the question before he drifted away.

"Liu Mei." Liu Mei said directly. She didn't want this guy to be distracted for this problem. It was undeniable that his driving skills were really beyond Liu Mei's imagination. But Liu Mei really didn't want to take the risk anymore. At the moment of drifting, she felt that her heart almost jumped out.

"A green willow strip with a raised eyebrow. What a good name!" Luo Feng praised and suddenly turned his face. "What's that surname?"

Luo Feng realized what kind of question he had asked and immediately shut up. After a moment, he turned his head again. "Miss Liu Mei, how old are you?"

"Can you drive more carefully?" Liu Feng finally couldn't help but burst out. His phoenix eyes widened, and he had a strong impulse to pull out the knife again.

The car galloped away at a lightning speed!

One hour's journey, Luo Feng arrived in half an hour. Of course, it could be imagined how many tickets Luo Feng would receive tomorrow.

"Here we are." Luo Feng didn't care, but said to Liu Mei with a smile.

Liu Mei quickly untied the seat belt, opened the door and got off the car. After a few quick steps, he stopped and turned back. He walked to Luo Feng's window and said, "I'm in Class Seven, high school in Cercis Middle School. I've caused you harm tonight. You come to my school tomorrow, and I'll compensate you! - Thank you." Liu Mei thanked him, then turned around and looked at this area in a hurry, and his figure quickly disappeared in the dark night.

" Class No. 7 of high school—it's just a high school student." "Why did a high school girl come to the gathering place of this factory in the middle of the night?"

Luo Feng glanced outside and found that there were various factories in this area, which was very chaotic. At this moment, in the middle of the night, there were sounds of wine chopping from the roadside from time to time in the distance. Under the dim street lights, piles of rubbish were scattered everywhere—

This was a place with mixed paths of a dragon and a snake.

After thinking for a while, Luo Feng pushed the door open and got off the car. Then he walked forward.

There were a lot of women dressed gorgeously on the roadside, waving to Luo Feng all the way. "Handsome, do you want to eat fast food?"