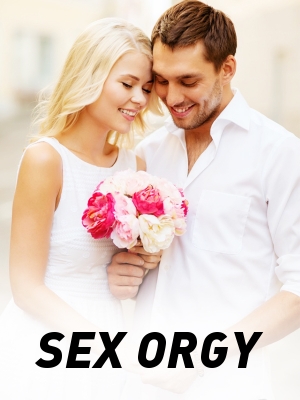 Bloom Garcia Smith, having been a victim and survivor of a planned murder claiming the lives of her parents and half of her siblings, struggles to live everyday of her life in nothing but peace and happiness — something that seemed to be so far out of reach from her. Her plans for a normal life seems to go further down the drain when her little brother gets involved with the most feared Mafia clan in the entire country. On the kill radar of Leonardo Jones Martinez, the brutal Don of the Mafia clan, Bloom's little brother manages to get his sister dragged by the claws of the bloodthirsty Don. Finally able to come to a compromise with the ruthless Don, Bloom agrees to be his slave in exchange for the sparing of her brother's life. The journey begins between these two, but neither of them are ready for the storms heading their way. A storm that only held promises of broken hearts and perhaps, death.

Chatters and laughters resonated round the car as it drove across the city of Spain. From the look on the faces of its inhabitants, one could tell they were clearly one happy family.

"Dad! Sofia devoured my cake!" Aiden cried out as he clenched his fists tightly.

"Come on Aiden, you're no longer a kid, okay? Stop crying" Mrs Robert consoled as she pouted her lips while Junior frowned his face.

"Mum, let him cry, I don't care. Aiden always thinks he can own everything!" Sofia said, scoffing as she rolled her eyes, looking out through the window.

"Sofia, you shouldn't have eaten his cake. You did wrong." Wyatt defended Aiden.

"Oh please wyatt, I know why you're defending him okay. Just 'cause you want him to help you implore dad to buy you a new car." Sofia bit out, looking away with a sly smirk on her face, leaving Wyatt to face all sets of wide eyes gaping at him in disbelief.

"Is that true, wyatt?!" Mr Robert queried, feigning anger while Mrs Robert hit her palm against her forehead, inhaling sharply.

"No, no, no, Dad! I never did so, I swear. Sofia's just lying!" Wyatt exclaimed, trying to defend himself as he shot Sofia a death glare. If looks could kill, Sofia would have definitely been 6ft below the Earth right now.

"You aren't going to say anything, brother?" Aiden questioned Nicholas, who has been mute during the whole argument.

"I'm not interested in your childish arguments," he replied coldly, looking away from the group.

"That's my big boy talking!" Mr Brown exclaimed in a comment, eliciting a playful hit on the shoulder from his wife, who proceeded to roll her eyes at him.

"Wyatt is the oldest. He's 16 and Sofia's 12 but they behave childish and Junior's 7. I'm only 9 yet I know my worth," he said arrogantly with a slight frown on his face, still staring away.

At his insulting comment, the car fell dead silent as they all focused on their father, Mr Robert, who was focused on driving.

"We should have brought along the convoy, Dad. Why did you insist we use a regular car to the birthday party without some sort of protection? Anything could happen to us right now and we have no security to save us." Sofia mused with a displeased frown on her face. She had been feeling awfully uneasy since the start of their journey but had only shrugged off the feeling.

"Try to be optimistic for once, Sofia. Nothing's going to happen, okay?" Mrs Robert asked, in an attempt to calm down her daughter, as she turned to give Sofia a look.

"I'm a simple man with a simple family, Sofia darling. Who's going to try to hurt us? So there's no need to worry, we are safe, okay?" Mr Brown assured.

"Um, Da—" Before Aiden could complete his sentence, two black cars drove speedily past their car and blocked the way. The door opened to reveal five guys, who stepped out and rushed towards Robert's car.

"Lower the windows!" One of them ordered, his voice commanding and booming with authority, causing the once happy family to shiver in fear. They couldn't see the men's faces due to the masks they had on.

Mr Robert gulped and trembled as he slowly pulled the car windows down. Instantly, the five men pulled their triggers and shot at the family before giving their car a push from the back, watching as it rolled off the road and hit a tree. In a hurry, they all scurried away, got into their cars and drove off, leaving behind the gory image of the bloodied family.

"I pray they are still alive." The woman says as she and her husband stood, pacing anxiously outside the ICU room.

"The husband was long dead when I examined him, but I can't say anything about the wife and children." The man explained with a shrug.

His wife sighed deeply as she moved towards the array of waiting chairs, taking a seat as they awaited the doctor, who stepped out a few minutes later to announce the death of the man, his wife, and two sons.

"What about the other two kids, Doc?" The man asked sadly.

"We were able to stabilise them for now but they still have a slim chance of surviving. I'm sorry," the doctor answered bitterly.

"Can someone just fucking tell me what's going on here, huh?!" The man's wife exclaimed with eyes turning glassy at the thought of such huge misfortune befalling such a family with even little kids.

"Wait a minute. I thought this hospital is supposed to be one of the best and most prestigious hospital, yet you idiots couldn't save their lives! We brought in five injured patients and you couldn't even save them?! Fuck this hospital! Honey, I'm out!" She shouted, tears streaming down her face as she picked up her purse and walked out

A week later, the man known as Mr Coventry, alongside his wife, could be seen seated in the doctor's office.

". . . And the most important thing, Mr Coventry. The children lost their memories." The doctor let out.

"What?!" Both husband and wife exclaimed.

"What do you mean, Doc?" Mrs Coventry asked, her heart breaking for the poor kids and their unfortunate fate.

"This is harder than we thought," Mr Coventry muttered lowly, but it was loud enough to be heard by everyone seated in the room.

"We've tried all our best to help them recollect their memories but our efforts have only proven to be abortive."

"So, there's no other way they could recollect their identities?" Mrs Coventry inquired, hoping against hope that there was a way to help the kids.

"Not at all," the doctor shook his head with a grave expression.