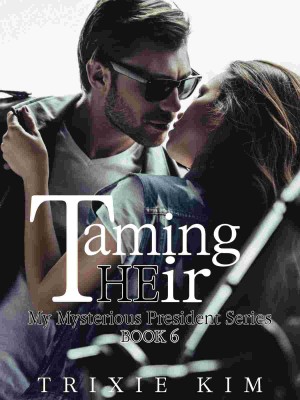 James Dean's life as the grandson of a prominent senator and the only heir to a multi-billion dollar conglomerate, the Deans Developers, was in serious danger. Hence, he had to leave London where he was born and raised. He left his elegant life in the mansion and lived in a villa in his mother’s hometown, Townsend as a simple Business Accounting student at Marysville University. He disguised himself as an ordinary teenager just like the others. No bodyguards! No luxury cars! Alyssa Hansen was one of Lynette Williams and Kevin Jones Hansen's twins and the heiress of a supreme conglomerate, the Hansen Empire. She was chic but with a strong personality. She was the resemblance of her aloof and icy cold twin brother. One night, when these teens broke their household rules and went to Lotus bar, Alyssa accidentally saw James fighting with three drunk men at the back of Lotus. She was amazed by how this mysterious teenager defeated the three intoxicated men. As a reward for his bravery, Alyssa told him that he could ask for anything he wanted. . “That’s what I want. Thanks for the free kiss!” when James suddenly stole a kiss from her before he left. . She thought she would never meet him again after that incident. But fate had really its way to play tricks on individuals for they were bound to be together in many cases. First, the only person who knew James' real identity was Alyssa's cousin. Second, their families had the same mortal enemy. But how could he, the disguised simple guy, melt an icy heart? What would happen if she found out who he really was after being mean to him in many ways? . Flowers? Tossed in the trash bin! Sweet Notes and cards? Crumpled! Humble HELLO greeting? OUT! reply! . Would James continue to pursue her or would he let her go just like what she wanted?

About
Table of Contents
Comments (108)

First, I would like to thank you for giving me ample time to read In Taming the Heir

. This is the 6th book of my series My Mysterious President, the mysterious rollercoaster love story of Alyssa Hansen and James Dean.

The sequence of my books are the following:

~ Flora and the rest of their friends COMPLETED

updates every other day

This is a fiction story created by the author's imagination. Names, places, and events that have similarities in real life are pure coincidence.

This is a non-exclusive signed book which means you can find it on another plat WITH MY NAME ON IT.

The cost of every locked chapter isn't under my control. It's the Novelcat or Foxnovel that decide on these.

Unlocking the chapters allows you to read the whole book but it doesn't give you the right to copy or reproduce this or publish it in another plat, on any social media forms, or youtube, or a different language. Infringement of the author's copyright is strictly implemented and legal action will always be executed.

In the middle of the day...

He held his father's back trying to help him get up but he couldn't move half of his body. His father's leg was oozing with blood, his hand pressed the wound caused by a bullet shot from a distant perimeter. His father's lips were shaking while his teary eyes were fixed to his son who was sobbing in silence while holding him.

"Dad, please! Please, hold on. I've called 911 and they're coming. Please stay with me!" James pleaded.

"Somebody help! Help us! My father was shot!" he then shouted as he lifted his head and glanced around.

But who could hear them?

They were in a narrowed alley where only a few people passed by. The shooter whom they thought was an assassin shot Dave Dean's, James father and chairman to their multi-billion dollar business in London, leg while they're joyfully strolling around.

"Listen to me, James!" Dave softly told his son.

The corner of his lips twitched as he irked in pain. He had been losing a lot of blood. James removed his shirt and wrapped it around his dad's leg tight. It was late autumn. The cold breeze of the wind could cut his skin but James paid no heed. He was frantic with worry.

"Go to Townsend. To your mom's hometown. You are not safe here!" Dave sternly told him while holding his son's hand.

"Dad, I'm not leaving you and mom alone. I will protect you. I'm not going anywhere!" James still insisted.

"James, listen! You can't protect us, yet. Go to Townsend and finish your course. When you're ready, you can always come back to us. When you're stronger, we will face them together. Our enemies are giants, my son. We are ants in their eyes!" Dave hardly spoke that James couldn't almost hear it.

However, as respect, he pretended he understood everything. He was eighteen. His life as the only child of a great family in London was full of bliss and elegance. Aside from that, he was the well-known Senator's grandson. The only grandchild whom he recognized and introduced a lot in the public. His mother was the directress of a prestigious international school in London.

Lived in a mansion under Senator Leonardo Dean's roof, his elegant family was more than a treasure some hunters could ever dig up. For it contained a lot of mysteries that needed to be unlocked by a strong key.

The key discerning how complicated their family was.

Senator Leonardo Dean had two children. Dave and Halley. Halley was married to a business tycoon, Frank Willys but no one in the society knew he was a henpecked husband. The money he funded for his own business was from the Deans which was why he abhorred his father-in-law to the core. Since he couldn't stand on his own feet to feed his family, Senator Dean and Halley used this reason to look down on him. They had two children, a boy that had the same age as James and a girl that was younger than him.

Although they all lived in the same mansion, these three cousins weren't close to each other since they were kids. It was planted in their minds that they would be great enemies someday. The one who instilled this poison into the children's innocent minds was no other than Frank Willys, James Dean's uncle.

"Dad, be strong then. Stay with me and mom!" James told his father giving him some courage not to give up on his life.

Dave just smiled and nodded. He tapped his son's arm while James was staring at him. When they heard the ambulance coming, James screamed at once.

"Help! Over here! Help my father!"

As the ambulance stopped in front of them, four paramedics got off and checked Dave's condition. They carefully placed him on a stretcher and pushed him inside of the ambulance.

"Wear this! You'll catch a cold!" one of the paramedics told him while giving him a jacket.

"Thanks! How's my dad's leg?" he asked while they were inside the emergency van.

His father was listening attentively. He couldn't feel anything below his torso but he could see his leg was spouting blood.

"We can't really determine yet. For now, we have to save your father first. He has lost a lot of blood!" one of the nurses responded.

Dave reminded his son once again as he held his collar.

"Leave before the twilight comes. Do not bring a lot of things. Just your clothes for five days and your cash. James, remember cash, not the card. They can track you if you used your cards!"

"Okay! Okay, dad. I will do everything you told me. For now, I have to call mom first!" James hastily replied.

Before it reached darkness, he was already at Heathrow waiting for his flight. He just brought a backpack and some cash along with him.

While he was sitting on the bench, he recalled how everything happened in a swift of time.

Last night at around eleven...

"James, your cousin Charles just arrived from the US. A hundred percent you will be his target again!" Dave told him at his study room located on the second floor of the mansion.

They were sitting on the couch facing each other. The room was dim due to the two lamps that were mounted on the wall. James was facing the door while Dave was facing back. He clasped his hands as he rested his elbows on his lap while his father leaned on the backrest with his crossed legs.

"Son, do not underestimate him. He is a Willys. He has the same blood as his father. You know what I mean!" Dave advised him after he let out a light chuckle.

The room's door was left ajar when James came in. When he accidentally glanced at the entrance, he caught a glimpse of a shadow leaning on the wall.

"Who's that?!" he sternly asked as he abruptly got up.

Dave also looked over his shoulder with his sharp eyes. They saw how the shadow sprinted in haste when James strode to the door. When he opened it, the person disappeared into the darkness like a ghost.

"Did you see who is it?" Dave asked as he rose from his seat.

"No! But I don't think that's them!" James whispered.

"Alright, go get rest. Just be vigilant. Your uncle has men in this mansion. Even the servants here, we can't trust all of them!" Dave tapped his son's shoulder while the latter just nodded.

After recalling everything, his fists clenched tight. He shut his eyes on the thought that it was his own family who paid for the assassin to shoot his father. However, a part of his brain was also mulling over why he went for the leg and not for the chest if their enemies wanted Dave dead.

"To strike fear in our hearts?! Pathetic!" he muttered in a whisper.

He got up and deeply sighed as he heavily strode to the departure area. He brought with him the promise, he would avenge his father.

For now, he needed to stay away from the limelight. He, James Dean, as the senator's grandson who was born with a silver spoon in his mouth, raised with overwhelming elegance in a mansion, and the only heir to a multi-billion dollar conglomerate had to disguise himself as the simple son of a directress who lived in a villa while studying business accounting in Marysville University.

The only person who knew his identity was the girl he had been pursuing for a long time. That person was no other than Hyacinth Lee from the powerful Lee clans.