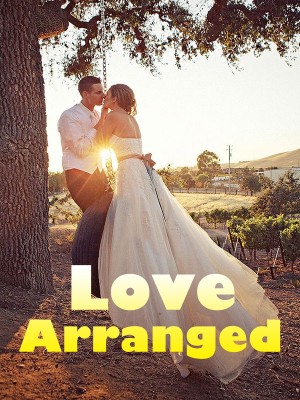 Abby King has lived a simple life for three years after the horrific incident. When her mother passed away, Abby has left no choice but to agree to the terms of the will. And one thing she's not prepared for is to marry the extremely handsome CEO Seb Hughes, who is also a playboy. Seb Hughes is rich, handsome, and has everything in a snap of his fingers. A relationship is the last thing he wants. But with just one look at a mysterious Abby, his cold heart flutters, and he starts fantasizing about her even if he knows that's not right. There's something about Seb Hughes that Abby can't shake away--he's not just a playboy that she should stay away from, and he is also overprotective and obsessive to her. But after what she'd been through, maybe Seb is the right person for her--who can protect, accept, and maybe love her despite her dark past.

As I expected, the party of Trey Hamilton at the lake house is in full swing. Song of Nicki Minaj is blaring from inside. The lawn is full of teenagers playing football despite the empty beer bottles, red cups, and empty soda cans littering all over.

I shouldn’t be here. I mentally berate myself, but Rebecca was so adamant, and I couldn’t just say no. She’s the closest to a sister that I never had. We walk through the crowded dance floor that is already wet and sticky. The smell of boozes, sweat, and cigarettes are wafting in the air.

The mini bar full of drinks, cans of sodas, beer bottles, pink punch, and a bowl chips that could cause you salmonella. Rebecca reminded me not to take any drinks from anyone who offers, so I grab a can of soda instead.

Her boyfriend James arrived earlier than us since he came directly from the game. He approaches us with a huge grin on his face.

“Babe, you made it! Thought you were joking,” James says happily after giving her peck on her lips and a peck on my cheek. “Hey, Mack. Good to see you here and not a boring party your parents you usually threw.”

“I said we were coming, so here we are,” Becca retorts, seemingly annoyed.

“C’mere, Mack. I’d like you to meet someone!” James yells when the new song starts to play. He grabs Rebecca’s hand, and I grab her hand as I follow them.

I shrug when I see them start whispering. Rebecca looks more annoyed, but we keep walking throughout the crowd upstairs to the second floor.

I laugh at his lame excuses.

“Babe, trust me, okay? I’m not gonna just let Mack meet a jock because she’s my friend too.” James winks at me.

“Fine. Whatever!” Rebecca is forced to agree.

“You’ll find out soon,” he answers. My brows meet together.

We stop in front of the group of guys that I recognize most of them as his teammates. He introduces me to them since they knew Rebecca.

“Guys, this is Becca’s friend Mack. Mack, meet my teammates,” James says. Everyone waves and says hi, and I wave back and smile shyly.

I feel out of place when everyone talks about winning their game. I know how the game works, but I’ve never watched them play.

Rebecca is already sitting on James’ lap on the couch while I’m still standing at their back, fidgeting.

I tap Rebecca’s shoulder, excuse myself before I leave. I walk down to the living room where everyone is still dancing, swaying, and jumping like there’s no tomorrow. Everyone looks enjoying the party while I look lost.

“Leaving already?” A husky voice asks from behind that makes me stop to halt.

I turn around, and my eyes land to the broad chest. I move my gaze up to the one and only, a six-foot and two inches Trevor “Trey” Hamilton standing in front of me. His short blond hair is disheveled in a stylish way. He has bright blue eyes that glimmers with high cheekbones, straight nose, full lips curved into a smile, and chiseled jaw.

Jeez. I’m checking him out, and the only reason why I’m here. When Becca told me that Trey is throwing a party, I was beyond excited and told my parents that I’m going to a party.

I clear my throat. “Um, yeah. Just getting some fresh air.” I look away. Lame excuse, I know because I saw him flirting with Lorrie “Bitch” Morgan slash the cheerleader when I was introduced to his teammates earlier.

“Let’s go then, for some fresh air,” he says with excitement in his voice, and my heart flutters.

I look up and meet his gaze. “Shouldn’t you be with Lorrie?”

“She’s a bitch. I don’t like talking to someone while she’s bitching all night telling me about the cheerleading like everyone doesn’t know about already,” he explains while looking at me in the eyes.

We scan the crowd to where fewer guys dancing that leads our way out of the house. I can’t just avoid not to bump into the couples making out in the hallway—horny teenagers. We keep walking for a couple more steps until we get out of the house, and the night is getting cold, and the breeze makes me shiver.

“So, you’re Becca’s friend? I saw you with her at school. You don’t like football, do you? I’ve never seen you with her during the games.”

We follow the stone paths that lead us to the lake. I can still see a few students sitting on the deck.

“Yeah. Becca’s my best friend. I’m not really a fan. It’s hard to watch them as if they’re in a wrestling match. The only differences are running and throwing a football,” I tell him honestly.

“Yeah, too violent for you, so what is your plan for college?”

“I agree. Too violent for you. So what’s your plan for college?” He keeps looking at me, then he drops his gaze to my lips, making me a little bit self-conscious.

“I’m planning on staying here for college. My parents won’t let me attend college away since I’m still not legally an adult.

“Wait. How old are you, Mack?” he quickly asks.

“Seventeen. I know I’m a freak,” I answer as I look at him to see his reaction.

He chuckles. “You’re not a freak Mack. You just excel, and you should be proud of yourself. Not like other girls who are busy putting makeup on their faces.” Wow, Trey is not bad, after all.

I give him a tight smile. “Well, thanks. How about you, any plan for college?”

“Yeah. Got scholarship, and I’m not going anywhere far too.” He smiles, and I want to giggle so badly because he’s cute. No, he’s hot.

“Congratulations! You deserved it.” I tap his arm playfully.

I nod and watch him walk away. I check my phone from the pocket of my jacket I wear over the red dress that Rebecca chose for me.

“Wear the red one, Mack. Red is your color. Boys like a girl in red.”

“Are you sure? I have blue, green, and white. I’m not allowed to date yet, so I don’t care if boys like a girl in red. I just want to see Trey.” I check the dresses on my hands.

“Trust me. Red is great on you. Wear it now, and I still have to fix your hair. Then don’t tell Catie.” Her eyes glimmer.

“Mom will know, trust me. Ask from down to bring us something to drink. Press 3.” I take the red dress and hurry up to change.