Home/ Lucky Lady and Her Cute Triplets Completed
Six years ago I was drugged by my step-sis and lost my purity. But thankfully, I got adorable triplets! 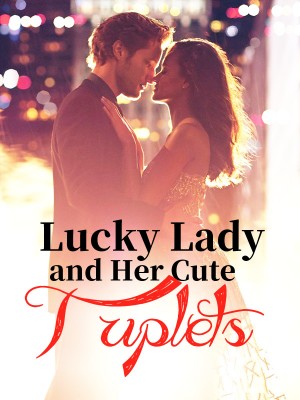 Lucky Lady and Her Cute Triplets

Six years ago, Margaret Mason was set up by Everly Mason and slept with a stranger. After that scandal, Margaret went abroad and gave birth to triplets. There were two boys and a girl. Margaret's eldest son, Alex Mason's IQ was exceptionally high, he was a world-class computer hacker. Her second son, Steven Mason was equally smart and talented in language and drawing, but had narcolepsy. Her daughter was particularly adorable and pretty. Margaret went back with her three children and run into that stranger. It turned out the stranger who had engaged with her sister... Margaret was going to escape from them again, but this time, the stranger would never allow for her escape...

About
Table of Contents
Comments (65)

As the yellow taxi stopped at the entrance of the hotel, a tall and slim young woman came down from the car. She wore big sunglasses and a sun hat, which covered half of her small face as it only revealed her delicate chin and plump red lips.

She leaned on the car door with her red lips slightly curved up into a smile, "We're here, get out of the car."

After she said that, a five-year-old boy with a cold expression got out of the car.

The boy had extremely delicate and cute features, with a fair complexion, dark eyes, and a sulky mouth with a cold look.

Once he got off the car, he instantly attracted the attention of the guests in the hotel lobby.

The woman who got out of the car was already exceptionally beautiful, but they didn't expect her son to be so good-looking too.

As everyone was still amazed, another boy got down from the car.

The boy that was slowly getting down had eyebrows that were even more delicate and picturesque, but his face was a little pale with droopy black eyelashes.

When the boy got out of the car, the woman bent down and carried another cute little girl from the car.

The girl was wearing a white dress with her hair tied in pigtails, and she was pouting her small mouth as if she was angry.

Margaret sighed helplessly as she softly coaxed her daughter, "I've to do something later. You and your brothers can rest in the hotel for a while, and I will be back soon."

The girl hugged Margaret's neck and huffed in displeasure.

Margaret Mason held her daughter in one hand and her two sons in the other. Then, the four of them entered the hotel lobby together.

Everyone had been paying attention to them as soon as they arrived at the door, and now that they could see them up close, they were even more shocked by the beauty of this family.

"It doesn't matter if the mother is pretty, but the children are even more beautiful. You can't even find such cute children in cartoons."

"If I could have a child that looked like this, I would die without regret."

"I'm so envious, there are three children, and each of the children is better looking than the other..."

Margaret turned a blind eye to all the discussions around her and she went straight to the reception to check-in.

In a booth at the lobby, a beautiful woman was holding her mobile phone during a live broadcast when the camera accidentally focused on Margaret's three children.

The live broadcast ratings suddenly skyrocketed, and the screens were full of comments that said, "Oh my God, what a cute child", "They're so beautiful", and "So cute!"

At the same moment, the number of gifts also rose sharply. Luna was very happy to see that and she said to the live broadcast, "Since everyone likes them so much, let's go over and say hello."

She took the phone and walked directly in front of the two boys. Then, she aimed the phone camera towards the boys' faces.

"What are you doing?" Margaret realized what had happened and she immediately pulled the child behind her. She also snatched the phone away and ended the live broadcast.

"Do I agree to let you record my child's face?" Margaret said coldly, "You are infringing on their rights."

Luna Johnson was filled with disdain, but she put on a fake smile, "Oh, sorry, I was..."

She was halfway through her sentence when she suddenly paused after recognizing the beautiful woman in front of her.

Margaret didn't want to be involved with Luna and she left immediately with her children.

After she left, Luna immediately picked up the phone and made a phone call, "Everly, I just saw that b*tch! She's back! She also brought three children... But I didn't see the father of the child..."

Thinking of Margaret's arrogant attitude, Luna sneered, "I don't know who is the father of her illegitimate children... I'll get you her room number right away."

As a famous broadcast star on the internet, she had more than 500,000 fans and a wide influence.

At this time, her Twitter private messages and comments were all about the beautiful child, who appeared on her broadcast for a brief moment.

With a vicious smile on her lips, Luna posted, "I just wanted to take a few pictures of the children's faces, but I didn't expect to be hit by their mother. I know I shouldn't take pictures without asking for permission. I've already apologized but I didn't expect that she was still very angry. She even slapped me and asked me to pay 100,000 dollars in compensation..."