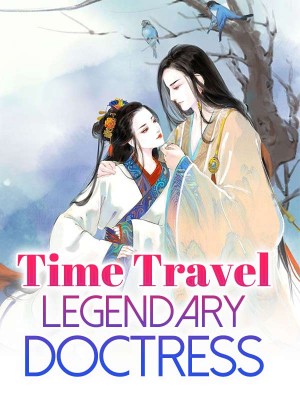 In the century of the Hua nation's highest medical school in the Hua nation, a genius girl, she traveled through time and became the legitimate daughter of the rich playboy of the Jin dynasty, Lu Sifan. Her father didn't love her, her mother didn't love her, and her vicious sister tried her best to frame her. She couldn't be as useless as her original owner when she traveled through time to be reborn! Trap her? I'm sorry, I don't want to kill you! Do you want to beat me? What? Cut off one of your legs and let the scalpel see the blood! Destroy my body? Ha, you're finished! Those who deceive me will be cut into pieces, and those who humiliate me will be killed! However, there will always be some accidents on the road of violence and abuse. Her husband, who is full of satisfaction, is white moonlight. Ah, no, ex-husband, what's wrong with tearing up and Lishu starting to chase her? Xiao Yu said, "Madam, it's time to go home." Lu Siting said, "Who are you?"

The imperial concubine of the divine physician was ruthless.

She felt a burning pain in her neck, making it difficult for her to breathe!

Lu Sixiao opened her eyes with difficulty. It was a completely strange and antique room. In the bronze mirror inlaid with colorful Beis, a ferocious face was twisting the white silk cloth around her neck!

Where was this place?

She was still developing a new drug in the lab just now. Why did she come to the crime scene after a short nap?

The feeling of suffocation became more and more intense. If this continued for less than ten seconds, the lack of brain pressure would inevitably result in a mechanical suffocation!

There was no time to think about it. Enduring the feeling that her neck was going to be torn off, Lu Sixiao hid half of her breath, and then stopped struggling and allowed the young girl behind her to strangle her.

When the maid saw that her pupils were turning white and her body was falling to the ground, she let go of her white silk. The figure behind the screen bowed and smiled. "Congratulations, Princess Qin. She has died. She... she committed suicide!"

A woman in splendid clothes came out from behind the screen with a handkerchief covering her lips and nose. The woman was beautiful and graceful, but she opened her pink lips slightly. There was a hint of viciousness in her soft and moving voice. "Lu Sixiao, if you want to kill you today, blame yourself for overestimating your ability. You want to have something that doesn't belong to you and occupy a position that doesn't belong to you."

"Colorful Moon, hang her up on the beam. Keep crying all the way and spread the news that Countess Jing'an is dead..."

Before she finished her words, the woman's pupils suddenly contracted. "Colorful Moon, be careful!"

Lu Sixiao, who should have been dead, suddenly opened her eyes and turned behind the maid. Before the maid could react, her neck was wrapped by Bai Ling.

Lu Sixiao's palm fell heavily on the back of Caiyue's neck!

The conspiracy drama never lied to her. As expected, the bad guys were killed by too many people.

"You, you are dead, aren't you?" Looking at Caiyue, who was lying straight on the ground, the woman couldn't help trembling. "Lu Sixiao, are you a ghost? You, you, you killed Caiyue?"

As he walked forward step by step, Lu Si smiled with disdain and coldness. He opened his mouth slightly and said, "Now, it's your turn."

When she had just adjusted her breathing and heart rate to hold her breath, a lot of memories that did not belong to her flooded into her mind.

She was a female doctor of medicine who was known as a genius girl in the highest academy in China. She had time-traveled! Her soul had been put on the legitimate daughter of a good-for-nothing and good-for-nothing.

The person who ordered the maidservant to strangle her was called Lu Fangfei, the second legitimate daughter of the Jin dynasty's Lu Xiangguo. She was also his half-sister.

The reason why she wanted her dead was that the original owner had married Lu Fangfei to Xiao Yu, Marquis An.

Seeing her approaching, Lu Fangfei's legs went weak and she fell to the ground with a frightened face. "Lu Sixiao, what... what do you want to do?"

Lu Sixiao's voice was cold, and her whole body exuded a chilling killing intent, as if she had returned from hell.

"Someone died with a grievance, asking for your life!"

Lu Fangfei shook her head desperately. She clearly realized that the person standing in front of her at this moment was not the idiot Lu Sixiao, who was simple-minded and only knew how to make trouble. "No! You are not Lu Sixiao, bitch! Who are you?"

Lu Sixiao sneered and raised her hand to slap him. "You're still so smelly even when you're in this state. You really need a beating."

With all her strength, this slap made Lu Fangfei's face instantly become red and swollen, and there was also blood oozing out. Lu Fangfei covered her face in disbelief and screamed, "You dare to hit me, bitch, I will kill you... ah!"