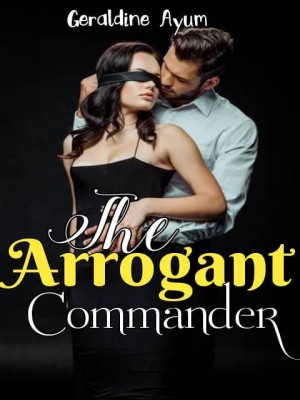 Introduction( BULB) Maya was a beautiful orphan ,who loosed her parents at a tender age. Having no one to look after her and out of hardship, She turns to help herself by getting into prostitute. Not long, she was accused to have assassinated a politician and therefore justice had to take it cause.

Adam Maya a twenty-four-year-old lady was accused to have poisoned a politician named Douglass Mathern leaving him for dead at a drinking lunch. Maya haven lost her parents at a tender age with no one to father or mother her, got into prostitution due to heartbreak ,harship and suffering.she was the classic type, who rendered her services only to tittle men with sweet bank accounts. Her expertise where highly rewarded, as she addressed them with pite names, sugaring them with words of millions, driven them to holys of holys, with shouts of joy and pleasure leaving them with no option to lay by here till the brightness of the moon.

Maya was a young kicking rafinated chocholate damsel with skin of silver, tall, round with twisted neck, a smile of deemples with fine broken teeth .She had a figure eight shape with a flat stomach .Her eyes where brighter than snow ,with tick lips and a pointed noise. Indeed her body was to die for. Her presence alone provoke positive and negative reaction,as she attains to her clients with caution,making them to sometimes double the pay.

At soon set , the following day breaking the night of Douglass died ,Maya was arrested at her house by Anthony Dave a twenty-nine-year-old chief commander of police assigned to handle the case, with a warrant to turn her house up and down insearch of implecating proofs.Maya was handcroft by the chief Commanda to the police station where she was subdued for interrogation.

&quot;Young lady , here is ur file ,I hope you know the reason behind your arrest?&quot; Anthony said. &quot;Yes Sir I do&quot;, she replies&quot;. &quot;what then can you say concerning the accusation levied on you,&quot; Anthony asked? &quot;am innocent of the crime am being charged off, I can't hurt a fly talkless of committing murder&quot; she replies. &quot;Sir is a cooked-up story to put me behind bars, she said&quot;shut up! you murderer, how there you look at me in the eyes and tell me lies, I will deal with you. Anthony said.

&quot;As I speak, there is a weakness who attest to have seen you committing the crime&quot;.

&quot;Ohh am finished as she said crying am innocent officer &quot;. Maya said, &quot;Is true I was at the drinking lodge yesterday where I exchanged with Douglass and his friends but left earlier since I felt my body awkward and only knew he was dead after the arrest this morning&quot;.As Maya went further to explain what had transpired days before.

This incident occurs the night after Maya celebrated her plus one. It was a huge event, as she went offshore to a neighboring town called Limbe with her friends.There were warmly received by the branch manager of semi-beach hotel who organized her a grand occasion, leaving her speechless with immense appreciation as ties of joy ran down her eyes.

Maya said&quot; I thank u guys for this surprise, indeed am grateful. Branch Manager, you got my back, I couldn't expect less coming from you, indeed you are a brother. It then proceeded with eaten, drinking, swimming, and clubing. At the Club, Douglas called the attaintion of everyone as he offered Maya a car key as a token which bends the mindset of Romeo Duck, as he boils up with jealousy since he crushed for Maya and was envious of Douglass. Romeo Duck ended up clashing with Douglas over Maya, leaving the party completely drug, altering threatening words.

Haven heard all these,Commander Dave asked Maya &quot;young lady, what then are you insinuating? are you by chance trying to shift blames on another? Don't forget there is a witness, that will be presented in front of the judge with facts incubating you as the killer&quot;.

Maya,&quot; Mr.Commanda am left with no option than to seek the presence of my lawyer&quot;.Maya's lawyer Amstron Kenny didn't obtain a release for his client despite her health. The chief command did everything within his powers to keep Maya in the cell as long as he could. After three days of tutor and morlace, her lawyer obtain a warrant stating she could go home while waiting for her trial.

Maya was bailed out with a huge amount, causing a lapse in her finance.

Her detention was a painful experience that left her cranky and worn out. Despite her situation, commander Dave believed she was guilty, the reason why he placed a secret agent to monitor her twenty-four-seven to gather facts that could nail her. He seems not to understand how a small girl like Maya could have such gods in taking the life of a political figure. To him, Maya assassinated the politician to appropriate his wealth since she had no source of Maya's income apart from her being a hug, which he will always speat on her face time and number. But little did he know Maya was the owner of MAYAS Clothing Shop, found in several areas with close to Ten employees, as staff working for her.