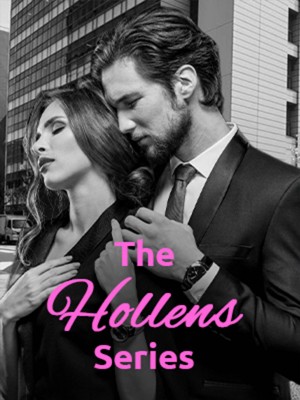 Series 1：When plain Emma Cole went for an interview at a prestigious establishment, she immediately saw how out of her league she was. However, the CEO, Ethan Hollen, hired Emma to be his personal Coffee maker at his mansion. Coffee wasn't the only thing getting stirred up. Emma and Ethan later developed feelings for each other but Ethan's fiancée, Sharon Constantine, had no intentions of becoming a woman scorned. She made plots for her revenge and did everything she could to make Emma's life a living hell, including kidnapping her. And as if that wasn't enough, Ethan lost sight of his love for Emma and that drove a wedge between them. Can love find its way back to the once upon a time happy couple? Series 2：Following in his father's footsteps, Evan Hollen became the new CEO of Hollen Tower at just twenty five. Jasmine Blackman worked at Hollen Tower as Evan's personal assistant and she always had a crush on him. And as if it was a work of fate that pushed

Emma Cole, a nerd in high school and untouched all throughout her life at a community college, was abandoned by her birth parents and grew up in foster care homes all around New York. Whenever her name was mentioned, the people who knew her laughed and called her foul names, since she looked like the female version of Steve Urkel and was easy to pick on and belittle. She had no sense of style. All she wore were big dresses that hid her tiny figure underneath and glasses which didn't do her eyes any justice. She owned one bag— a beat—up leather she received as a gift from a spelling bee contest her freshman year in high school.

Though she went to school, she had no friends, no family, and no one to teach her about becoming a lady. Emma had done everything by herself since she was one year old— the age she was dumped by her parents into the foster system.

At age twenty three, she lived in a very small apartment by herself. She wasn't able to land a high—paying job to afford a good house, as of yet. Every time she applied to a vacant position she may have seen in a newspaper in the cafe, they would turn her down when she went to the interviews and the interviewers took one look at her. Appearance was more than her qualifications if she wanted to land a job as a receptionist or personal assistant at one of the big firms in New York City.

Emma decided to stop hoping for a better job and stuck with being a waitress at Carl's Cafe.

Her hell on earth.

Carl was the manager and owner of the cafe. A grown man, forty—five years old, who had experienced all the things he had chosen to chase in his pathetic life. He was a terrible boss and treated his employees as his personal slaves with low wages. One of his nasty habits was hitting on his female employees while on the job, but he never hit on Emma. Although she was a female, she just wasn't his type and was too unattractive to even be bothered with.

It was Wednesday morning.

Emma had only just clocked—in. She placed her bag in her designated locker and began to take the orders of the customers, who were already in abundance for their morning coffee or pancakes and eggs or any breakfast meals of their choice from the menus provided.

She was about to deliver the orders to the kitchen when a pair of hands grabbed her by the arm. "You have to work a double today. Tisha is sick. I need you to fill in." And he was gone right after his command.

Emma continued to the kitchen to drop off the customers' orders. Since Tisha was sick, she would have to take her place at the cash register and coffee machines. She was about to have another terrible day in hell but, obeying Carl's command, she worked the double shift without complaint.

Emma was drained, but it was finally Saturday, and it was her day off. She decided to visit a library and take several books to the park for a read. It was the beginning of summer, and she needed the fresh air.

She had just stepped out of her narrow bathroom when her cheap phone, which still had raised keys and couldn't connect to WiFi, rang.

"Emma, I need you to come in right now. Be here in less than twenty minutes!"

Before she could object he had hung up. She had really hoped for some free time to herself, and apart from that, she was exhausted, but she had to comply. How would she afford her crap apartment if she was jobless?

She took her precious time getting ready and arrived an hour later than Carl demanded she be there. He was furious with her and yelled at her as soon as she clocked in.

"I told your malnourished ass to be here in less than twenty minutes!"

Indeed Emma Cole appeared very skinny due to all the over—sized clothes she wore. Without even giving him a glance, she went to the customers to take their orders.

When she was making coffee for an angry, beer belly guy at the front of the line, who was yelling at her and calling her names, she lost her temper and threw the entire cup of coffee in his face. He had called her an incapable, handicapped, low—budget paying maid, who wouldn't even get extra if she shook it at a strip club because she looked like the hobbit in Lord of the Rings.

She had never been so humiliated. Yes, she had it rough in high school but it had gotten a little better at college because everyone there seemed much more mature than the bullies at high school. Now, this grown man was yelling at her because his coffee was ten minutes late. It wasn't even her fault. She was supposed to be off today. Had he kept his mouth shut, she wouldn't have splashed the coffee all over his chubby, beard—covered face.

Carl appeared just as the man was about to throw a table back at Emma. "Hey hey hey, what's going on here?"

"That incompetent waitress of yours just threw a damn cup of hot coffee in my face, man!"

"Sir, please calm down and put the table down. I'll handle this." Carl instructed. "Emma! You're fired!"

"What, you don't even want to hear what I have to say? He embarrassed me and..."

Carl cut her off. "Get your things and get out. I can't have you throwing coffee in people's faces and still have you working here. GET OUT, EMMA!!"

Emma threw her apron to the ground, took her bag out of the locker and walked out. "I hated it here anyway." She said as she passed Carl and the impatient customers on the way out.