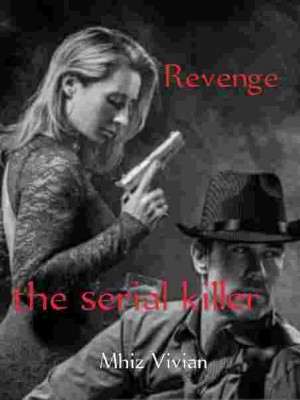 &quot; STRIP &quot; these were the only words Jassmine heard every night from the heartless monster who held her captive These were her parents sins ,not hers .why would she pay for their sins Covered in blood ,he would come into her room every night and satisfy his sexual desire with her Who is he ? He's a SERIAL KILLER ,out to revenge the death of his parents His name is TERROR

"Waking up to horror "

That early morning seems to be a nice one for his family,his little boy ,just six years old had woken up a cheerful and joyful child

" Let's all have breakfast first sweety ,you don't want to see your crush on an empty stomach,now do you ?"his mother's voice came next

Over the sky ,,a little helicopter flew around the house or Mr Kelvin, this was so tiny , hardly could it be seen

As it kept on roaming all about,it had gas leaking from it ,not only that ,,the gas were intentionally being sprayed around the mansion

You would lost count of how many guards,maids , gardeners, were in that house

It isn't just any house ,not just any random house ,but an estate, or rather a mansion

" Ready sir "up in the sky inside the helicopter,a deep cold voice could be heard

And just immediately,Mr Kelvin phone buzzed ,and a message appeared on the screen

" My apologies Kelvin ,it had to be done "

Like eyes were watching them , immediately Kelvin had read this message, screams were heard outside,,loud screams

And instantly someone waiting outside the building suddenly ran locking up the gate with a very hard heavy chain ,which might take hours rather days to be broken

As he did this ,he ran away immediately for his dear life , leaving so many guards struggling to open the door

They kept on hitting it ,, battling with it but yet achieved nothing

Who knew death would come so easily

Suddenly gunshot were heard from far ,,,not even closer to the mansion

" Danger , there's danger outside" she kept on screaming immensely

Even as everything kept burning,it didn't stop more gas from pouring down

And it only increased the fire

Like a lion Mr Kelvin ran inside ,to check on his wife and son ,but met his little boy close to his mother

She held him tight and made sure to cover his eyes

" It's a disaster outside, hurry,we have to find a way to get out of here "Mr Kelvin said to his wife

" What could be happening,who is doing this to us ,honey we have no enemies"

" No time for questions right now ,,let's just leave "he replied her

He only nodded back ,unable to fully understand anything going on at that moment

Soon ,the fire increased,,making sure to burn down the curtain, everything inside the house weren't left out

As they tried running, it was only getting closer to them .Mr Kelvin in a hurry to save his wife and son closed his eyes in anger for a big

" Run ,look for exit and run ,save Anthony pls "

" Honey no ,please don't do this honey ,let's all go together ,why about Anthony"his wife shouted with tears

Anthony gave his dad a fearful look ,,his tightened his hands with his mother's

Even at this moment the fire kept on increasing and in no time ,it finally got to them

" RUN"Mr Kelvin shouted pushing his wife and son away ,she turned around only to see her husband had disappeared

Holding Anthony,she ran for her dear life ,even as the fire burnt her,she had to cover her son properly

A dead end ,they got to a dead end ,a window which they had to climb to get out

The house burnt more and more , destroying the house

Only one of them would be able to escape,

" Anthony baby ,come on ,mom's gonna carry you ,make sure to jump out and run ,run and don't look back ,even if you don't see mom ,run ,,I'll join you soon but just make sure you run out of here first "

Saying this ,she lifted her son up and got into the room which the fire had almost destroyed

Her feet kept on burning,but still she had to endure

Her skin were burning,but still she still had to endure ,all for Anthony

As she got to the window,she lifted Anthony up till he's able to reach the window . finally he got out

" Mom "Anthony screamed as he landed at the other side

" I said to run baby ,run " she shouted back which made him flinch in fear

Coming back to his senses ,he took to his heels running, without looking back ,he ran for his dear life crying

His feet were sore, his legs hurting,his eyes heavy ,his body weak

Anthony dragged himself,till finally he fell and passed out ..