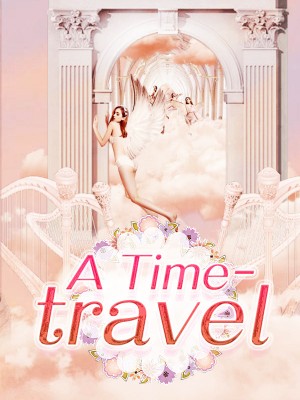 In his previous life, Mo Xiaoyan had been shunned by her colleagues, so she didn't work well. After waking up, he found that he had also caught up with the unexpected flow of time. His family was ruined, and he was so poor that he only had people left. He rolled up his sleeves and became rich. When he met someone who had a black stomach, he went from being a happy enemy to someone he loved his entire life. In the end, he found someone he could trust his entire life to …

Mo Xiao Yan was an intern who had just graduated from university. Although he was rather obedient and honest in his own company, he was always pushed aside by his old colleagues from the company. He had to do a lot of work every day. Originally, he had been on duty for eight hours, but after helping his colleagues, he often had to work for more than ten hours.

Due to their own honest duties, some people even bullied them even more. Mo Xiao Yan, who had been in class for a few months, was in a bad mood. Coincidentally, today was the weekend. After breakfast, he went shopping with his good friend and bought a lot of things.

However, there was still one more close friend that she had grown up with, Ye Shan. Mo Xiao Yan picked up the phone and called Ye Shan's cell phone.

"Hey, Xiao Yan, why did you think of calling me today?"

"Zishan, where are you? I'm not working this weekend, so I'd like to ask you out for a swim. " Mo Xiao Yan said.

"I'm really sorry, Xiao Yan. I came to my aunt's house yesterday, and I will only be back tomorrow afternoon. Why don't we go again tomorrow?"

Mo Xiao Yan took a sip of water and said: "It's fine, I'll go by myself this afternoon. When you're home next time, we'll meet again for the weekend, okay?"

Ye Shan laughed and said, "Of course. You go get a handsome guy today, haha, we'll meet next weekend when I come back."

After making the call, Mo Xiao Yan went to take a cold shower, changed into a set of clean and fresh clothes, and prepared to head out for a swim.

But this weekend, the sun was too high and there were not many people swimming. After paying the bill, Mo Xiao Yan changed into a swimsuit and went into the water. Mo Xiao Yan started to dive and play. After a while, he felt his leg cramping, he could not move his entire body, and just as he was about to shout for help, he fainted.

After waking up, he found that there were several people surrounding the bed, all looking at him. Where am I? Why don't I know any of these people? Are you filming TV? From the looks of it, that costume was at most a group performance. But something was still wrong? This room is way too crappy, isn't it? What's going on? I remember if it was swimming, but my leg was cramping. Why is it in such a strange place now?

Mo Xiao Yan did not speak, he muttered to himself, I don't think I know them? Then he looked at his clothes and his hands. Oh my god! They were clearly wearing ancient clothes, and their hands seemed to be that of a child's. No way! Did I catch up with the trend? Transmigration?

However, from the looks of it, this place seemed to be a rural area and it seemed rather poor. However, there was no other way. Since they had come here, it was all heaven's will. Pity I haven't talked about the person in modern times, so I couldn't wait to graduate and find a good job, but I didn't even have the time to do it before I crossed over!