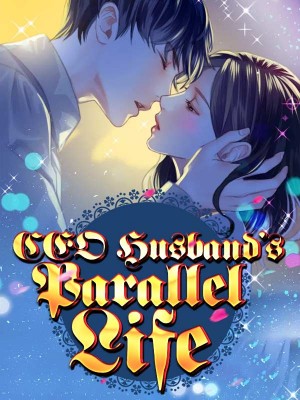 Jane thought that she had married an ordinary man, but who would have thought that this man would transform into the CEO of her company. Not only that, he was also the most mysterious successor to the richest empire in Asia. In front of others, he was the decisive, cold-blooded leader of the business empire. Behind her, he was a wolf in sheep's clothing, gnawing her to the bone.

About
Table of Contents
Comments (76)

Several hours had already passed, and Jian Ran's ears were still ringing with the words of his newlywed husband when he passed her a bank card before they left the room in the morning.

To be honest, she knew very little about the man who was her husband.

Other than him personally telling her that his surname was Qin, she didn't know anything else about him. She didn't even know much about his family.

Jian Ran didn't know where she got the guts to marry a man she had only met twice before.

Ten days ago, with the warm help of his best friend Ling Fei Yu, Jian Ran stepped onto the road of matchmaking the first time, and met this man called Qin Yue.

She didn't have any hopes of getting revenge. After all, after being framed three years ago, she didn't have the qualification to be picky. She could only be picky with others.

Because she couldn't be picky about others, she was fifteen minutes early on the day of the blind date.

If they couldn't gain an advantage in terms of their own conditions, they could only perform better in other areas, hoping to leave a good impression on the other party.

Marry yourself if you can meet the right man, and you can put your parents at ease.

The man she was going to meet was neither too early nor too late.

The man dressed in the formal attire made others feel that he attached great importance to this blind date, making Jian Ran feel that his first impression of him was not bad.

The way he greeted was also very normal. "Miss Jane, hello! I am Qin Yue. "

It was a very normal sentence, but because his voice was extremely magnetic, it made Jian Ran feel that it was unusually nice to hear.

After a simple and ordinary conversation, the two politely left their phone numbers before leaving.

With the number of blind dates, Jian Ran did not think much of this one either.

She thought that this blind date would end up the same as many times before, but unexpectedly, she received a call from Qin Yue two days later.

His voice was still polite and respectful, "Miss Jane, are you free tonight?"

That night, Qin Yue invited her to a Sichuan cuisine restaurant for dinner.

Jian Ran didn't really like such an awkward situation like matchmaking, so she spoke very little during the banquet.

Originally, I wanted to find an excuse to leave first. After some hesitation, Qin Yue spoke up first: "Miss Jane, I have time next Wednesday, so how about we go get the marriage certificate?"

"What, what kind of certificate?" Jian Ran was shocked by Qin Yue's words.

"The marriage certificate." he repeated, in a tone so serious that it didn't sound like a joke at all.

"A marriage certificate?" Jian Ran still could not believe what she had heard. She placed her hand on his thigh and pinched it hard, confirming that she was not dreaming. Only then did she seriously size up the man in front of him.

Qin Yue had a pair of thick, sword—like eyebrows, bright and spirited eyes, and even more so, the shape of her face was as beautiful as if it were carved. He was one of those that could be found in the crowd of tens of thousands of people.

This was the second time they had met and he had said that he wanted to marry her?

Then, the man's low and magnetic voice reached her ears, "I thought Miss Jane was the same as me. The purpose of dating is to form a family, marry and have children, and lead a 'normal' life."

"That's right, I think so, but it's only the second time we've met, don't you think that's too fast?" Jian Ran had told her own thoughts. She had wanted to have her own family, but she had never thought that they would be so hasty.

"It is indeed rather fast." Qin Yue's expression remained calm as he continued, "After our first meeting, I went back to consider for two days. The first feeling Miss Jane gave me was not bad. I personally felt that the two of us didn't have any conflict in personality, so I wanted to give it a try. "

Jian Ran slightly frowned, and was a little displeased: "Marriage is not a child's play in my opinion. Try it? "If you don't try well, do you want to …"

Without waiting for her to finish speaking, Qin Yue interrupted her: "Miss Jane, we are all adults, so naturally we would not expect a love that doesn't exist. We clearly know what we want in our hearts."

Jian Ran did not reply, she stared straight at Qin Yue's face.

From the surface, this man seemed calm and unassuming, as if he was a good match for marriage.

However, could she really place the rest of her life in the hands of this man she had only met twice?

Is it really possible?

Seeing her hesitation, Qin Yue continued: "Perhaps I was too anxious, and did not consider your feelings. If Miss Jane thinks that I am still okay, you can go back and think about it.

After returning home that day, Jian Ran had been thinking about this the entire night.

She had to admit that she shared the same view as Qin Yue regarding certain points of view, such as the impossible love.

After being so deeply hurt, she could no longer believe that there was love in the world.

The next morning, Jian Ran dialed Qin Yue's number and agreed to his proposal.

That morning, Jian Ran took the household book and in the afternoon, they went to the Marriage Registration Office to register with each other.

When she and Qin Yue walked out of the Civil Affairs Bureau with their marriage certificate, she had a kind of indescribable feeling in her heart.

It was said that marriage was a woman's second life, and now it seemed that it was not as simple as it seemed. The nine pieces of Nine Collars Certificate had carved a special imprint that belonged to Qin Yue in her life.

Last night, Qin Yue had also acted very well, and took the initiative to leave the master bedroom for her to rest, while he rested in the other bedroom.

Jian Ran never thought that Qin Yue would actually give his bank card to her before he left for work today.

She still didn't understand him, so how could he be so confident about handing over all his possessions to her?

"Jian Ran, all the reporters from the major media are waiting inside. The people from the board of directors and the New CEO are about to arrive, what are you staring at now? "

The manager of the Public Relations Department, Xu You Ai's stern voice interrupted Jian Ran's train of thought, causing her to retract his train of thoughts. He spoke with a serious attitude: "Manager Xu, I'm sorry, I will pay attention."

Xu You Ai looked at Jian Ran, and spoke sternly: "Jian Ran, although you are a member of the Operations Department staff, but since your manager has sent you here to assist our Public Relations Department, you better stay alert and not drag me down."

Jian Ran pursed her lips and nodded: "Manager Xu, I was distracted just now, I would never let this happen again."

Xu You Ai looked at Jian Ran again before turning her gaze away. She then clapped her hands and called the staff who were in charge of receiving the guests to come over.

"Everyone, keep your spirits up. We must have a beautiful press conference today. We can't afford even the slightest mistake." As Xu You Ai spoke, he looked at every single staff member seriously.