Home/ Reborn with powerful system Ongoing
I was reborn to make revenge on the people who killed me, but the guy in this new life stopped me. 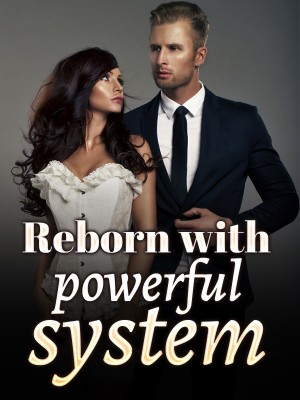 When Edris was given the second chance to live, she chose to revenge. In her past life, she was framed and murdered by her husband and sister. They cooperated to make her die miserably. Now she was sent back to the time when she was 18 years old, which was the starting point of her misery. Everyone was the same, except for Edris and a new guy she had never met in her past life, Zelig. And Edris could foresee everything because of the robot in the system. When she met Zelig, the robot warned, "This was the trigger..." What's the real identity of Zelig? A friend or an enemy?

In a well-equipped laboratory dazzlingly filled with unknown devices.

Edris Flaten, who was suffered from an incurable mental disorder, was seeking a way to get rid of the pain here.

She was standing before an elderly man, politely she asked, "Doctor, are there any other ways?"

"No," Dr. Pryce Bruton sipped his cup of tea and said, "If there are any other ways, no one would ever pay such a high price just to get into the system I developed."

"But, can this work?" Edris asked, still hesitating."Can this rare mental illness of me be healed?"

Next moment, Edris was lying on a reclining chair waiting for her hypnotherapy.

"Stay calm!" he said, "Take a look at your own life in the system!"

It was a dark and gusty night.

A woman was shuddering before a glinting, sharp blade.

Before her were some furious-looking men holding weapons and blades. The tip of a blade almost touched her when she yelled, "Stop! Stay away from me!"

"No one's coming to help you! Stop shouting!" one of the men said while eying her up and down. "Killing this lassie is just an act too wasteful," the bandit thought to himself. It's a shame that the master would not let him and his gang devour her before finishing their work.

A thought suddenly struck her mind. Today was the day her husband being elected to the position of Chairman of the conglomerate. Today was as well their wedding anniversary. She lost consciousness after drinking a cup of coffee prepared by her husband's secretary. And now, she's here, surrounded by bandits pointing their knifes at her.

"I have nothing to say by this point," she confessed, "my only wish is to know who, WHO hired you to kill me!"

"We are merely humble servants. We would never reveal our master," the bandit said, "but I can tell you, there's no chance anyone will ever discover your remains, not after we lay them under the lake." Killing was nothing but a trivial chore to them.

"There's no harm to tell her if she really wants to know. She will be dying after all, doesn't she?" a man lightly walked into the room while saying.

He looked charming with his all black suite. But the woman was certainly not impressed by his presence. She personally designed the suite for him, for him to outshine the others in the chair election. She definitely did not expect to see him wearing it under this circumstance.

Sherborn Plouff strolled to her side, coldly glancing her as if she was an entire stranger. Is this the man she had loved all her life? How could he do this to her?

"You must be surprised," he said, "these men are all prepared only for you. They are here to take your life." His words clouted round her head.

She never expected the man she loved most, now wants to take her very own life. "Tell me why," she laughed while saying, "why do you want to kill me?! "

"Can't you see? I am now the Chairman. Eldest brother is now in jail and second brother has left the conglomerate. There's no one to stop me now. I can get whatever I want," he looked at the woman and said, "you knew too much." He was smiling, as if he was just joking.

"Ungrateful bastard! He's entirely devoid of gratitude," she thought. "I am merely a tool in his grandeur plan, worthless in his eyes. Now, this man, this man whom she loved so deeply, is trying to perform a murder on her. "

"Sherborn, there's nothing I haven't done for you," she said. "Your father would never believe in you without my help. He would never have his eyes on you but not for me. Without my help, your brother would never leak the corp's information. I did so much for you, and this is what I got!" she could not help but laugh. She wanted to kill him, so much, but she couldn't. Her hands were strapped and her movement was restricted. She couldn't move, not a single bit.

"Yes, you do did a lot for me. A little too much. I never loved you. After all, you're just a bastard, a unrecognized daughter of the family. I married you solely to secure the position of Chairman," Sherborn uttered coldly. "And for your notice, you'll soon be replaced by our sister-in-law."

Our sister-in-law? My elder sister? The one who taught her the meaning of love, the only one who smiles at her in the Flaten Family. Why? What's going on...

"When?! When did it started?" she asked. She was too helpless to do anything. Her very own sister betrayed her!

"From the very beginning," a sweet, lovely voice rolled out from behind. "You're my father's daughter as well. How can I not witness the death of my own sister? Although she's just a trivial BASTARD." A woman gracefully walked into the room. So refined and elegant, her presence was simply blessed by Ahprodite. No man would ever reject her grace and beauty.

BASTARD. Her sister was exceptionally clear when spitting this word. Yes, she is indeed a bastard. That's why she worked so hard to climb the hierarchy stairs, that's why she did so much to help Sherborn. She thought life will be nothing but a bed of roses after their marriage. What a joke!

"Sonja Flaten. I always thought we are REAL sisters. I never thought that you'd stab my back. So me and our marriage, everything was just a plot," she could do nothing but laugh. "Don't your remember your husband, now behind the bars? How could you do this to him? Sherborn and Sonja, you're both scum! "

"Dear sister, you see, I was the mind behind's Daryn Plouff's arrest. These are merely my plans. My only goal is to become the Mrs. Chairman and you ARE the Mrs. Chairman. Don't you see, that's why you have to die. Not a single person will mourn for your death."

Not a single person will mourn for my death. Hahahaha! There's no one to blame, I reap what I sow. But, if I could be reborn for a second life, I swear, I would rip them off with my own hands.

"Sherborn Plouff, you entire life would have nothing but havoc. I curse you with my dying breath!"

Sherborn simply reacted with a smile.

She's nothing but a loser now. The things that he has ever held dear to were power and glory. He would never allow a bastard to become his lawful wife. He would be a laughingstock if he let that happened.

She has to die.

With a glint of light, blood slashed out from her throat. The moonlight glimmered on the bridge, deep down the lake, her life faded with regret.

Edris shuddered in fear while waking up from the hypnosis.

"You will reincarnate into this woman after entering the system. Reborn and live once again," she heard Dr. Bruton saying. "So, are you willing to enter the system again?"

"Yes! I would love to make her curse comes true. I will kill that man with my own hands. Please Dr.! I'll go for it!"