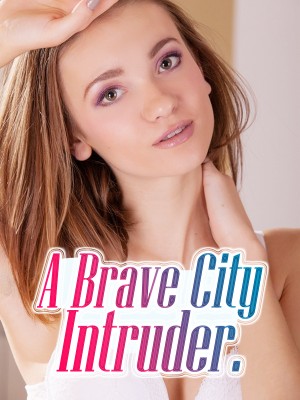 Ye Chen, who had been a Heavenly Son of his generation, had been regarded as a sinner by his family on his ten-year-old birthday. He had then been removed from his status and had been abandoned by his biological father in the wilderness. He had been allowed to live and die on his own! Eight years later, the Heaven's pride of a generation returned and rose to power. One of them destroyed all the people in the world, and the other destroyed the affairs of the world! "Invincible and highly respected, Smiling City, is all in a book!"

About
Table of Contents
Comments (97)

In Chuan Province, outside the outskirts of Lu City, a young man in rags was walking slowly with a worn-out one-shoulder bag on his back.

His steps were steady and his rhythm was orderly. Although he had a dirty face and looked a little embarrassed, it was difficult to hide the soaring divine light in his eyes.

The young man was tall and slender, like a spear that was about to pierce through the sky. He moved forward in an overbearing manner.

Looking at the vaguely visible high-rise buildings in the distance, he murmured with his dim eyes.

"The words that I, Ye Chen, once said, and the vow I've made, have finally been fulfilled!"

He clenched his fists and remembered the days before he was ten years old, which should be his happiest time. He also thought since childhood that he would strive for that family and that family to become stronger and step into the peak.

He believed that one day in the future, he would bring glory to that family, and let the powerful family go up to the next level and become the real first family in China.

But everything he had been looking forward to was ruthlessly torn apart eight years ago at that night when thunder and lightning came into contact with each other.

The rest of the aristocratic families relied almost on business, politics, military, and so on. But the Ye family was different. They were not only rich in talents in various fields, but also in the Ye family itself. It was a very special existence—the Martial Arts family.

The Ye Family had practiced martial arts for generations, and it was not an ordinary outer-body punching skill. It was a real internal martial arts, and it mainly focused on internal strength.

In each generation of the Ye Family, there were at least three or four people who were born with the Martial Vein and had the talent to cultivate martial arts. In addition, there were talents from all walks of life in the Shang political army, so the Ye Family had been powerful for generations and had great prestige.

Ye Chen had been extremely talented since he was a child. He had defeated all his peers regardless of who he was and possessed the martial way. When he was four years old, he was personally taught by his father Ye Yunlong and became an internal cultivator.

His talent in martial arts was considered first-class in the history of the Ye Family. Although his brother Ye Xing was excellent, he was still a distance away from him.

However, on Ye Chen's ten-year-old birthday, he happily ran to his grandfather Ye Shan and asked for a gift. Ye Shan, who had always doted on him, showed an unprecedented cold expression.

Ye Chen was even more stunned by Ye Shan's next words. He was completely at a loss.

"Ye Xing alone is enough for the third generation of the Ye Family!"

Ye Shan looked at Ye Chen with a cold face as if he was looking at a virus and a scourge.

Ye Chen was confused. He did not know what kind of mistake he had committed. Since when had he caused chaos in the Ye family?

But everything happened so fast that he had no chance to defend himself. His father, Ye Yunlong, who had been taking good care of him and carefully teaching him, cruelly attacked him and smashed his Martial Meridian.

After that, regardless of the grief in Ye Chen's mother's eyes, Ye Yunlong brought the useless Ye Chen to a wild woods in the suburbs of the capital. He let his mother fend for himself and did not ask any further questions.

Once a martial artist lost the Martial Meridian, he would lose all his cultivation as if his Dantian had been destroyed. He would never be able to practice martial arts for his whole life. This was definitely a devastating blow to a martial artist.

He was puzzled and angry. Why did his grandfather love him so much that he regarded him as a sinner of his family? Why would his father, who had always taken good care of him, kill him and exiled him?

Until now, he still remembered that Ye Yunlong had left him in the deep mountains and forests. He had not forgotten the cold and resolute expression on his face, and he had not even forgotten a little of the details of his life.

If someone else were to suffer such a cruel blow, he might have given up his life and passed away.

However, at that night eight years ago, one person endured the piercing pain and leaned against a big tree, making a vow that he would never bow his head to Ye Yunlong, who had turned around and left.

"Ye Yunlong, what I've learned, and even my skin, is all because of you. You destroyed my Martial Meridian. I don't hate you, but I'm done for what you did to me!"

"In the future, I will definitely make the Ye Family look up to me. I will make all of you regret everything you have done for me today!"

After he said that, he threw a punch on the tree. The back of his hand was badly ground with blood dripping on the ground. It was shocking, but he didn't feel any pain. Only a little flame was dancing in his eyes.

Ye Yunlong heard his words and only paused slightly. He did not turn around but continued to leave indifferently. Perhaps, Ye Yunlong believed that Ye Chen would not be able to survive under such circumstances.

At that time, Ye Chen's words were a joke to Ye Yunlong.

However, whether it was Ye Shan or Ye Yunlong, they might not have expected that the ten-year-old child who was exiled into the deep mountains by them and forced to die did not die.

And now, he had gone through countless life and death cycles. He had been reborn and had returned to the king's home.

Ye Chen's lips curled into a cold smile as he recalled Ye Shan and Ye Yunlong's cold and ruthless faces.

"Ye Shan, Ye Yunlong, the Ye Family, when I stand in front of you again, your expressions will be very interesting, won't they?"

As soon as he clenched his fists, the crackling sound of his joints spread out. He suppressed those things in his heart for the time being.

Ye Chen's eyes were as bright as stars. With a light tap of his back foot, he had already disappeared.