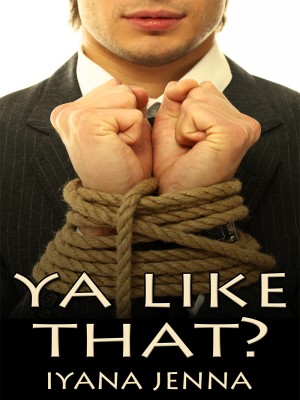 Evan Foster is left with nothing after his father screwed up their family company. Evan's father ended up in jail, his mother in a mental institution, and they lost all their possession to the bank. Evan dropped out of college and he still has to pay for his mother's treatment. He has a job at a diner but it isn’t nearly enough.<br><br>Brian Donaghue is a millionaire with a multinational company but isn’t lucky in love. When he sees the picture Evan sends in with a resume, he’s immediately interested. But the way he ropes Evan into his company is far from conventional. Brian makes Evan an offer he can’t refuse.<br><br>Or can he?

Evan’s heart skipped a beat. His hand, clutching a pen, halted and hovered over the small want ad in the newspaper. He’d been circling several that looked and sounded not too complicated. He wasn’t a bum and he had spent almost two years at college. But right now he needed money quickly, and not many companies hired high school graduates. His dad had screwed up his company big time, and the screw-up included his own family. Now he was in jail and Evan’s mother was sick. They had practically nothing left and Evan would take any job, especially if the pay was good. He flicked his gaze back to the last line of the ad. He could use thatkind of money.

Evan threw his pen away. No more circling. He tore that part out of the paper instead and turned to the PC he rented in an Internet café near the motel where he was staying. He signed in to his email and typed fast. He’d had his resume ready and just had to attach it to the email, then put it on to his memory stick. He’d send the close-up photo he usually attached, but this time he needed to find another one, a decent one, full body. It wasn’t the norm, he thought, but what the heck. Evan smirked. He’d send anything they asked him to as long as it wasn’t a nude picture. He found one of him in a casual shirt and pants and guessed it was okay. Or more than okay. The bright blue shirt punctuated his blond hair and freakishly fair skin, and he saw how his golden brown eyes shone in the light. Evan added it to the other attachments, closed his eyes briefly, took a deep breath, and clicked send.

“Phew.” Evan yawned and stretched. He’d worked all day at a diner and his bones felt as if they had turned to jelly. Being a waiter was hard, hard, hard. He never had a chance to sit down for more than five minutes. And the pay…hmf, what pay? Even with the tips, it wouldn’t make up for what he’d lost. Far from it. Stupid, Dad, just stupid

When everything was done, he went back to his room and plopped onto his hard bed. Since his dad had gone to prison, none of them lived in their cozy mansion. The bank took it and their other possessions as collateral. Evan had to rent a small room, saving as much as possible so he could send his mom to a mental institution. They were lucky they got some donations from the church, though it wasn’t much. They didn’t have insurance—that too had been taken away from them.

He linked his fingers behind his head. The figures from the ad replayed in his mind. They weren’t offering a full-time job. It was some type of internship at first. But five hundred bucks a night? That was insane. Wait, was it per night?Wasn’t that supposed to be per day? Evan’s head whirled at what it might mean. He found no answer, though, and eventually decided to let it slide. Damn typo. It must be a typo.

As his eyes fluttered shut and he drifted to sleep, Evan dreamed of what he could do with the money. Five hundred a day, meaning twenty-five hundred a week. After paying off a part of his mom’s medication, he hoped there’d still be some left for him. He wanted a bigger room with an air conditioner and hot water available every night. Perhaps some new clothes. When he’d left their house, it was with nothing but the clothes he was wearing at the time. He dreamed of other things as well, imagining all the fancy things he could have after he finished his first month at the job. He would have ten grand by that time. He couldn’t believe it. What could he say and do to make them interested in him and call him for an interview?

His cheap cell phone vibrated and Train’s Hey Soul Sisterringtone started playing. It wasn’t that loud but it still made Evan jump out of his skin. Who might be calling him in the middle of the night?

“Good evening. Am I talking to a Mr. Evan Foster?”

Evan sat up straight. “Yes.” It was a woman’s voice. Sounded like a secretary. Could she be…

“I believe you sent an application letter along with your résumé and photographs.”

“Hello, are you still there?”

“Is that correct, Mr. Foster, that you just applied for the position of Mr. Donaghue’s personal assistant?”

Well, there was no name in the advertisement, and what the heck? Why were they calling him the moment they got his email—in the dead of night? Evan couldn’t imagine someone was still at the office at that hour.