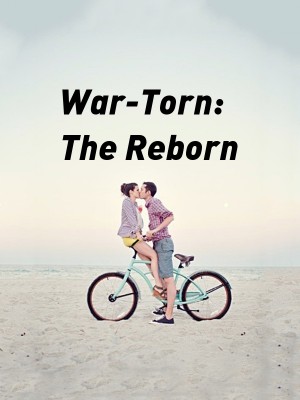 Join Ezekiel keeper in a word were magic lives and the land runs red with blood. Follow him on his journey of power to protect what he loves.will he be able to become stronger than the force that drives him? Or will he fall into the abyss that us hate and despair.

My name is Ezequiel keeper, one of the few survivors of the human extinction, well I wouldn't call me a real survivor. I am a war-torn. The day I was killed, my soul became trapped in what my grand-mother made a liberty jewel

I became a war-torn

war-torns are specially crafted androids linked to a soul- keeper stone from that moment on, waiting for the vessel linked to my soul-keeper stone to recover me.

today I was collected and reborn as my vessel decayed and slowly recovered my stone. I set out on my quest to fix this corrupt dark world by whatever means I can use but first I need to become much stronger. I set out for the holy grail tomorrow. The holy grail is an ancient war-torn armory based on the vessel memories the holy grail seems to be located in what used to be Tokyo, Japan. The vessel also says the person responsible for the extinction is Tritan the treacherous is holding what used to be America as his home. My stone was located in central China, where I was backpacking ancient ruins.

My journey begins with syncing my liberty jewel to my war-born to begin reconstruction, altering the external and internal energy to resemble my original body. Using the power gathered by my extended stay as a liberty jewel I was able to finish my reconstruction in about 8 hours before entering rest mode. I wake up refreshed and fully in control of my body and I set out on the search for the holy grail. I began heading east searching for any signs of human activity when my war-torn played a message from my grand-mother saying “ if you are hearing this message that means I am dead, but you are alive and that is all I could have wished for. My only advice for you is to gather as many souls as you can and advance in the ranks of war-torn. There are many factions in the new world with war-torns of their own. Live on with the second chance I have given you.”

With tears in my eyes and a heavy heart I mourn for my family and friends lost in the Great Awakening where tritan sacrificed human life to reactivate magic in the world awakening many demons and stuff from nightmares. My first day I ran into a pack of wargs

. I was only able to kill one before retreating and taking its corpse with me. Hiding in a cold cave I start a fire with wood I collected on my retreat blocking the entrance with a large rock except a small hole for ventilation in my skin and clean the wargs meat, so I can boil and eat it after decontaminating its meat. Upon cleaning, I find a small emerald shard and my war-torn tells me that it is a soul-shard used to increase my power and learn. After I consume the soul-shard my war-torn shudders as an old blade is slid from my back. I got an intro on the weapons system that the blade was especially crafted by my father for my 25th birthday