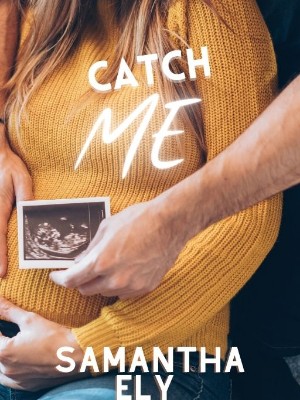 This can be read as a stand-alone, but reading Small Town Lights first, will help it make more sense. Maddy's senior year of college is something she has looked forward to for so long. But choosing the wrong guy leads her back to her childhood best friend. Will he be able to help her through her biggest fear being realized? Will he stay by her side, even though he isn't obligated to?

This is it. I’m leaving home at the end of summer for my last year at The Fashion Institute. Next summer I may not even be able to come home. I will probably be too busy working with Cleo to get our fashion line up and running to even call my mom and dad let alone visit them.

“As am I,” Dad says from beside her. He is waiting for her to let me go, knowing that pulling me from her is a no-no. I know that breaking the hug will get a glare sent my way also. She does this every summer. I don’t even know why she does it at the house. She will do it again at the airport too.

“We are all so proud of you,” Liz says. She has her arm around her daughter, my best friend, Cleo. Her dad, Jarome, stands over them not saying anything. I know he is worried about Cleo this year. She graduated last year, and he seems to think she is going to go wild and crazy now that she doesn’t have studying to keep her focused. He should know better though. Cleo is going to be working on our business plans along with marketing this year. She will probably be more focused than she was when she was in school.

“You all are such amazing people,” Amy Decker tells us. She and my mom are best friends. They met when Dad started playing for the same team as her husband. She is standing with her three daughters, tears welling in her eyes.

“Mom, chill,” Kierra, the oldest, tells her. She will be taking one of the empty bedrooms in the apartment that our parents pay for in the city. She is in her third year at Columbia. Plans for law school in her head.

“Seriously, Mom,” Destiny sighs. She is the second oldest and starting her freshman year at Columbia. She wants to be a doctor. Sports medicine is her real goal. She wants to work for the team our fathers played for. Dad coaches for the team now alongside Cleo’s dad. We are all dedicated to the Falcon’s. Red and Black all the way.

“Are you all done yet?” Hailey asks, hand on her hip. She is the last Decker to be home and I doubt that her hurry is because she will finally get her mom all to herself. Hailey has gotten a little wild since Mr. Decker died in a car accident two years ago. I just hope that she doesn’t go too crazy with all of us gone. Her mom needs her.

“It is time to go. Daisy is probably already at the airport crying and making a scene,” Mom says with a laugh, finally letting me go from the hug.

Dad pulls me to him before she can dive back in, kissing the top of my head. “She is going to call you every day, you better answer. I don’t want to have to hear it or fly out there to hunt you down with her,” he whispers to me. I laugh as I hear the pounding sound of my siblings running through the house.

“You aren’t gone yet, good,” my younger sister, Kelly says. She hands me a flash drive and gives me a proud smile. I look at her and smile back. Kelly loves to make playlists for literally everything, so I asked her for a study playlist and a design playlist to get me through my last year. “You are going to love them,” she beams.

“I always do.” I wrap her in a hug before pulling back and looking at my brothers.

“Don’t get drunk and do drugs,” Kane, my eleven-year-old brother tells me, doing his best impression of our dad. I laugh and nod, patting him on the shoulder. He is going through a phase and has stated to all that he is too old to hug. Mom ignores him of course.

“You call me if you have any trouble and I will come beat up anyone I need to,” Matthew tells me hugging me tight. He is sixteen Dad’s pride and joy. He is following in his footsteps. Quarterback of the football team and heading for the NFL. I laugh because even being so much younger than me, he always has been protective of me. Me and Kelly that is. They are the same age and super close. I think that they will end up together, not anytime soon though. Matthew has been trying to rein her in but hasn’t had much luck.

We all say goodbye to the younger siblings and Dad leads us to his huge SUV. The only car that will fit all of us in it at once. The ride to the airport is about the same as it always is.

“You girls need to be careful in that big city,” Amy starts as soon as we are in motion.

“Amy, we have been living there for years,” I tell her with a laugh, “we will be fine. We got this.”

“I know. I just…” she trails off and sighs. I know she worries about all of us. The car accident, losing her husband it was a lot for her and sent her into a bit of an over worrier. “Thank you for letting Kierra stay with you.”

“Of course,” Cleo says in her sing-song-perfect voice, “we are so happy she is going to be there.”

“Don’t worry so much, Amy,” Mom says from the front seat.

“Yeah, I’m not nearly as worried this year as the last three. I am glad Jett got that job there. Now he can look out for the girls too.”

“That is relieving,” Jarome says under his breath. Cleo and Liz both sigh. Cleo had told me that the closer to the end of summer they got the more her parents argued and the less he talked to Cleo. She is worried about her parents and hopes they are going to end up divorced. She is any only child, and her parents are all she has blood family-wise.

“And Calvin will be there,” Destiny reminders the car. Cleo, Kierra, and I laugh. We are fairly sure Destiny has a huge crush on Calvin, but he is so focused on his computers and apps that he hardly notices when she is staring at him, which is all the time.

Dad hops out of the car first when we get to the airport. He starts unloading our luggage while we all pile out. Grabbing the cart that he loaded them on, he wheels into the building ahead of us.

Mom has my hand again. Amy has both her daughters’ hands. Cleo and Liz are walking hand-in-hand in front of her dad who is on the phone, with a player from the team from the sound of it.

“Jarome, put the phone away,” Liz scolds him as we get to the ticket counter and start checking our luggage.

“There you all are,” I hear Daisy, my dad’s cousin and mom’s closest friend, sniffle.]

“I told you,” Mom laughs. I look at Calvin who is on his phone typing away. Probably some new idea popped into his head, and he wanted to get it down before we boarded. Or he was trying to ignore his mom’s alligator tears that were currently pouring down her face. “Daisy, stop it,” mom wraps an arm around her shoulders, “you’re going to embarrass the kids.”

“I’m sorry, girls,” Daisy says looking at each of us before bursting again.

“Honey,” her husband, Tucker, pulls her to him, “geez, calm down. He will only be a short flight away.” This comment somehow has the opposite effect on her than he planned, and she cries harder. People stop to stare, and Calvin finally looks up from his phone.

“Mom, really? This again?” I laugh. Daisy is always so dramatic but suddenly she is more so. “That poor child is seriously in for it,” he tells his dad.

“What?” Mom asks, looking at Daisy.

“What’s going on?” Cleo and I ask at the same time.

“Mom and dad decided that they needed to replace me now that I’m leaving home,” Calvin says.

“You’re going to have a little brother or sister?” Destiny smiles. Calvin nods before looking at his phone again. I sigh and slap him in the back of the head.

“What the hell, Maddy?” He glares at me.

“You’re so dense,” I say, turning to look at his parents, “congratulations,” I smile and hug then both before turning to walk off, “Are we getting on this plane or what? Tuck needs to get this woman home before someone calls the authorities and has her committed.” I hear everyone laugh and start to follow behind me.

“Now seriously, kids,” I hear Amy saying as we reach the last checkpoint the parents can follow us to, “if you need anything at all, you call Jett.” She looks at each of us waiting for us to nod our heads. Calvin is still on his phone, so she just sighs when his eyes land on him.

We hug all the parent's goodbye again. Mom of course hangs on too long and Dad had to pry her off me. It earns him a glare, but he does not want to have to buy me another plane ticket because I missed this one because she can’t let go.