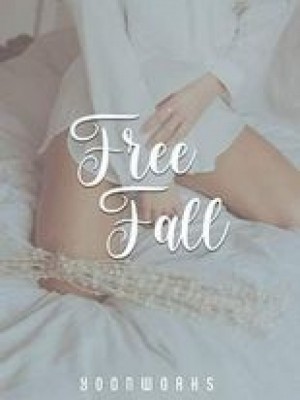 Max always follows rules. And she loves her band members too much that she prioritizes them and her career over her love life. Sky is always there for her. They want each other but she's too afraid to be with him. What will she do if one day, Sky gets tired of waiting? Will she choose to protect those people she loves? Or choose to love herself by doing what her heart wants?

"Cali, let's go! Zaya was alone," I mumble in worry as we slowly went out of the stage to head back to our dressing room.

After so many years of training, the four of us, Zanaya, California, Tokyo, and I finally debuted as a girl group under the name WHISTLE.

It wasn’t an easy feat and being a celebrity is really hard. In an industry where girl groups get to debut from other big and small agencies, we were lucky enough to survive on our own.

We just finished the recording and all of us except Zanaya stayed a little to greet our fans. Zanaya needed to head back to the dressing room because wasn't really feeling very well.

Zanaya looks so pale earlier, I felt bad she had to go through all of this. The sad reality of being a rookie like us and even every other senior idol, most often, we pretend to be okay though we're physically, sometimes emotionally, not fine.

And this time, Zanaya had a fever.

And I understand her. We don't really have a lot of chance to meet our fans. And we're still rookies. We need to grab every chance that we have so we can prove ourselves and let people see us especially since we're under BP where artists normally stay mysterious.

Right when I opened the door on our dressing room, my jaw almost landed on the floor at the sight before us.

Seth, one-seventh of SHADOW- a group even more famous than us, was brushing Zanaya's locks, and I was quite startled by the way he looked at Zanaya.

He was gazing at her with, was it love in his eyes?

I wasn’t even sure if they know each other. I mean, SHADOW is a group that even us idols admire. They have fans around the world and they have won numerous awards. They are not someone that one can just eat and talk with. They are like, standing on a pedestal that not everyone can reach. So the fact that he was with my group member startled me.

I just so confused.

Zanaya was sleeping peacefully on the couch, her head over a pillow while her lower part was covered by what seemed to be Seth’s jacket.

My brows furrowed. This is really so confusing.

Do they know each other personally?

But what grabs my attention was another member of SHADOW trying on him what seemed to be a very familiar piece of accessory.

My blood boiled at the sight of it.

He was trying on him my favorite GUCCI original canvass baseball hat.

Not my baby, please.

"Excuse me?" I can't help but snicker, my voice coming out a little strong, I felt Cali nudging me by the shoulders. I understand her reaction though. Again, we were facing some of the respected seniors in the industry. One wrong move and it cause our downfall. But that isn’t any of my concern right now. The man was messing with my favorite GUCCI.

Nobody touches my GUCCI.

"What?" I looked at her as if I did nothing wrong but the way her eyes widened tells me otherwise.

"Be nice," she whispered and I rolled my eyes at Tokyo's reaction. She seemed to be having fun after realizing the reason for my sudden annoyance.

I always share my belongings with the girls but my GUCCI babies are of a different case.

Just then, both members of SHADOW turned their attention to us.

I am just as curious as what a famous group like them is doing in our dressing room.

Seth stood up immediately and I noticed his cheeks flushing maybe because we caught him staring at Zanaya.

I raised an eyebrow at him.

"Sorry, she almost fainted earlier so we decided to bring her in your dressing room," he stated and Cali rushed over Zanaya but my eyes followed the movements of the other guy inside the room.

He was smirking at Seth as if something interesting actually happened. They are weird.

I would have found his smirk appealing and hot, to be honest, but the sight of my baseball hat dangling loosely over his head makes my hand want to pull it off of him. To be honest, any other girl will be intimidated by just looking at him.

Sky of SHADOW is known to have a lot of fans. A lot of girls, even famous celebrities admit that he is their ideal man. Damn, I saw one of his performances once and I must say, he really has a strong stage presence, not to mention that his face looks like it was carved by God into perfection. His lips were all so red and alluring too.

I can’t help but gulp as I stop myself from staring at him. For a second, I tilted my head a little to keep myself calm.

Nobody touches my GUCCI. Not even Sky of SHADOW. At this point, I don’t even care if he’s famous.

"Excuse but I believe that is actually mine," I told him, pointing on my precious hat over his head. I tried to stop myself from raising my voice but it came out a little stern instead,

Don't judge okay? I was just protecting my baby GUCCI over there.

However, I was a little surprised after his face lightened up, his adorable boxy smile showing. The way his eyes shined makes me want to regret snapping at him earlier.

Okay, he's definitely cute, and hot, I admit to myself.

"This is yours?" he stated, and in an instant, he was standing in front of me, grinning like he had found his soulmate or something.

My eyebrows raised at his reaction. His appearance and the way he acts is a little contrasting. He looks so intimidating from a far but the man in front of me seems soft and a bit childish and playful, if I must say.

Is he like high or something? Why does he seem too happy about it?

"Yeah. It's a gift from my parents," I tried acting casually but deep inside, I'm feeling a little nervous. I don't usually get affected by someone's looks because let's face it, the industry that I currently am with is too is full of good-looking people. Seeing my seniors and other artists in person should have made me get used to it already.

But this guy, he's reeking with sex appeal and all. Talk about perfection.

Seth is also a looker. But I guess his aura is not something that interests me. The girls and I sometimes talk about our crushes and I am not saying I like this man in front of me but I can say, his looks fit my taste the most.

My eyes caught his soft blonde locks which complimented his skin too much that it feels like he's glowing. His nose seemed like it was sculpted into perfection, his lips flattering his features even more.

All in all, he's perfect. He looks goddamn perfect.

Calm down, Max. He's just a human like you. I told to myself.

"Do you like GUCCI?" he asked and a soft smile escaped my lips. I see where this is getting.

Seeing how he was staring at me intently, I nodded in response, my heart rate increasing.

My hand landed on my chest and for a moment, I thought I was palpitating.

Did I eat something weird earlier? I was sure I also did not drink any coffee.

"By the way, you guys were awesome earlier. I'm a fan!" he exclaimed and I stopped for a moment, captivated by the boxy smile in front of me.

"Huh?" I whispered, unsure how to react considering this is the first time a senior had praised our performance. I mean, it's because we just started. I am very confident with myself but I know there are a lot more talented artists out there. And praise coming from someone who’s undeniably well rounded on this craft makes me feel embarrassed a bit.

I watch as his tongue started running over his lower lip.

"Holy shit," I whispered and my eyes widened when I realized I had spoken that out loud, my hands covering my mouth in an instant. I quickly turned around to check if the others have heard but thankfully, no one is paying attention.

Once I turned my attention back to him, I noticed his eyes looking amused.

"That's not very nice young lady. If I'm with Raze, you're going to get an earful of scolding," he smirked before brushing the locks of my hair on the side and then poof, my heart goes wild!

He took a glance behind me and I guess Seth had called for him but I wasn't paying attention. I was just mesmerized by him and the moment his hands touched my cheeks, pinching them gently, I nearly lost it.

"You're quite adorable, it makes me want to protect you," he whispered before messing my hair.

In a swift, he was already out of my sight but the warmth of his touch lingers on my cheeks and it's burning me inside.

What the heck just happened?

"Max?" Tokyo called for my attention and that's when I realized that I was gawking in front of me with nothingness.

"You okay?" she asked and I nodded. But before I can even utter another word, a groan escaped my lips once I realized something.

I was too engrossed into checking out his beautiful face, I totally forgot the very reason why I was even talking to him in the first place.

And I fucking hate him for that.