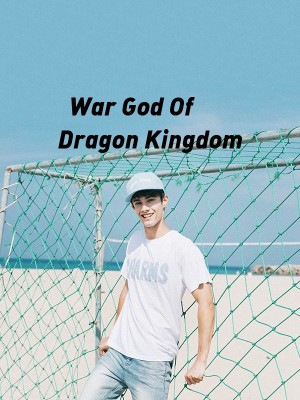 six years ago. My ex-girlfriend broke up with me resolutely because of poverty and moved to the arms of the rich. Today, six years later, God of War is back! Princes and generals, I don’t need to kneel or worship! I don’t need to respect or respect the rich and wealthy! Just because I, Qin Lang, can be the enemy of the country! The God of War of the Dragon Kingdom is not a vain name

Dongjiang city, outside the station.

He looked up at dongjiang city, which had changed a lot, with a sorrowful expression on his face: "It's been six years, and I am finally back!"

Six years ago, Grandpa passed away, and he left dongjiang city with the master god of War.

Six years later, i am back!

The pedestrians around glanced at Qin Lang, then frowned in disgust, covering their mouth and nose.

At this moment, two blue Porsche 911 teams rushed down the road, with at least thirty or forty vehicles.

Pedestrians around looked at the luxury car with eyesight, and glanced at Qin Lang with disdain.

Such a car, the garbage picker in front of me is afraid that he can't afford it for a lifetime.

Before the car stopped, an old man in a suit and tuxedo ran down from the first car, wiping sweat nervously.

He ran to Qin Lang out of breath, but did not dare to gasp.

"Lord Qin, I'm really sorry, there is a traffic jam on the road, please forgive me."

Suddenly, all the pedestrians around their faces looked ugly as if they had eaten flies.

Dozens of black bodyguards got on and off other luxury cars, no matter how shocked they were, they drove them away.

Qin Lang looked at the old man in suit and tuxedo in front of him. This was the famous Chen Ye, Chen Lin.

A word of Chen Lin can change the pattern of the entire province.

However, he did not dare to make any trouble in front of Qin Lang.

If this scene is seen by a big man in Gan Province, his eyes will be widened.

"Lord Qin, Chen Lin has already arranged all your itineraries. Please get on the bus."

Chen Lin was full of fawning and prestige Qin Lang, this is the guardian of the dragon kingdom, the leader of the Jinque organization, full of honor and countless credits, he dare not be presumptuous.

Qin Lang glanced at the Porsche team, then shook his head, turned and left.

The reason why he returned to dongjiang city was to go to Su's house to be the door-to-door son-in-law according to his master's request.

This was an agreement between Master and Grandpa Su, although he didn't understand it, he didn't dare to violate his command.

But before that, he needs to attend a wedding, the wedding of his ex-girlfriend Yu Fei.

Half an hour later, in front of the Wang's Hotel.

Under the strange eyes of the security guard at the door, Qin Lang carried his earthy woven bag and walked in.

In the wedding hall, ex-girlfriend Yu Fei dressed in a gorgeous bridal white gown with a silver bridal crown on her head, toasting the guests at each table.

When she raised her head, she saw Qin Lang walking in with the old-fashioned woven bag, and her face couldn't help but look ugly.

This waste, I just informed him politely, I didn't expect him to come!

Wang Ya, the sister of Wang Ming, the bridegroom official, dared to come to the wedding scene when she saw Qin Lang dressed like this, and her anger suddenly emerged.

"Who let him in? What did the security guard eat?"

"Still holding a woven bag, do you still want to pick up the tatters and sell them? But there is no tatters you want."

"Qin Lang, get out of here and don't affect my brother's wedding!"

They are both high school classmates, but Wang Ya hates Qin Lang to the extreme.

The Qin Lang in front of him liked to pick up scraps and sell them for his schooling expenses.

Since that time, the rubbish he picked up soiled the dress she bought for more than one million yuan, and made dating her favorite.

From then on, she hated Qin Lang to the extreme.

Later, Qin Lang dropped out of school and disappeared. She did not expect him to reappear here today.

She felt that telling Qin Lang to get married was a mistake, and he was not qualified to come here!

This kind of waste that can't make money, you should pick up rubbish for a living!

"You shut up, you don't have the right to speak."

She stared at Yu Fei coldly, with a look of disgust.

"If it wasn't for you to be pregnant with my brother's child, otherwise are you worthy of entering my Wang's family?"

In her eyes, this kind of gold worshiper is not worthy of her brother.

Yu Fei was so angry that she could only stare at Qin Lang angrily: "Qin Lang, get out of me!"

It was because of him that she was insulted by Wang Ya, and he finally fell in favor of this little aunt and wasted no effort.

Qin Lang shook his head and looked at his former girlfriend. It was her dream to marry a rich family, but is the rich family so easy to enter?

The bridegroom official Wang Ming brought the wine glass and walked over blushing.

He glanced at his woman Yu Fei and Qin Lang standing together, his eyes suddenly became gloomy.

Seeing that his face was wrong, Yu Fei hurriedly walked over and stretched out his arm to hold his wrist.

Wang Ming threw her hand away in disgust, and then took a critical look at Qin Lang. Seeing that he was dressed shabbily, the contempt in his eyes flashed by.

Qin Lang's hands were hanging in the air, and the atmosphere was very embarrassing.

"Why do you feel like this? Are you still picking up tatters to make a living?"

"Everyone is an old classmate, tell me to help you!" Wang Ming asked seriously, especially when he saw Qin Lang carrying the old-fashioned woven bag, it was even more certain that he was still picking up rags.

When Qin Lang went to high school, he would pick up the tatters and sell it for money, saying that it was frugal, but he was actually poor!

At this moment, other classmates also came over with wine glasses. They ignored Qin Lang just now, and now they don't mind coming over to see the embarrassment.

"Qin Lang, why did you come here in this way? You don't take Wang Ming's wedding serious?" Zhang Qiang, his old classmate, frowned and stared at him fiercely.

Qin Lang's face finally changed, one after ridicule, even if it was a stone, he would be angry.

He just came back from his teacher's orders and didn't have time to change his clothes. How come he fell into disarray?

As the head of the Jinque organization, it is more than enough to buy all the properties in the entire province.

"Zhang Qiang, introduce a job to old classmates!" Wang Ming laughed playfully, and glanced at Zhang Qiang, who was also wearing a suit beside him.

Zhang Qiang was stunned for a moment, and then he looked at Qin Lang carefully and then laughed.

"It should be very unsatisfactory to see him living like this, but it doesn't matter. My friend and I partnered to start a company with assets of over 100 million yuan."

"He can come to our company as a security guard, with a salary of 3,000, including board and lodging!" Zhang Qiang squinted coldly, as if arranging a subordinate, pretending to arrange Qin Lang's future.

"Such a good treatment, giving Qin Lang a bargain for him."

"For a tattered person, it's enough."

"Qin Lang, don't you think you should thank Zhang Qiang?"

The old classmates around each looked playful and tried their best to insult Qin Lang.

They could all see that Wang Ming and Zhang Qiang had deliberately humiliated him, and for this reason they agreed at all costs.

Seeing that Qin Lang ignored him, Zhang Qiang couldn't help but shook his head and sighed: "Society is very messy now, don’t think things are easy, it is not easy to get a good job!"

"You're not Wang Ming, not me; you're a kid without any background, but also want more than a good job?" Zhang Qiang Qin Lang chatter teachings, blame him behind number of times.