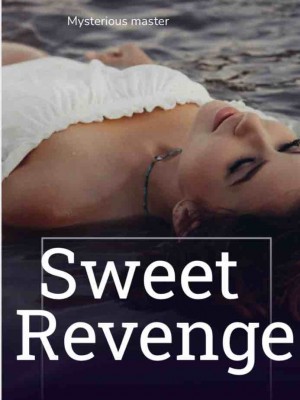 Aurora David is a calm,quiet and kind person.But that quickly changes when she goes to her fiancé’s,Ethan,office unexpectedly and catches him and her sister having sex.All her life she had been forgotten and abandoned and Ethan was the only one she blindly trusted .As she watched her fiancé’s infidelity something inside her clicked and all the rage she had built up in her from all the years finally became too much and she finally snapped

Disclaimer:Multiple chapters will have mild descriptions of ‘inappropriate things’ and mild language

"YOU FUCKING CUNT.I SPENT 6 YEARS.6 FUCKING YEARS.LOVING YOU,CARING FOR YOU.I WAS SO BLIND IN LOVE THAT I DISREGARDED AND FORGAVE ALL YOUR MISTAKES.YOU SAY YOU LOVE ME YOU SAY YOU CARE FOR ME YET HERE YOU ARE PROPOSING TO MY SLUT OF A SISTER.ON MY FUCKING BIRTHDAY.

YOU SAY YOU GO TO WORK SO THAT WE CAN LIVE A 'LUXURIOUS LIFE' BUT IS THIS WHAT YOU REALLY DO?GO TO WORK,FUCK THIS THING

COME HOME AND TELL ME HOW MUCH YOU FUCKING LOVE ME AND HOW I WILL ALWAYS BE YOUR NUMBER ONE.

AND THE FUNNY THIS IS,YOU DIDN'T EVEN KNOW I WAS HERE UNTIL YOU WERE DOWN ON ONE KNEE PROPOSING TO MY FUCKING SISTER.

YOU ARE SUCH A FUCKING PUSSY THAT YOU COULDN'T TELL ME YOU WERE IN LOVE WITH MY SISTER.YOU WASTED MY TIME,MONEY AND LOVE

As a child I was never loved.I was told I was a mistake and that I wasn't supposed to be there because my parents already had a perfect son and a beautiful daughter

I was treated like an imposter. I would remind my self and say that if I tried hard enough my parents would accept and love me

I was invisible at school while my siblings thrived.My siblings boasted on how our parents spoilt them daily and all the luxourious things they would get while I would suffer from the lack of nourishments I had

I lived like a prisoner,i had no privilege to go outside and would sleep in the basement with mice even though I was terrified of the dark .

As you can see my family were a bunch of asses and as much as I tried to convince my self that they would change.

I met Ethan when I was 20 years old he was the one who helped me during the times when there wasn’t anyone looking out for me and I tried everything I could to please him in order to thank him for what he had done for me.

I was working as a waitress in a dessert shop .I quickly went to my boss and asked if I could leave early today because it was my birthday and I wanted to surprise Ethan .My boss,who has taken a liking to me,said I could leave at any time I liked which was really helpful because I needed time to decorate the house, make a cake and buy some pretty clothes

It was pretty much a birthday party but the birthday girl was planning it.Although it was my birthday Ethan deserved it, he has been working a lot these days and I wanted to make it up to him.He had become a lot distant lately but I didn’t want to ask questions because I knew it was work related

But once I left, a matte black bmw raced through the streets and parked with a couple of matte black Audi’s behind it and surprisingly they all stopped in front of the cafe

The door opened and a figure stood out.I glanced at his side but he was immediately surrounded by the paparazzi and his bodyguards were shielding him from them

When it was about 5:30 I set the table to with the cake in the middle the candles were lit there was a big glass of wine and for dinner I made lasagna with roasted potatoes and macaroni and cheese with roasted steak with a side of salad. I quickly went up to get dressed,when I went shopping I found multiple choices but I narrowed it down to two

There was a short black dress that flowed effortlessly around my waist,a long v-line that showed a bit of my cleavage and long sleeves

In the end I ended up picking the black dress

I honestly hate wearing make up because I found it ridiculous how people would think it was cute to powered them selfs into clowns plus I found my self pretty with out it.But since it was a special occasion I decided to try it

After watching multiple tutorials and failing multiple times and having to restart,I gave up.I eventually washed my face and patted it dry

I refused to believe that he wouldn't come home

Then my phone vibrated

Go to bed without me

they added extra hours today so I won't be coming home

He hasn't been home for almost a whole week and he isn't coming today.I sighed , I guess I should have called to ask if he would be home tonight but since he can't make it I'll just go surprise him at his office.

I put my black heels and was about to leave the house when I remembered I needed my car keys.I was so excited to start the preparations that I chucked my keys somewhere in my room and now I needed to look for them

I quickly ran to the room carefully avoiding the decorations and began searching .About 15 minutes later I found it in Ethans side of the wardrobe it was at the bottom of all his clothes I was about to pick them up when I saw some files next to it.

I remember Ethan saying something about bringing files to work he must have forgotten them here.