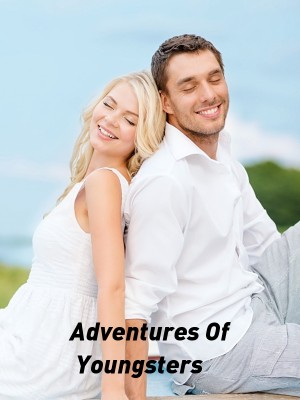 Adventures of youngsters: At an elite teen school, a 17-year-old young man, Artur Donetes, faces a lot of challenges in the turbulent relationship with his family, the friction with the swimming club colleague, Patrício, and intense love relationships. And everything gets even more complicated when Alex, one of his best friends, goes through a desperately tragic situation, which makes the young man wonder if his efforts will be enough to bring Alex back to normal.

In the famous neighborhood Boa Viagem, in Recife, in a luxurious penthouse by the seaside, lives Artur Donetes, a 16-year-old young man, blond, 1 meter and 57 centimeters high, Canadian descent, and communicative, although sometimes a little distracted. The students considered him one of the most hadsome guy in that place, because he wore clothes from famous brands, has green eyes and a sincere smile.

Artur lived with his mother, Isabel, a Pharmacist and owner of a very popular pharmacies chain in the Northeast of Brazil, a woman who was always very discreet, she was a little overweight, but with well-treated skin, sometimes she received some male looks. However, she never responded to any boldness. Sometimes, these situations made her husband jealous, the renowned Urologist and director of the Urology Department of a famous hospital in Recife, Gabriel, a 47-year-old man with brown hair and always had serious facial expressions.

Gabriel had a very turbulent relation with his son, because sometimes the young man did badly in some subjects at school, in addition, he was impulsive and forgot about doing many household because of inattention.

One night, they were having dinner together.

— As always, forgetting everything, right?! Since you were a child. I even thought of taking you to some memory experts, because I have never seen it! You also forgot to pay the school many times, you forgot your swimming classes... In a little while you won't even remember to eat! You only pay attention to those boring quantum physics books. — The father screamed, he was furious and annoyed with his son, and his eyes was quite intimidating.

— It is easy to complain to me, right? Who knows if you would give me a little more attention! You never showed affection for me, did you? Always focused on your office, it seems that there is only your profession in your life, my mother and I always become the coadjuvant.

— Artur, go to your room, now! Is it possible that both of you will never get along ?! We are a family! — Isabel said, waving her hands as she always did when she got nervous.

— Are we really a family, mom ?! At least, not for the great doctor Gabriel! — Artur replied, in an ironic tone and angry with his parents, he thought they do not pay attention to him.

— What a cheeky kid! It is your fault, Isabel! You always overlooked his mistakes.

At that moment, Artur looked angry, but even though he was enraged, he locked himself in his room. *

Days later, Artur was looking forward to his return to classes at the Recife School of Youth and Knowledge . The owner of the school was a famous British businessman, who became a widower after his wife had a stroke, then he came to live with his children in Brazil.

The Recife School of Youth and Knowledge has always been described by the media as one of the most traditional and expensive schools in the Northeast of Brazil, where a considerable part of the elite enrolled their children. Through very expensive monthly fees, the structure of the institution make the others envy: it had bilingual Portuguese-English programs, a sports court, a semi-Olympic swimming pool, modern art studios, music classes with renowned names and laboratories with the most advanced technology.

Artur's newsletter was very unstable, if on the one hand he always did well in the most difficult subjects, like Chemistry and Physics and he was very interested in these, on the other hand he had difficulty with subjects considered easier, like History and Philosophy.

Artur could not wait to see all the classmates, especially the red-haired with light eyes, Alex, and the beautiful Aurélia, one of the nicest girls in the school, who always attracts attention because of her beautiful blue eyes. She also had a nice smile, her hair was tied in a ponytail and she smelled like the aromas of her French perfumes.

As soon as he entered in that educational institution, Artur, coincidentally, saw Aurélia and Alex, and embraced them.

— Guys, I couldn´t take anymore of missing you. — The blonde said, with an expression of hapiness while seeing his friends.

— How was your vacations? —Alex asked.

— Same as always: I would travel to Canada to visit my grandfather, but my mother had some unexpected problems at work and we could´t go, so I stayed at home, sometimes I went to the shopping mall, but I confess I was kinda bored. — Artur answered.

— But you didn't even go to the Ilha do Retiro to see some Sport matches? — Alex questioned.

— Alex, did you forget that he cheers for the Flamengo football team? — Aurélia asked. — My goodness, how could I forgot that?!

— And you guys say that I am the one who is distracted. And what about my friends' vacations, was it good? — Artur asked, he really wanted to hear the answers of Alex and Aurélia.

— Well, I went to Curitiba with my sister Kátia. I loved that place! The city has many trees, I loved the botanical garden there. And Kátia introduced me to her friends , I had a lot of fun. I love my sister Katia. Last year, when I had a hard time with Biology, she as a nurse, taught me a lot of things and always helped me when my parents got upset because of my grades, she talked to them until they gave up of blocking my allowance. And my another sister Alessandra, she is getting bigger, she turned into 12 in January. I love them both, but Alessandra is the one I love the most, she is such a little princess, you gotta see when she is talking to her classmates about makeup, I feel like she is going to be very vain. — Alex declared.

— But you didn't overdo the drink again, did you? — Aurélia asked, with a worried expression.

— What is the problem? There is always a clandestine bar out there that sells drinks to minors, we even drank a few glasses when we gave money to the owners. — Alex said, trying to alleviate the problem.

—Two wrongs don´t make a rigth. We are 17 years old, but Brazilian law only allows the consumption of alcoholic from the age of 18. — Aurélia pondered.

—Ok, "right" lady... Don´t come with this politically correct speech, you know very well that we always give money to someone sell us drinks, and they take the bribes, one more thing, there are many bars that sell beer to minors illegally, you don't have to be the "owner of morals", it doesn't suit you, my dear. — Alex joked.

—Two wrongs don´t make a rigth. You know that sometimes you exaggerated. You got drunk often. If Artur and I had not hidden this story with the help of Kátia, your parents would have killed you. — Aurélia emphasized.

—Let´s talk about other things. And about you, my friend Aurélia? I saw your pictures in Madrid on Instgram. Did you like there? — Artur asked.

— It was a dream. I celebrated the new year in Puerto del Sol, I visited the very modern Santiago Bernabeú Stadium, where I cheered too much for my team, Real Madrid. I need to mention that the gastronomy of that city is impeccable! But then, the classes returned and a lot of boring subject comes up again. — The student regretted.

—Take it easy, the Carnival is comming, I can´t wait for the Galo da Madrugada , I booked some cabin tickets, I´m going to have fun! —Artur said, very excited.

Minutes later, the bell rang and the young students went to the first class of the day, the Sociology class of teacher Sheila, who always draws the attention of the guys because of her charming appearance, and she was always highly commented by the girls for their discreet and stylish looks.

— People, I know that the vacation is over and many of you are sad because the routine is back at school, but the year has already started and we need to remember what I taught last year. I will ask some basic questions.

—Oh, no — The students murmured.

—Who was the sociologist who addressed the concepts of social facts?

— Arthur, dear, you mixed it up! It's Emile Durkheim, Karl Marx is another thinker.

—Do not care about it, teacher, Artur has always been the ‘’ disconnected ’’ of the class, he even forgets about swimming classes, this guy is unbelievable. I think he was born with a screw loose. — Patrício joked, the troublemaker and athlete of the swimming team.