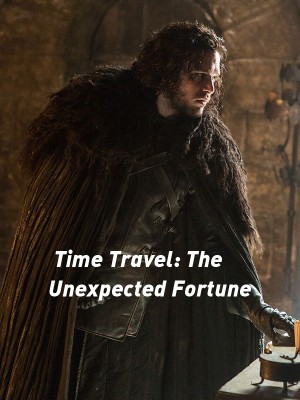 On a abandoned building—Iris, Leoria, Killua and Wren accidentally found a thing covered on a dusty white cloth. Only to find out it’s a machine. They saw those three column numbers and because of silliness—Wren pressed the button randomly. The screen showed up the combined numbers and out of curiosity they pressed the OK button. That’s the time a light appears and started to cover them—they time travel.

“Okay, class dismiss.” our lecturer announced as soon as the bell rang. We’ll be having our lunch time.

We are on the cafeteria and Killua and Wren decided to order for us. It took ten minutes before they get their order.

“Have you visited the abandoned building near the convenience store?” Killua asked out of nowhere. “there are gossip spreading to our place, according to them they always hear screams at that building any time.” looks like he’s narrating a horror story.

“Cut the nonsense Killua, it’s just rumors.” Leoria blurted out. She get her food in the tray as well as me.

A defeaning silence covered us, no one dare to talk. On the other hand, we both started eating our meal. Until we finished our food, no one still talk.

“What if...we go there?” Killua look at each one of us, waiting for our response. He’s still not get over that. To end this scene...

“I’ll join.” I exclaimed and the three of them looked at me.

“Cool. So are you in?” Killua asked Leoria and Wren while smirking.

“Aish, okay you win. I’ll join too. I’ll look coward if I’ll let just the three of you.” Leoria said as a sign of forfeit.

Killua punch the air as if he won on a  lottery, “Cool! Now let’s go! Don’t bring your phones, it will lessen the thrill.”

“How about our bags? We’ll leave it?” Leoria asked, worried about her phone and things. Yeah, she’ll rather spend her time—studying.

“We will come back early, don’t worry.” Killua assured her.

We quickly go towards the abandoned building. It’s just near the convinience store which is the most near store to our school.

Back to reality, we’re here already on the abandoned building. Just few step to fully enter the building.

We first saw how dark it is inside. You’ll also notice the empty room once you enter.

“What do you think guys? Do you think we’ll have something to discover today?” Leoria almost whisper, thinking she might awaken the bad spirit inside the building.

She’s the type of person who’s pretending to be brave, but the truth is she’s coward. I’m not backstabbing her, I’m just telling the truth.

“We will know once we wander around the whole building.” I commented.

“Great, let’s go upstair.” we followed Killua since he has the more guts to enter the building in the first place.

We saw a door and Killua slowly opened it. There’s a table inside and something is above on it.

“Let’s look at it.” we then walked toward that thing which is covered with dusty white cloth.

Killua remove the cloth and all of us were now curious, “What is it? A machine?”

We saw a screen and a three column numbers but because of silliness, Wren randomly pressed the buttons. The screen showed us the resulted number which is 10-20-2073, out of curiousity I pressed the OK button.

Later on, a light appeared in front of us. Doesn’t have any idea what’s going on. We screamed as soon as it covered us until everything went black.