Home/ The Billionaire Son-in-law Ongoing
I was forced to divorce my wife by my parents-in-law, but they begged me to remarry their daughter after they knew I was a billionaire... 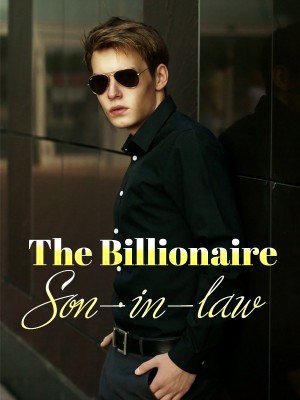 Qi Feng was a descendant of the Qi family, one of the wealthiest families in the capital. And he was supposed to be of the noble upper class. However, three years ago, he was kicked out of the Qi family and had his hands and feet tendons severed. Ni Mengguang, Ni Jingyi's father, pitied him and saved him, and even made his daughter marry him. Everyone in the Ni Family thought Qi Feng was a loser and tried to persuade Ni Jingyi to divorce him. But they did not know they were messing up with the richest man in the world...

About
Table of Contents
Comments (14)

Qi Feng was rushing to Longteng Hotel with a package in his hand.

It was almost evening, and his wife was about to get off work. He had to send this package out quickly and then drive back home to make dinner, lest his wife be furious when she came back.

Soon, he arrived at the door of a presidential suite, according to the address on the note.

Before he could catch his breath, he hurriedly pressed the doorbell.

The doorbell rang a few times, and the door was opened.

Halfway through his sentence, Qi Feng looked at the person who had opened the door. His mind went blank, and the parcel in his hand fell to the ground.

The person in front of him was none other than Qi Feng's wife, Ni Jingyi.

Behind Ni Jingyi stood a young man in a bathrobe. His hair was wet. It looked like he had just taken a shower.

Qi Feng knew this young man. He was Wang Meng, the son of a wealthy family in Beifeng City. He had always been courting Ni Jingyi.

The idea of being cheated on filled Qi Feng's mind, and his heart was in pain.

Ni Jingyi didn't expect Qi Feng to appear here either. She frowned and said impatiently, "What?! Hurry up and go home. I'm annoyed just seeing you!"

Her words added salt to Qi Feng's injury. His whole body was numb.

But a moment later, a bitter smile appeared on his face. "It's okay. I'm fine. You don't have to hide it from me. I know I'm useless and have no future. I hope you'll be happy."

"After three years of marriage, I can feel that you have no feelings for me. I signed the divorce agreement. It is under my pillow. We can divorce when you sign it."

"You've suffered a lot in the past three years. Let's part ways and be happy."

He had wanted to talk about it with Ni Jingyi many times. He had thought that he could turn around and leave without feeling anything.

He didn't expect to be distressed when it actually happened.

"It's not what you think! You misunderstood, you fool!"

However, Wang Meng stopped her and said with a smile, "Jingyi, why do you have to explain to that good-for-nothing? Just give what he wants. Divorce him! If you marry me in the future, I promise, I will make you happy!"

Ni Jingyi suddenly turned around and stared coldly at Wang Meng. "You did all this on purpose, didn't you? You called me here and asked him to send the parcel on purpose! You set this up, didn't you?"

"Jing Yi, what are you saying? Why would I do that?" Wang Meng explained.

"Because I know you are so despicable!" Ni Jingyi looked at the document on the ground out of the corner of her eye. "If my guess is right, the so-called urgent document is completely fake!"

As she spoke, she bent down to pick up the documents on the ground.

Wang Meng was shocked and frantically tried to grab it. "Jingyi, don't open it. This is our company's secret document..."

The sound of paper being torn was heard.

The parcel was torn apart in the fight, and the documents fell and scattered all over the floor.

What kind of confidential document?

It was simply a stack of blank A4 paper without words.

Ni Jingyi questioned, "Is this the secret document of your company?"

Ni Jingyi glared at him and strode away in her high heels.

"So what if I am despicable!" Wang Meng quickly ran to Ni Jingyi and stopped her. "I did all this for you, didn't I?"

"As long as you divorce that good-for-nothing, I can help the Ni Group get through the financial crisis, but why didn't you agree?"

"What's so good about that good-for-nothing? He's poor and has no ability. He's not good enough for you! I graduated from a famous university, and my family assets are at least 100 million yuan. I have villas, supercars, and tens of millions of savings. I can give you everything!"

Ni Jingyi glared at Wang Meng. "Because he can give me a sense of security, but you can't."

After that, Ni Jingyi pushed Wang Meng away and strode out of the Longteng Hotel.

Wang Meng was so angry that he hit the wall.

"I'd like to see how that good-for-nothing can give you a sense of security!"

After that, he rushed into the presidential suite angrily, picked up the mobile phone on the coffee table, and dialed a phone number.

"Ni Liqiang, go to Qi Feng's bedroom and take out the divorce agreement. Before Ni Jingyi goes back, ask her mother to settle the divorce."

At this time, in the streets of Beifeng City.

Many pedestrians were in a hurry.

After a deafening sound of thunder, heavy rain poured.

Qi Feng was walking against the stream of people, feeling depressed.

He was homeless now with no place to go.

He was a descendant of the Qi family, one of the wealthiest families in the capital. And he was supposed to be of the noble upper class.

However, three years ago, he was kicked out of the Qi family and had his hands and feet tendons severed. Ni Mengguang, Ni Jingyi's father, pitied him and saved him.

Ni Mengguang had no son. He felt that Qi Feng was an honest man, so after Qi Feng recovered, he suggested Qi Feng marry his daughter.

After Qi Feng married into the Ni family, his days were not as good as before. Everyone in the Ni family despised him.

Especially after Ni Mengguang became a vegetable after a car accident two years ago, the Ni family said he was bad luck and insulted him even more.

Despite the heavy burden, he had no complaints. Because as a good-for-nothing, it was already God's blessing for him to marry such an excellent wife like Ni Jingyi.

But after a long time, he gradually understood that the real love was not keeping an eye on his lover at all times but giving her happiness.

But he didn't have that ability at all.

"He must have been abandoned by his girlfriend."

"Haha, what a loser. He should accept his fate. How can a courier dream of being in a relationship?"

"A courier? He can't even afford a house even sending parcels his whole life! Haha"

The youngsters hiding from the rain on the street sneered when they saw Qi Feng, who was out of his wits.

At this moment, a Rolls-Royce suddenly stopped in front of Qi Feng.

Then, a man in a suit got out of the Mercedes-Benz S600 and quickly ran to Qi Feng with a black umbrella to protect him from the rain.

Then, a white-haired old man got out of the Rolls-Royce. Surrounded by several men in suits with umbrellas, he walked quickly to Qi Feng and bowed respectfully.