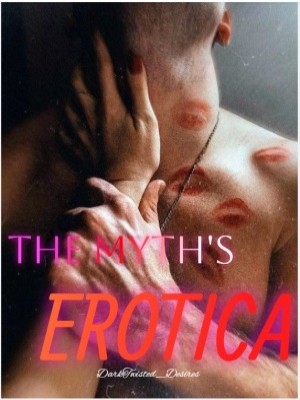 Thayer watched, hidden by the thickness of trees as the young woman knelt down by a small bush and started to pluck the berries. Her gown was plain, a dull blue against the lush green of the grassy hills. It was a shame her long blonde hair was bound in a braid. It made him itch to run his fingers through it. A woman's hair should flow loosely over her back so that it could catch in the wind.

No matter, once she was a part of his camp, she would keep her hair loose. It was the way of the females.

Just for second, he felt doubt. He knew the people of her village told stories. Stories of how dangerous centaurs were, how they raped their women and pillaged their homes, burning them to the ground, of how they killed mercilessly. How far from the truth, Thayer thought with disgust.

But one thing was true about centaurs. They captured their maidens to take as their mates.

Rose barely had time to react to the thundering gallop. As soon as she looked up, she saw a centaur charging for her. Larger than a stallion, his body was covered in chestnut horsehair, yet the human part of him was tanned from the sun, muscled with broad shoulders and thick arms.

His face -- a striking one of chiseled features and deep chestnut brown eyes focused on her as he gained more speed.

Rose's scream was cut off when he scooped her up into his arms. She instinctively fought. Her basket was dropped and she pummeled him with her fists, but to no avail.

"Be still." He demanded, his voice so deep it made her shiver. Fear shot through her. She'd hear the stories of women being taken captive by these creatures, never to be seen again. Raped and then killed, the gossips said.

"I won't hurt you, Rose." He didn't miss a beat; he just kept on galloping, this time in the direction he came from. She gasped.

"How do you know my name?" But before he could answer, she lifted her fists and started swinging. "Let me go! This is kidnapping!"

"Obviously," He smirked with humor. The man -- centaur -- actually was laughing at her. This only angered her more. But he swung her onto his back and at his speed, she could do nothing but hold on for dear life.

"Where are you taking me?"

"My home is in the other direction." She said angrily. He didn't bother to answer.

They traveled a long time, or what seemed to her to be a long time. Through her fear and anger, she was unable to locate where they were exactly. But she did know he led them up toward the mountains into a thick forest across the river. Her captor had slowed down, giving her a chance to think.

She had thought centaurs to be dirty, rough creatures, yet her captor moved with a grace unknown to creatures this size. The hair on his head he work in short waves and for some odd reason, she felt the urge to run her hands through it.

He turned, as if sensing her watching him and grinned. Rose quickly looked away, blushing. The man was too handsome and it irritated her for noticing. He broke into a momentary cantor and the sudden movement rubbed against the apex between her legs. Rose gasped and clutched onto his hard waist. A slow throbbing began between her legs one that was increasing as her captor continued to vary his pace, causing more jerking movements.

She grew strangely wet between her legs and a sudden jolt sent shock waves through her. Her thighs tightened on him and she arched forward. The muscles beneath her hands clenched, as if he too was affected by his actions.

Soon, they arrived into a clearing where dozens of longhouses were scattered.

Rose's back went up when she found herself scrutinized. The blush on her cheeks grew hotter when everyone in the camp started to watch them. There were many human females than she'd guessed, many standing or sitting in groups and whispering to each other now. The others, the centaurs were all male.

Her captor continued into the camp until he stopped in front of an aging centaur with a white beard and weathered face. Though he looked old, he possessed just as many muscles as the younger centaurs.

Rose wasn't sure if to dismount, so she remained where she was. Behind the old man, a female human, with a head of graying hair came out of her long house.

"You bring a human female into our camp, Thayer." The aging centaur said. Thayer, she repeated to herself. Was that her captor's name?

"And you achieved it without armor."

Rose was confused. Did this mean something?

Polonius nodded again and rested his hand on Thayer's shoulder. "Is she a maiden?"

Rose blushed even redder and Polonius gave her a small smile. "Let her be your mate. You have my blessing. Allow my mate to attend your bride when she is ready."

Thayer turned toward his home, anxious to get her alone. Their journey back to his camp had been a test of his will. He'd lost count of the times he wanted to stop running and just take her. How he longed to bury his cock inside her warmth. It had been torture to feel her wet pussy rubbing against him and then to hear her soft gasps when she noticed. But she was a maid, he told himself to be patient.

He pushed aside the thick leather covering the entrance of his long house. Rose quickly dismounted and rushed toward the exit, but he grabbed her just in time.

His grip was firm on her arm and he brought her close. "This is your home now, my love."

"This is not my home and I am not your love. And I will not be your mate. I could never marry a centaur! It's wrong!" Rose shouted. She saw something flash in Thayer's dark eyes.

"Yet it is a centaur who can make you wet." He said in a low voice. He propped her onto a bed several feet up from the ground so that she lay level to his body. Angered by her words, he tore her gown and the material fell away, leaving her naked before him.

"I could hear every little gasp coming from your lips, my love." He said huskily. "Let us see if it is a centaur who can make you cry out in pleasure."

His kiss was punishing, his lips slanting over hers as she tried to push him away. But it was no use, he was too strong, too big. His tongue invaded her mouth, dueling with hers. Her inexperience only seemed to fuel his desire. One hand cupped her face, holding her to him as he claimed her with his mouth.

He smelled of sandalwood and the forest and something distinctly him. It made her dizzy, confusing her. She shouldn't want this, yet her body reacted to him, wanting him while her mind protested.

Thayer's other hand reached for her breast, filling his hand with her softness. She arched to him, gasping as his thumb brushed against one hard nipple. His kisses descended down her neck, leaving a hot trail on her skin.

"So soft," He murmured. His mouth moved lower and captured a nipple into his mouth, suckling. Rose cried out. He moved between her, rubbing his erect cock against her belly. He knew he was much larger than a human. With that thought, his fingers caressed her inner thighs, soon finding her wet feminine folds.