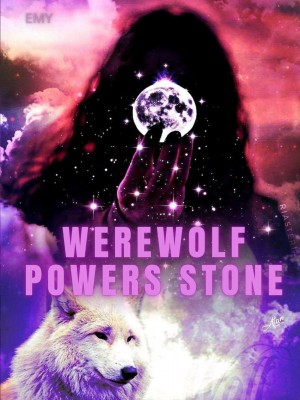 That feeling when I spent years of my life stuck and floundering between the walls of an outdated dungeon in an ancient exile among the bowels of the forest, without any creature knowing that I was alive! you narrowed me down It's about to change I finally decided to run away " Where the world does not need more of copies , try to dine different ."

Among the trees I could see something shining in the distance, which I thought was a small speck of water.

I ran faster until I got to that lake-like spot, got on my knees, panting from exhaustion, and started drinking water with my hands quickly so I could continue.

I found them standing a few meters away from me and not moving.

What happened to them?

Why didn't they come to catch me?

"Miss, it's for your own good. You can't stay like this in the sight of other creatures. This will put you in danger. You must go back. If someone finds out who you are, you will be killed mercilessly."

I knocked for a while before replying again<br /> "I won't, why don't you force me!"<br /> I smiled to the side, a tone of stubbornness in my voice.

The two of them looked at each other a little before one of them came forward and I got ready to run again for my life.

But I froze when I saw him fall to the ground, and the sound of his anguished cries filled the place.<br /> My eyes widened in a frightful way, watching the changes in his body as if it were spontaneously burning, and it was only moments before it turned to ashes.

My jaw dropped in horror, I can't comprehend what just happened, my eyes can hardly believe and my mind is not working as hopefully.

I spent a couple of minutes trying to rectify the situation before I got up cautiously from where I was and got a little closer to where the guard was standing before.

His corpse has turned into wind-blown dust

My eyes moved around him to find that next to him were many dry branches that were neatly stacked, as if someone had placed them in this way.

I felt a strange setting in me, getting closer to the edge of the twigs and cautiously I extended my hand after it

Turning my eyeballs, I follow that row of twigs to find that it extends uniformly into the woods.

This made me guess that whoever placed it was the protective boundary of the area, that was strange..

And somehow I managed to get past it without damage, and that was the strangest thing!

I don't think I've ever been here without being caught.

I shook my head, sluggish my defensive muscles, and ignored my surroundings for a few minutes to head back to the lake again.

I pulled the cover off my head.

Look at my reflection in the water with contempt

My long black robe looked filthy because of the stiff blood that covered it and my clothes underneath as well. The features of my face were almost invisible because of so much blood clots and dust on it.

Was that the first time you had met me in centuries?

A faint smile crossed my frozen lips, waving my fangs out, I don't remember what I looked like.<br /> This is not the same in my memory.

May it cleanse my soul.

With my hands I wiped lightly over my emaciated body, passing it softly over the deep wounds there, removing the dry remnants of the skin and the clotted blood from over it, washing my face several times, and the clean water permeating between my long locks.

It took me minutes to get my body partly clean.

At least I looked like something... even more alive than me

I got up to pick up my dirty clothes and looked at her.

I kicked him away from me and the robe wrapped around my bare body, I had to, so I couldn't stay like that.

I go where my soul desires

Nothing was the sum total of my feelings and thoughts

Everything was quiet and somewhat empty before I felt a breath sharing the emptiness with me.

My senses focused on her as she started panting madly and caught the sound of her enemy's voice in my direction.

I could feel it, it was only a matter of moments and I saw a gray wolf running towards me.

&quot;This is really what I was missing.&quot;

"What do I do? What do I do?"<br /> I hissed in exasperation, taking my breath away, I could still hear his angry breath right behind me, a good distance away from mine.

Then my mind realized that I had left the boundaries of protection<br /> I increased my speed in spite of the pain piercing my feet until I reached the right speed and hid from the sight of that creature making my way back to that stretch of twigs.

I raised my head a little to see a large, worn-out wooden house in front of me, which made me furrow my eyebrows as soon as the appearance of that house appeared.

A sudden pain spread in my head, darkening my eyes from seeing as a result of that house similar to what is in the fold of memory.

I immediately stood up, my legs drooped by the sudden stop, I fell to the ground, my body flipping carelessly on the grass to harvest some superficial scratches.<br /> When I finally calmed down, I breathed a sigh of relief, feeling my eyeballs revolve in their eyes and my mind had moved.

Slowly I straightened up, feeling every muscle and bone in my body complaining of fatigue, I exhaled resolutely to my command and walked closer to that wooden house, blinking in bewilderment.

It was so big and so worn out as if it had been deserted from antiquity, and in the nooks and crannies something shivered in my heart.

The wooden door looked so worn out and easy to break, so I simply pushed it to fall to the ground and went inside with mixed feelings.

Something of fear, anxiety, sadness and nostalgia invaded my confusion and made me distracted

That house was full of dirt, all the furniture covered with white sheets that showed no signs of life in the place, but I began to call.

And every time all I received was silence answering me, I realized that he was already deserted, but when his aura overlapped with a strange familiarity with my being!

I touched the stairs, still having strange feelings, and went up to a room that seemed to be a bedroom, in the middle was a large bed with a white coverlet.

Exhaustion enveloped my mind, which made him neglect my body on that bed, but I was quickly shoved to the ground in pain.

Damn, this thing is harder than rock!

I rubbed my lower back in pain and straightened when I saw a tall skeleton next to the closet, I carefully removed the white sheet from it, but it turned out to be a completely heroic mirror!

I looked at my face devoid of the colors of life, the pallor of my being, and my eyes were as pale blue as gray.

My stare in the mirror was interrupted by the angry voice that roared in my stomach, telling me that I had not fed this miserable body for two days.

I disappeared but after a few seconds I came back again when I wanted to.

"Let's put something on first."

I opened the closet so that I might find any piece of cloth that might cover my naked body, but instead of clothes, I was met with dust, breaking into my breath, and I began to cough.

I opened my eyes again, and the closet was empty, only a few large candles and a large chest.

I checked that box; It has scarlet drops that look like blood.

I pulled the box out with difficulty due to its weight and blowed dust from above to show me where the lock was.

&quot;Where is the key?&quot;<br /> I muttered quietly to myself, searching among the candles in the cupboard for the key to the box, but nothing.

I sat in front of him in frustration, internally wondering about its conten

I stared at the lock in confusion before its figure roamed my mind, causing a painful crack in my memory.

I repeated carefully, touching the solid object hanging around my neck.

I stripped of that necklace that had the key!

I didn't know where you got it from? Why is it in my neck? but he was always there hanging close to my heart; Reminds me that I have to keep it for a while.

I inserted the key into the lock and turned it hesitantly and slowly until it opened quickly.

In fact, I panicked a little, and got closer to see what was inside.

I saw a roll of paper and a strangely shaped piece of stone attached to a necklace which I had picked up with my own hand.

A message from someone!

And because I have the key

It is intended for whoever owns it

It was a painting of a small family, their faces blurred, not clear, but they looked familiar!