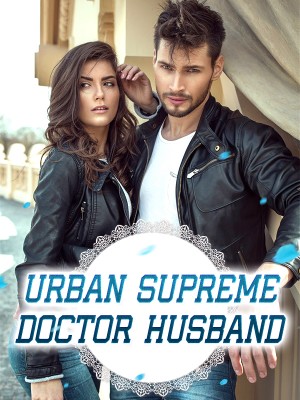 As a big shot, he pretended to be a poor and stupid son-in-law, but no one knew that he was just a useless person in their eyes. In fact, he was just too lazy to look down on all the nonentities!

About
Table of Contents
Comments (10)

A sharp woman's cry broke the quiet atmosphere of the hospital, and then she shouted and cursed unscrupulously.

"Get out! Get out! What's going on in your hospital? Why are there so many men in the Department of Gynecology?"

Holding a cotton swab and anti-inflammatory drugs in his hand, Lin Chen ran out of the curtain with a red face. He hurriedly said, "I... I'm a nurse, not a hooligan!"

"Who will come to the Department of Gynecology to be a nurse? If you're not a hooligan, who are you? Get out of here!"

Listening to the woman's continuous abuse in the curtain, a woman in her forties in a white coat came in. Looking at Lin Chen's embarrassed look, she immediately sneered and said, "Even a nurse in the Department of Gynecology can't do well. I really don't know what's the use of you. Hurry up and get out of here. Don't stand in my way. I'll go to the director of the hospital to make some suggestions later. Don't let any good-for-nothing come to me!"

Hearing this, Lin Chen silently lowered his head. Unknowingly, the medicine bottle in his hand had been crushed by his palm. The glass fragments mixed with liquid medicine and blood fell from his fingers bit by bit.

For Lin Chen's look, the female nurse didn't even take a look at the sarcastic director of the Department of Gynecology. She just calmly commanded the nurse to help the patient apply the medicine.

Lin Chen gave a wry smile to himself and his eyes turned red. Without saying a word, he turned around and left the clinic. Then, he walked toward an empty room at the end of the corridor.

Because both doctors and nurses in the Department of Gynecology were women, there was only one man, Lin Chen. Therefore, Lin Chen's personal belongings were stored in this storage room alone.

As soon as he entered the room, his cell phone rang in his pocket.

Lin Chen endured the pain and picked up the phone with the other uninjured hand. Before he could speak, the thunderous roar of a woman came from the other end of the phone.

"Do you know what you're doing, Lin Chen?"

Hearing this familiar voice, Lin Chen was shocked and said cautiously, "Xiaojin, I... I'm at work."

Before Lin Chen finished his words, the phone had been hung up by the woman on the other end of the line, leaving him standing there with his mobile phone in his hand in a daze.

He was neither a rogue nor a pervert. He was not willing to work for this nurse. He was the vice president Qin of this hospital. He transferred him from the operation room to the logistics department and became a department director. Now he transferred this big man to the Department of Sanity and Gynecology to be a nurse.

As for the reason why Deputy Dean Qin was so hostile to him, he knew it all because of Lin Chen's wife, the woman on the other side of the phone, and the general manager of Glory Elixir Group, Su Jin.

As the only daughter of the chairman of the Glory Medical Group, everyone knew that as long as they could marry Su Jin, it would be equivalent to inheriting the hundreds of millions of wealth of the Su family. However, they could not understand why such a white, rich, and beautiful woman would marry such a good-for-nothing as Lin Chen.

Everyone felt that they were much stronger than Lin Chen. Since Su Jin was able to marry Lin Chen, why couldn't he marry them?

With this idea in mind, even if Su Jin and Lin Chen had already been married, Su Jin's admirers were still in a continuous stream, and Deputy Dean Qin's son was one of them.

After a long silence, Lin Chen put the phone back in his pocket silently. Suddenly, he felt a sharp pain in his palm. He opened his handbag with a grimace and wanted to find some toilet paper to wipe his injured palm. However, he accidentally dropped an ancient book on the ground in the interlayer of the handbag.

He frowned slightly and squatted down to pick up the book. He stared at it for a long time and then sighed deeply.

This was a secret book of traditional Chinese medicine. He didn't know who it belonged to, and he didn't know whether the records were effective or not. But for so many years, Lin Chen had always carried it with him, because it was the only relic left by his father.

Lin Chen stretched out his hand and patted the dust on it, but accidentally stained the blood in his palm on the book cover. He was shocked and was about to wipe it off when he felt a "buzz" sound in his head, as if his whole body was weightless and he fell into a bottomless abyss. When he came to his senses, he found that it was dark all around, and in front of him stood a strange old man.

The old man was wearing a plain blue robe. His smiling face was full of wrinkles. Unlike the darkness around him, his whole body was glowing like a shadow, making him look like a god.

"The descendant of the Hua family, I've finally been waiting for you for so many years!"

The old man looked at Lin Chen with a smile and kept nodding his head, saying, "You have a good aptitude. You deserve my medical experience in my life. Although it's an accident, after all, it's you who activated the cyan bag scripture with your blood. It's our fate. In that case, I'm willing to teach you the self-defense skills that I'm willing to protect myself and the little cultivation experience I gained in my later years!"

As soon as he finished speaking, Lin Chen felt a throbbing pain in his brain. For a moment, countless words flooded into his mind. Those secret prescriptions and medical skills seemed to come in handy and were deeply engraved in his memory.

At the same time, a strong heat flow crazily rushed into his body, wandering in every part of his flesh and bones. Although he could not control his own body, he could still clearly hear the terrifying crackle at his joints.

In a daze, the old man's laughter rang out again.

The old man's voice became smaller and smaller. In the end, it seemed that he disappeared out of thin air. Lin Chen suddenly came to his senses and looked around in horror, only to find that he was still in the storage room.

Lin Chen subconsciously lowered his head, but he was stunned because he saw the wound in his palm, which had been scratched by the glass fragment, disappeared completely.

Just as he was in a daze, the door was suddenly pushed open and a young nurse rushed in. She said in a hurry, "Lin Chen, there is a pregnant woman who has an abortion outside. The director said that there is only a man like you in our obstetrics and gynaecology. He asked you to help carry the patient!"

Although Lin Chen was full of doubts about what had happened just now, he knew that at this moment, it was not the time to care about these things. He quickly agreed and rushed out of the door with the nurse.

When he arrived at the gate of the hospital with a few nurses pushing a stretcher, he saw several anxious figures surrounding a Mercedes.

The leader was a young man, and next to him were two burly figures, who looked like bodyguards.

"What are you doing? Why are you so slow?"

Seeing Lin Chen pushing the stretcher and rushing in front of him, the young man was furious and shouted.

Through the window of the Mercedes, Lin Chen saw a pale pregnant woman lying in the back seat of the car. Her eyes were closed and she was unconscious, as if she had fainted. On the deck of the car, there was a pool of shocking blood.

Lin Chen was shocked. He knew that he could not delay any longer. Without saying anything, he stepped into the car, held the pregnant woman's calf and neck with his arm, carefully took her to the stretcher car, and then pushed the car to the hospital.

When Lin Chen pushed the stretcher cart to the front of the operating room, the director of the Department of Gynecology had already put on his surgical uniform and hurried to greet him with several doctors and nurses.

Lin Chen still wanted to push the stretcher into the operating room, but he was stopped by the director of the Department of Gynecology. He said, "You're just a useless nurse. Do you still want to enter the operating room? If someone dies, can you take the responsibility? What are you looking at? Get out of here!"

After that, the director of the Department of Gynecology waved to the people around him, and several doctors quickly took the stretcher car into the operating room. Then the door closed and the red light was on.

Lin Chen clenched his fists tightly. After a moment of silence, he feebly retreated to the corner.

The young man and the two bodyguards also hurriedly followed. When they saw that the operation had begun, they turned around like ants on a hot pot.

At this moment, a middle-aged man wearing gold-rimmed glasses came quickly. When he came to the young man, he stopped and said respectfully, "Childe Zhao, what happened? Could you please come here?"

The young man gritted his teeth and said, "What else can I do? My wife is going to have a baby!"

With this, he looked at the middle-aged man coldly and then said, "If I remember correctly, your position as the director was promoted by my father when he was still in the position, wasn't it? Let me tell you, if something happens to my wife today, you, the director, won't have to work anymore!"

The person who came was the director of the hospital. When he heard the young man's words, he was sweating profusely. He quickly said, "Childe Zhao, please rest assured that everything will be fine!"

As he spoke, a short and fat middle-aged man also ran over quickly. When he saw the young man, he bowed and bowed, "Childe... Childe Zhao, why are you here?"

Childe Zhao glanced at him and shouted in a low voice, "Deputy Dean Qin, you came just in time. I heard from my old man that the director of the Department of Sanity and Gynecology in your hospital is a famous expert in the provincial capital?"

Childe Zhao said coldly, "If my wife and the child are safe and sound today, even if you are talented, if there is an accident, you don't have to do it!"

As soon as he finished speaking, Deputy Dean Qin suddenly became speechless. He and the dean beside him looked at each other with bitter smiles.

At this moment, the light in the operating room was turned off, and the door was opened. The director of the Department of Gynecology was embarrassed and walked out slowly.