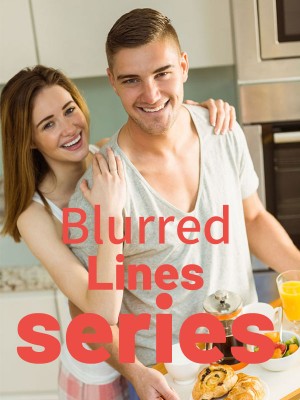 Growing up on the coast of Maine with foster siblings, Caitlyn spent one intense and passionate year falling in love with her foster brother, Heath. Then he left without a word. The betrayal devastated her and made her vow to forget the bad boy. In college Caitlyn has risen above her small town impoverished roots and has joined a sorority, reinvented her appearance, and landed the right boyfriend. But the perfect world she tried so hard to attain is ripped apart when Heath appears one night out of nowhere. Caitlyn remembers all the reasons why she loves him. Out of the military, Heath is as brooding and intense as ever, and he is determined not only to win her back, but to exact revenge on everyone who kept him from her…

EATH SAID HE woUlD NEVER leave me.

He promised that nothing, no one, would ever come between us.

I was lying on the grass staring up at him, overwhelmed at how much I loved him, and how intensely good it felt to have him sliding inside me, my sundress shoved up around my waist. The ground beneath my back was hard, the grass cool and dewy. My body hot. Tense.

"Cat," he murmured, his pale blue eyes locked onto me. "I don't exist without you, you know that, right? You make me who I am."

A year long friendship. A sly flirtation. All while falling deeply in love as we were left mostly alone on the rocky shores of coastal Maine. It had all brought us to that moment of surrender on the grass.

"I love you," I whispered, throat tight. No other words were right or weighty enough to express what I was feeling as I gave him my virginity, my trust. I felt full of him, body and soul, and nothing in my life had ever been so perfect, so important.

"I love you, too." His tongue ran over my bottom lip as he came inside me, and all his words echoed around and around in my head and my heart.

Yet they were promises that were broken. And lies he told me.

Because that was the last time I saw him.

THERE IS A DANGER wHEN you leave the past behind,

and reinvent your life, that at some point you'll look at yourself, and no longer recognize who you see. I felt that way the night of Homecoming, getting ready with Aubrey, our hair, nails, makeup done, dresses on and zipped.

"Oh, my God, we look amazing," she said, smiling at our reflections.

I didn't want to grin, because it seemed super conceited to stand there and smile at my own reflection, but I couldn't prevent the corner of my mouth from lifting up. There was nothing of the teenage Cat in the mirror, the girl with the snarly long black hair who ran around barefoot, berry stains on my fingers. The poor girl who never had the right clothes. There was only Caitlyn, college junior, vice—president of my sorority, well—dressed, well—liked. I had worked hard to be her, and there she was, in a cobalt blue dress, going to the Homecoming dance with her perfect boyfriend, Ethan Walsh.

And somehow she was me.

The ultimate makeover that none of my UMaine friends even knew had happened. They all thought I'd been born that way, like they had. Shit together, supportive families, promising futures. I'd had none of that, and now I did.

"My brother is going to swoon when he sees you," Aubrey said, messing with a curl on her updo. "He's already ridiculously in love with you. This dress will make him go all Byron on your ass."

"Bryon wrote besotted poetry, but he was also involved with married women and most likely was bisexual. I don't need Ethan to pull a Byron," I said, amused, adjusting my shoes. "I kind of like him faithful and into girls, specifically me."

Aubrey and I had been friends first, paired together in a bio lab as freshmen, and through her, I had met Ethan. It had started out between us as a quiet friendship but had grown into something more as I realized that he was solid. Loyal. Hashtag No Drama.

Unlike some people who had to remain nameless because they didn't exist, and I was never talking about them ever again. People who just walked out on you without a word and disappeared from all social media and you heard not one goddamn thing from them in four years and they could be dead for all you knew.

Ethan had never made me cry.

"You ready?" I asked Aubrey. I was excited for the whole Homecoming thing and I didn't want to miss the grand entrance, where all the sorority guests walked under the arch of all the guys' arms at their frat house. It was cheesy and retro, but I liked that about it. There was something awesome about strolling through all the guys, looking hot, having your escort meet you halfway. For someone who never had tradition growing up, I enjoyed every single moment being a Black Bear and a sorority member. "Yep." She pulled on a thick black coat. "You know, it would really be nice if for once it wasn't like five degrees outside for Homecoming."

"If you want that, you'll have to move." I didn't mind the weather. I had always liked that summers were mild, the air still breathable. Fall and spring crisp, the salty smell of the ocean in the air back home. There at school, I liked the dense foliage, the thick snow on top of the trees. It felt cozy to me, even if it was cold.

"You know I'm applying to every grad school down south that I can find that has a forensic psychology program. I'm so over the snow."

"There is no snow outside. It's October and you're being dramatic." I put my own coat on and grabbed my clutch. We made sure the door to her room clicked shut behind us before heading down the hall. The sorority house was quiet, which meant we were late. I walked faster.

"There will be snow. Soon. It pops up when you least expect it. Like a random dude's hard on."

That made me laugh. "Aub, there are warnings before a snowfall, just like there are with hard ons. There are verbal and nonverbal cues." We went down the stairs, holding onto the railing with a death grip. I wasn't that awesome with the three— inch heels and my perspective was totally off. Nothing was going to ruin my night, certainly not a face plant down the stairs.

"You are always so logical. You and Ethan are like the most reasonable people ever." Aubrey hit the bottom landing and moved towards the front door. "I can't believe my date is a freshman. How pathetic is that? I am going to Homecoming with my older brother's frat baby brother. My love life has been reduced to handouts."

I felt bad that Aubrey was feeling bad about not being with someone right then. "At least you know that Colton really wants to go with you. You're a junior and gorgeous and he's totally in heaven."

"Whether he wanted to go with me or not is irrelevant. He couldn't say no to Ethan. My brother runs the fraternity. Colton isn't stupid."

"He's also cute, so what are you complaining about?"

"It's my superpower," she told me, giving me a smile that promptly disappeared when we started down the sidewalk, the wind cutting through our coats and across our legs. "Fuck me, it's cold!"

It didn't seem that bad to me, but truthfully, Aubrey didn't need me to respond. We only had a short way to walk anyway and when we got to the Gamma house, it was completely lit up, couples milling all over the front path and visible through the windows. The receiving line of frat brothers was still in place and music was pumping out the open front door.

"Here we go," Aubrey sighed. "Enter the arch of assholes on your way into the world's most lamest Homecoming dance."

Yet I was grinning while suppressing a girly squeal. Aubrey took all of this for granted but I'd never expected to have any of it, so for me it was everything I'd ever wanted. With poorly hung blue streamers wrapped around the front porch posts to cap it off. The guys started chanting some fraternity call as we walked under their arms and even though Aubrey rolled her eyes, I thought she secretly liked the catcalls and compliments they tossed our way.

One guy mimicked "call me" with his fingers by his face before winking.

I gave him a nod of acknowledgement and paused to take a pic with my friend Jay who yanked me out of the middle for a second, phone in hand.