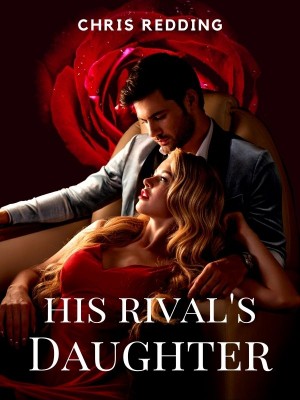 When Brandi Marsing approaches billionaire Zach Wilder, she thinks her job is simple: gain the trust of her father’s greatest rival, and find the dirt to bring him down. Brandi is shocked to learn that the handsome Zach is a better man then she thought, despite forcing her into a fake relationship one day after meeting. Will Brandi remain loyal…or will she fall in love with the enemy? “I don’t need to force anyone into my bed, Miss Marsing.” He straightened. “This will be far more public. Probably painful for you and deliciously so for your father also.” She wanted to gag at his ego. Jail was looking better and better. “Just call the cops.” “You don’t want to hear my proposal?” he asked. “Tell me what I’m choosing between,” she demanded. “You either go to jail. Or...” He let the word hang in the air and she resisted leaning forward in anticipation. “Or, you pretend to be my fiancé.” His Rival's Daughter is created by Chris Redding, an EGlobal Creative Publishing signed author.

Zach's assistant, Kendra, greeted him when he stepped off the elevator that Monday morning. He hadn't thought it was going to be different than any other beginning of any other week. He was ready to kick butt and take names.

He'd made his money buying and selling real estate. His specialty was knowing where the next hot place would be and he would buy up the real estate to sell later on when the price rose.

He didn't have any inside information, he just had a knack for knowing these things. It had served him well and now he owned this office building, among others, but this one had the best view of the city.

“Good morning," he said, his mind already on his day.

He nodded as he walked past. On any given Monday he had more than one deal at different stages of the process. “Did the Johnson Brothers get back to me?"

“Is it about the Johnson Brothers?"

She rose from her desk and smoothed down her skirt. That meant to Zach that she had information that he wasn't going to like. He paused on his progress into his office. “What? They did call and backed out."

“Stop. This has nothing to do with the Johnson Brothers. It has to do with someone in your office."

His gaze flicked in that direction then back to his administrative assistant. “Oh?"

Kendra was a bulldog. She was five feet of pure intense energy and she could keep anyone out of his office. She frowned. “She was very persistent."

“Are you losing your touch?" he asked, a wry smile on his face.

He already knew the answer. Whoever was in his office was already a formidable opponent if that person could get past Kendra. His day was looking up. He already had a challenge on his plate.

“No, she was pushy, and frankly I didn't have the physical capability of holding her off. She must work out."

She? Zach was even more intrigued. A woman got past Kendra. Hmm. “A woman?"

“In my office. I got that part. What does she want?"

Kendra looked down. “She didn't tell me."

“Did she assault you?"

“No. She was just quicker and closed the door and I couldn't open it."

Zach would have paid to have seen that. Must have been a sight, two women playing tug-of-war with his office door. He squelched a smile as Kendra was visibly upset by the altercation. “Okay. No worries, Kendra. I'll deal with her."

All he hoped was that it wasn't someone he'd picked up in a bar coming to tell him he was a father. Short of that he could deal with any situation. He pushed open his office door and paused. The woman was looking out his floor-to-ceiling windows. He glanced at his bookcase that hid the apartment he used when he wanted to stay downtown. She'd look nice in there.

His mouth went dry. What was it about short, powerful women that he loved? He didn't date them, ever, because he was afraid he'd fall for one of them. Having no desire to marry, he didn't tempt fate by spending time with women of substance. He preferred women he was only marginally attracted to.

This one had a butt that he could hold and explore all day. Collecting himself, he strode into his office. “I don't appreciate you forcing your way into my office. Or assaulting my admin."

She spun around and wisps of her blonde hair whirled around her face. She had it up in a neat bun that his fingers itched to let loose. She wore some lipstick and maybe something around her eyes. Not the painted-on look that was popular with too many women. Her porcelain skin didn't need anything else.

From this distance, he couldn't see her eye color, but he guessed green. From the light skin, she had some Irish in her. No red hair, but he'd bet a temper and stubbornness.

He shook himself. None of that mattered. She'd barged her way into his office. “Give me one reason why I shouldn't call security."

“For one thing, you don't have security. I wouldn't have gotten up here if you did. Two, you're curious enough to give me five minutes."

Darned if she wasn't right. He was curious. He nixed the idea that she was someone he'd accidentally impregnated. He had stock in a condom company so that wasn't going to happen. He put down his briefcase and motioned for her to sit. He leaned his butt on the edge of his desk, looking down at her.

“Okay?" He looked at his watch then back at those green eyes. He'd guessed right. “Five minutes begins now."

He liked that she didn't hesitate. “I'm here for a job."

Besides being his fantasy woman in high heels? Would she whimper or would she let loose a yell when she came? He longed to dig his hands into that hair, get her all mussed up. Would she be passive or some kind of tiger? He actually couldn't tell and it intrigued him.

“I have a degree in accounting from Stanford University. I've been running a real estate development office for four years."

“Impressive. Do you have a resume? I can forward it to my hiring manager."

He was done with her. He'd had his fantasy of taking her on the desk and now he was bored. He had land to sell, buildings to renovate and money to be made.

She rose and stood almost in his personal space. She smelled of wildflowers. No, it was honeysuckle. With her standing he had a nice view of her rack. Not too big nor did she flaunt it like she could have. He might have given her more time if she'd shown some cleavage.

“You don't need my resume," she said.

His breath left his body. Kent Marsing, her father, had been his mentor when Zach had first decided to get into real estate. They'd parted ways after a few dirty business deals that Zach wanting nothing to do with. They'd been rivals ever since.

He rose and walked around his desk. When he settled on his chair, he stared at her for a moment. “I remember you with braces and pigtails."

He'd been to dinner at Kent's house more than once and the girl she'd been had stared at him the whole time. He'd thought she had a crush on him, but she'd been a kid then. Now she was all grown up and asking him for a job.

“That was a long time ago."

He admired that her gaze hadn't left his. “I can see that. Why do you want a job?"

“Because I've gone as far as I can in my father's company. He won't let me do more and I want to prove that I am capable."

She placed her hands flat on his desk. “Because as much as you are a thorn in his side in this city, he also admires you. He knows how good you are. If I can make it here, prove to you my worth, he'll see it too."

One part of Zach wanted to send her on her way. She would be a distraction. He didn't want to get involved in the Marsing family dynamics.

Another part of him realized he could get information about Marsing Enterprises from her. He could finally either beat his rival or better yet take over his business. The clean side of it, not the shady side.

Brandi stayed leaning over his desk, her gaze on him as he contemplated what to do. He was a risk-taker and this might be a big one, but he was game.