Home/ Hate to Love You Completed 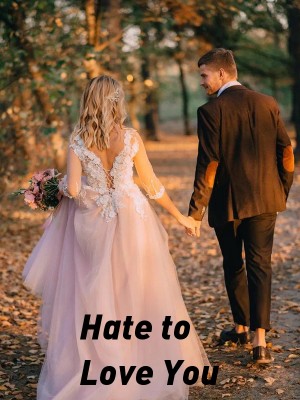 Hate to Love You

Sybron Adell is forty-one and comfortable with his life, mostly. He has eye candy in the luscious form of his neighbor Finn and a job that is stable. Of course, there's always a thorn to be found, and that's Rio Jachetta, Sybron's boss. They're good friends, but sometimes, Rio pushes the limits. Just for fun.<br><br>And then Rio goes too far, with a merger and lost jobs being the least of Sybron's worries. Rio's cavalier attitude is not appreciated by Sybron, who is adept at pouring coffee on thousand-dollar suits, when necessary.<br><br>If Rio wants to fix things, he may have to overcome his natural arrogance and think of others for a change, in order to save his friendship with Sybron. Heaven alone knows if it will work, especially if he wants more.

That bastard had ruined my life simply by existing. Had he ever done anything evil? Not that I knew of. Was he a bad person? I didn’t know that, either. He helped senior citizens move trash cans to and from the curb, petted dogs, tickled underneath the chins of babies, and didn’t seem to mind drool.

How did I know this? Well, Finn was also my neighbor, and I had witnessed all the above myself. No, I was not a stalker. Could I help it if I happened to be cutting the grass at just the right time? And when he bent over to pick up a ball or something, his ass was so…

Without even trying, he had women and men soaking their underwear. That desperately adoring crowd didn’t include me. No, sir. I was too busy despising the man for his perfection. Surely there was something to mar that seemingly untainted persona. He was too good to be true. And I knew better than to lust after a man so much younger than I. Didn’t stop me, though.

Finn was built like Tom Hopper from Black Sails, and just as fine. He had never looked at me twice, or rather, not in the way I would have preferred. I shouldn’t care but…Sure, he said “good morning” when he saw me during the week to get his large mint tea at seven a.m. from the coffeehouse I managed. The fucker only drank decaf! Who does that? Or on the odd chance that I caught his eye when he was outside his house, he remained friendly.

He wasn’t seeing anyone currently, that I could tell. I had watched the parade of people—admittedly few, over the years he’d been here—in and out of his living quarters, finding no rhyme or reason to his preferences, since skin color, age, gender, or identity didn’t seem to matter. And why was I giving this so much thought?

Because I was obsessed, damn it. I wanted someone like him in my life, with his late-twenties passion for everything and sunny personality. He would be the perfect foil to my completely opposite temperament. But if there was one thing I had learned in all my forty-one years on this earth, it was that the pretty, good-looking, successful people stuck together. People thought that clique shit ended in high school. Nope, sorry.

As friendly as Finn was to everyone, including me, he and I were from different planets. Aside from the person he dated, he typically hung out with people like himself—beautiful and well-to-do—nary an ugly duckling in the bunch. He played sports on the weekends, drove a pickup truck twice the size of my Chevrolet Volt, and dressed with impeccable taste, whether it was suits, casual attire, or for a night on the town. He probably had his clothes tailored, due to the very breadth of the man.

He was almost a foot taller than me, and I couldn’t catch a ball with Super Glue on my hands. His skin was caramel-colored, and he had hazel eyes and hair like black ink that hung in perfect waves to his shoulders. I was super pale, with uninteresting light gray eyes and white-blond hair that had begun to be more white than blond, lately, though most people couldn’t tell the difference. I knew, though.

I wasn’t overweight, but I wasn’t skinny, either. Just a body hovering in between with barely any definition, except in the arms from all the boxes I lifted daily. The only thing we had in common, aside from living in the same neighborhood? He bought tea; I sold it.

My point? If Finn Mosley was the kind of guy I wanted in my life, I was going to die alone.

On the other hand, there was Lothario Jachetta—yes, his momma had likely been on drugs when she’d named him, but dear God, had she been on the money. Kudos to her for psychic foreshadowing.

Lothario—Rio, for short—was the regional manager for the chain of coffeehouses in the Southeast, one of them being my own here in Atlanta. He was my height and consistently tan, which made me suspect an in-house solution, and had the most ridiculously curly auburn hair I’d ever seen. No gray hairs, either. He probably dyed it, the bastard. It always fell into his eyes, making him look ten years younger than his forty-three.

He was kick-ass at his job, for which I had grudging respect. Otherwise, he was a tool. Rio hit on every man he met who even gave him a glimmer of interest—sometimes, when they didn’t. He could be very convincing. I’d watched him in action. He never dated employees, though. Not that it was company policy. Just his personal choice. “Made things messy,” he said once. I could only imagine what had happened.