Home/ Sex And Cuteness Ongoing
I divorced my wife because of a passer-by I just met... 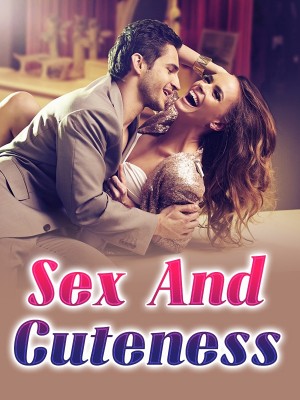 *Warning! Very hot Content! Please enjoy this story; from this sneak peek to the real deal... "You have to endure everything that comes to you with open arms because it's your fault! How can you be this sweet woman? Be prepared because I don't plan to lose this war!" •….• "Let's see how you are going to win this war! You little demon goddess." "Ahh…! You...you are so bad…*sniffs* ...you are not nice… stop!... that's enough!" "Oh...my dear wife!" He stopped and gave her body a good x-ray. "You have not seen anything yet! We are just getting started. Is this how you are going to give that sly old man his precious great-grandson? Tst, tst, tst" He looked at her hungrily and was massaging her body, imprinting his mark on her smooth milky skin... Oh yes! The war has begun!

This is the beginning of the very hotness! Enjoy all chapters all the way! It's good to be an adult! Oh, my! *Whispers, wink and smiles*

"Where the f*cking hell did that girl come from?! I'm so scr*wed...!" Jian Ying creased his forehead and cursed inwardly.

How can such a sweet thing be that way?

Just look at her skin, her face, her hair and even her br**st…! It's just the right size! Oh, my!

Jian Ying!! What are you doing?!

Are you... perhaps lusting after a girl you just met?! A girl like that?!

Jian Ying was drowning! He began to think about the girl he just encountered. He had spaced out and his mind was now clouded with everything about that girl.

He had never really dated anyone again or had any interest whatsoever in women, no matter how beautiful they were.

He didn't even look at women for more than two seconds. If anyone dare come close to him, that woman would be forever sorry. It was that bad.

Jian Ying was already 27 years old, still a single billionaire. His own personal wealth was immeasurable! He was managing his family's companies that were scattered all over the world and also maintaining his own side business.

The Jians' wealth was just too great! His only aim was to work harder just to build the Jian company higher with his skills. Since he was good with it, he had no problem building that empire.

Jian Ying was ruthless, arrogant and did not take any mistake being done by anyone. His employees knew him well and no matter how hard they try, they still fall into his trap. But on that fateful day, he was shocked when he didn't do anything to Chen Lijuan.

How on earth did I allow that girl to leave just like that?!

On a normal day, I would have squeezed her and then drank her juice!

Why on earth did I do that?!

He mumbled. Jian Ying did not know what to make of it. He was trying his best to understand the situation with his smart brain, but the dots couldn't connect and he felt really frustrated. He was still thinking when his brain switched again and in no time, he was drowning himself in the lust ocean. He was thinking how beautiful the girl was. The girl was so beautiful in his eyes, that he could not escape that mind torture.

What is this, Jian Ying?

When did this start, Jian Ying?!

This is not right! This is definitely not right!"

He scolded himself inwardly and could not stop. His face was not bright at all and one could know immediately that there would be danger ahead!

"How can I, "Jian Ying" be lusting after a girl I just met! And to crown it all, a girl like that!

This is unbelievable!! This has never happened to me in such a long...long time!

But why is it happening?

Jian Ying could not believe he was really lusting after Chen Lijuan. He tried his very best to stop thinking about her, but it was of no use. His efforts were meaningless.

Jian Ying fought with himself. He was seriously struggling to shake off that strong force! And right there, he soaked in again.

"Though the girl is indeed beautiful, with a straight nose and milky skin, even in that poor state "Hmmm..."

He sighed deeply as he licked his lips. He was slowly sinking and he had actually forgotten that he was still in his car with his personal assistant.

He paused his speech immediately and he tried to figure out if he was really doing ok.