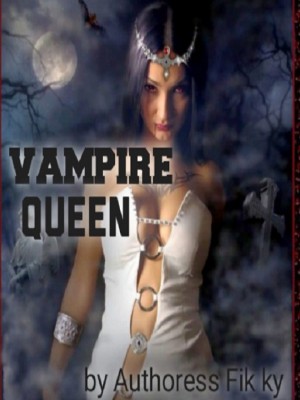 About a prince who is in search of his equal else,he wouldn't be the king he is born to be but after so much searching, later found out her but she is a human and her parents where the killer of his mother. A What fate do you think their love holds?

"I can never be yours, you mother f**king merciless blood sucker monster!"

She said poking his chest while he just smirked.Turning around, she walk down to the door.

Raisng his hand, she was raised by an invisible force which turned her around.

"I told you, you are mine and mine alone!" He yelled with his eyes turning to red.

All of a sudden, all the lights in the room turned off as a result of his anger.

The only light in the room comes from his red fire blazing eyes.

"No matter what, I won't bend to you!" She yelled trying to free herself from the invisible force.

" You are still that beast that live on human blood only! "She yelled again.

He closed his eyes tight before opening it again. His eyes is filled with nothing but range of anger.

"How dear you!" He yelled holding his hand tight. She started chocking.

All what she could see is spinning house but as for him, it's normal...

Meet this two people who comes from different backgrounds.

That both want the same thing but doesn't understand each other.

Meaning their behavior are two different worlds which can never live in each other.

What will happen if they meet each other? Fire works or war ... TBC

Only if she knows what she is doing,she wouldn't have anger a vampire neither would she have fought his decision.

What do you think of this story?

What do you think of venessa and Ryan.

If you want me to add anything to the story, feel free to drop your opinion.

But please, no unpresentable words are allowed.

Please share around for your friends and relatives. Remember Authoress Fik ky loves you so much.

Stay tuned for more of this story coming because it's going to be a blast and I know you wouldn't want to miss out.

A big thank you to NovelCat for allowing me to post this story on their platform.

And a big thank you to Crystal Lei for being a patient editor to me,she is one in a million and an angel sent from God.

God bless NovelCat and their editors.

Also check out one of my story which is rejected

it's also a blast.

For those of you who haven't read it,you are really missing out.

God bless every souls that read, share and vote for my story